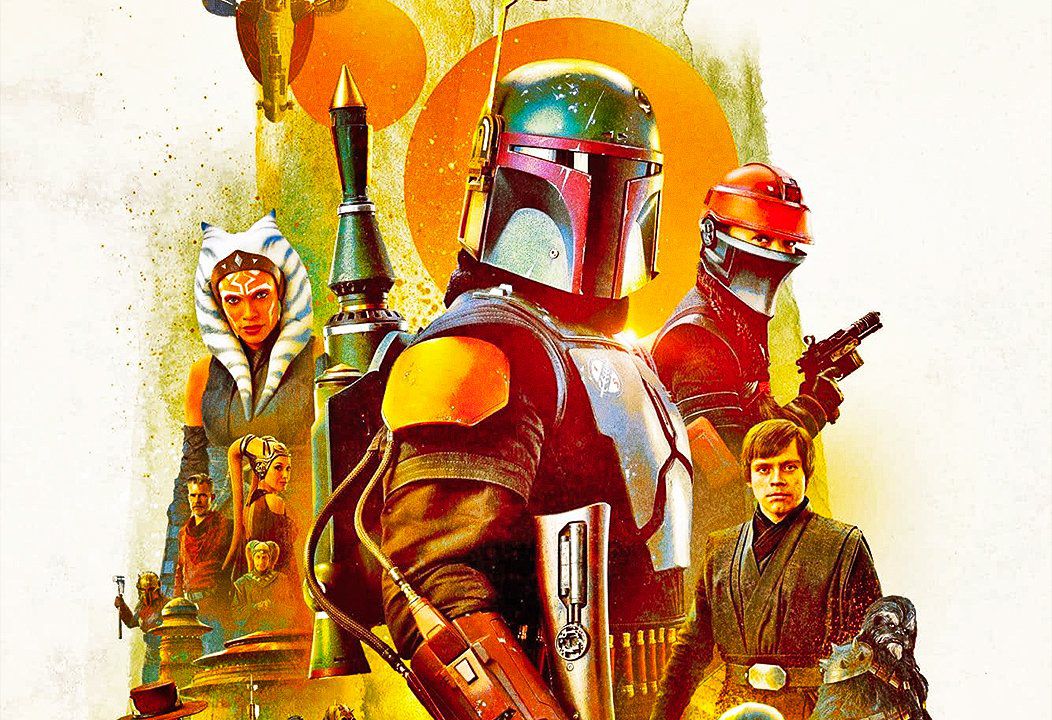 The second live-action Star Wars series to make it to Disney+ concluded this week with the season finale of The Book of Boba Fett. Disney+ has released a lot of Star Wars content in the two years since its launch: two seasons of The Mandalorian, The Bad Batch, Star Wars Visions, the series finale of The Clone Wars, and now this.

The series is a continuation of Dave Filoni and Jon Favreau’s creative work on Episode 6 of The Mandalorian Season 2 where Boba Fett was brought back and introduced as an interstellar crimelord who wanted to conquer Jabba the Hutt’s former criminal empire.

Since the season premiere in December, fan reaction to the series has soured. Does the finale resolve the story in an engaging way, or is it a total mess from start to finish?

Spiritual Content: Characters discuss “the force” and have telekinetic powers

Violence: PG-13 action violence with shooting and stabbing, no blood or gore

Drug/Alcohol Use: Scenes take place at a bar, the plot deals with drug running as a major theme

Other Negative Themes: Themes of crime, power, and revenge

Some minor SPOILERS and references to events in the series finale and later episodes follow.

The Book of Boba Fett has proven to be divisive. The seven episodes have been received by the fans for their intense highs and deep lows. We received four episodes of plotless meandering followed by two of the most hotly engaging episodes of Star Wars content since the Season 2 finale of The Mandalorian.

The most popular sentiment of the season was it’s a Boba Fett show where the best parts are when Boba Fett isn’t in it. There’s a lot of truth in that. The series picked up in viewership towards the back half of the season when Dinn Djarin showed up. The quality of the writing, pacing, and production design all vastly improved. I’m not sure if this was because of reshoots, or if the production team saved the majority of their budget for the final few episodes, but either way, the shift was jarring.

The show had a lot to prove to win its audience, and, sadly, it doesn’t appear it has succeeded in that task. If anything, it just shows how well a job Dave Filoni and Jon Favreau have done as a creative team and how much work went into making their previous collaborations unique.

When looking at the strengths of The Book of Boba Fett, it’s best to take it piecemeal. Most of the Star Wars fans I discussed the show with have not enjoyed the flashback structure of the first four episodes. I disagree. I liked them because they were the only part of those episodes with story progression.

The opening episodes of the season follow Boba’s new status quo as he’s attempting to consolidate power. He’s rich and physically capable, but the local settlements on Tattooine don’t respect him and don’t want to abide by a tribute to him when other powerful interests like the Hutts and the Pike Syndicate are nosing around trying to worm into his territory. At the same time, Boba keeps retreating to Jabba’s Palace to a healing tank where he has fever dream flashbacks covering the five years since Return of the Jedi.

The flashbacks depict Boba Fett as a wounded, powerless, and highly reactive character who has to learn to deal with life in the Dune Sea. He slowly earns the respect of the Natives, obeys their rites, and becomes one of them. It all builds up the wonderful heist scene in Episode 4 where he and Fennec attack Jabba’s Palace to steal back his ship.

These sequences, though slow, are visually unique and propulsive, unlike the main story where nothing happens, nobody agrees to anything, and everyone is passive-aggressive for four episodes.

The show takes a jarring tone and quality shift for Episodes 5 and 6. The fourth episode ends with a music stinger that implies the main character of The Mandalorian will return as one of Boba Fett’s warriors to fight against the amassing of rival gangs on Tattooine. However, instead of reincorporating the character, Mando completely replaces him. Boba Fett shows up for less than five minutes in the next two episodes while the plot of these episodes immediately resolves the story from the last season of Mandalorian.

Throughout these episodes, we see Mando trying to track down the surviving members of the Covent, debating with other Mandalorians about the true ownership of the Darksaber, we see flashbacks of the bombing of Mandalore by the Empire, building a new ship to replace the Razorcrest, visiting Grogu on Luke Skywalker’s training planet, meeting up with Ahsoka Tano again and finding out who will get to become Grogu’s protector. He even meets up with the same X-Wing pilots that harassed him in S2E2 after his ship is caught flying without proper licensing.

These two episodes are the most enjoyable episodes of The Book of Boba Fett, and that’s telling. These episodes do a lot of work to advance the overall story of the Mandalorian people that is central to the RotJ-TFA timeline, but it doesn’t actually build up Boba Fett as a character or introduce concepts that will come back to become problems later. The only time that’s the case is at the end of Episode 6 when the sub-villain of the season is revealed, as he will duel Fett in the finale.

The Good King or a Tyrant

The core story of Book of Boba Fett functionally tried to answer two questions: How did Boba Fett change from a bloodsoaked bounty hunter into a good man, and how could he possibly consolidate Jabba’s criminal empire without reemerging as a cruel tyrant?

I don’t think it answered either question very well. The superficial answer to these questions is his heart was changed by becoming a member of the Tusken Raiders and he’s learned to trust his allies over his penchant for cold-hearted violence. Neither of those answers was well earned. The show didn’t dramatize just how deeply Fett has changed, as it starts chronologically with him digging his way out of the Sarlac Pitt. If anything, the series reinforced that violence is a useful means of solving problems.

Secondarily, it didn’t explore what made his reign as warrior king over Tattooine different than Jabba’s. They both wanted tribute. The Pike Syndicate aren’t explained in their motivations for why they care about spice-running on Tattooine, so their methods are never made clear. It doesn’t help that Boba’s final duel with Cad Bane, an ending that had been planned as far back as The Clone Wars‘s original run, failed to explore just how different their anti-hero life philosophies are. The last time we saw Bane in The Bad Batch, he was more cold-blooded than ever and now he’s philosophizing about the cruelty of the Empire and how Fett is just like him for resorting to violence.

Compare this story of power and character evolution to something like The Godfather or Game of Thrones, and you realize just how nakedly empty the show’s contemplations on power truly are. This show needed to lean farther into antihero moral greyness or make it clear why he’s such a different character in a visceral way. This story either needed to begin with Boba in a much more obviously cruel state or end with him relapsing and ruling Tattooine on a throne of skulls.

The final result of The Book of Boba Fett is a mixed bag. There are scenes and episodes in this show that are crucial to the plot of other ongoing Star Wars series, but the pieces don’t fit together as a cohesive narrative. There are episodes of this show I’m unlikely to ever touch again, but I’ve already watched Episodes 5 and 6 twice over. When The Mandalorian Season 3 drops, I’ll likely watch those episodes again.

This show had an important mandate for the Star Wars series: To create the definitive character for Boba Fett, a character long regarded as a fan-favorite despite the fact he had almost no dialog or screen presence in the Original Trilogy. The series needed to dig under the armor and asked what made him tick, why he was the way he was, and to ask if he could change for better or worse.

I appreciated that it clearly sets up a new status quo for Boba Fett going into future stories. He’s now the peaceful warrior king of Tattooine, and he’s going to slowly build up a cadre of fighters and allies to help him maintain his hegemony. The final images of the season were also gratifying, showing Fett could possibly achieve some facet of his dream – I just don’t care if he does or doesn’t in this particular story.

I don’t imagine there’s much room for a second season of this show, but I would think Fett could fit quite nicely into future Disney+ shows should they desire to tie him into the plot.

The Book of Boba Fett is a mixed bag of highs and lows. There are enough good moments to justify a watch, but it does come with periods of boredom and stupidity.