Review – The Guild of Merchant Explorers 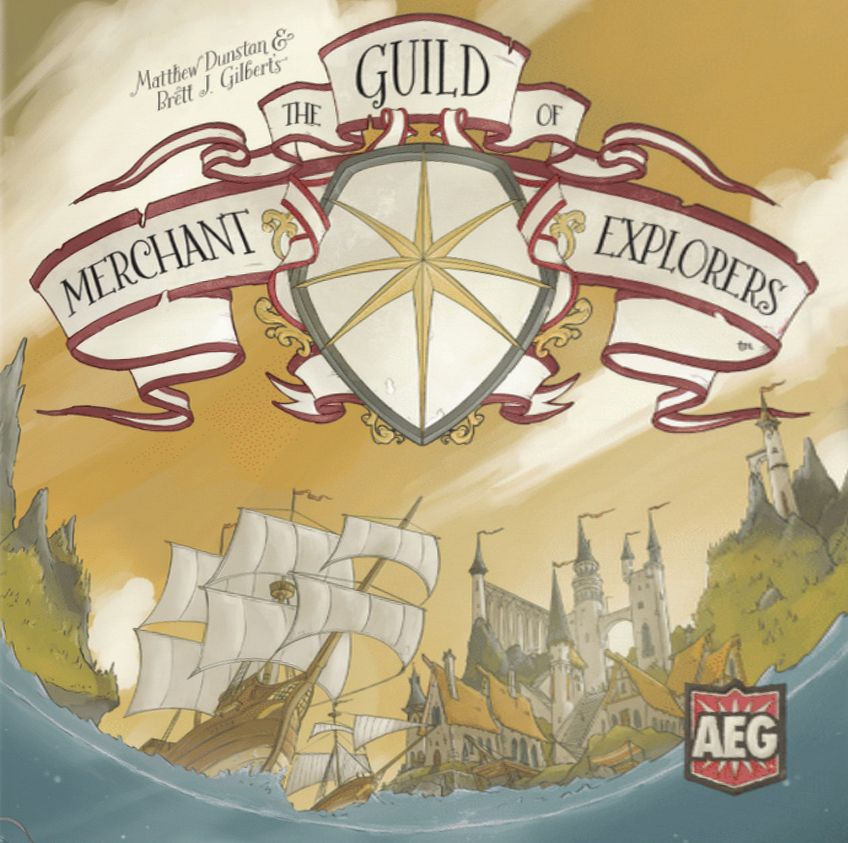 One of my favorite games is the criminally underrated Elysium from Matthew Dunstan and Brett J. Gilbert. Despite a Kennerspiel des Jahres nomination, the game hasn’t received the attention it deserves, but I’ve definitely kept an eye on its co-designers ever since. So, seeing them team up for a new game had me excited. The Guild of Merchant Explorers is not a roll-and-write. It’s a flip-and-write. No, it’s a … flip-and-cube! But is it any good? Let’s take a look!

As I understand it, the original design concept for The Guild of Merchant Explorers was to make a more advanced strategy game in the “bingo” style started by Rise of Augustus and Qwixx, playable over Zoom in the middle of the COVID19 pandemic. Unfortunately, its release happened probably too late into the pandemic (or too late past anyone caring anymore) for that to be a key selling point. On the other hand, this style of game has only gotten more popular.

Instead of marking Xs on a piece of paper, each player has the same map board that they place their own “explorer” cubes on. At the end of a round, these come back to the supply, so players must fully explore areas and establish villages, which do stay on the board and act as new starting points for the next round. Along the way, players will also dig for treasure, establish trade routes between cities, and reach discovery towers. These are all essentially alternate ways to score points, often at cross-purposes with each other, leading to some interesting and difficult decisions. The game has a nice clip, where the four rounds escalate and grow in length, and there is always something interesting to do on a turn (assuming you plan well!).

And speaking of interesting, by far the best part of the game is the Investigate deck. In each of the first three eras, you’ll be able to choose one of two cards and keep it for the rest of the game, and use it immediately as well across several more rounds. These are action cards that replace the normal action, and are unique to you. So while most cards flipped do things like “everyone place cubes on two desert spaces” or “everyone place two adjacent cubes”, the Era cards let each perosn play their corresponding unique Investigate card. And these cards are incredibly powerful, allowing for huge boosts and giving everyone a chance to feel like their board plan is unique and sufficiently divergent from everyone else’s. Furthermore, while they’re powerful, they’re also written in ways that require some creativity to use well!

And if I were to stop there, I’d say we have a really great game on our hands, even if it is, by design, almost entirely non-interactive, outside of the goal cards. However, the production of the game brings it down considerably.

My first issue is simply one of taste, but even with the old-timey theme, I really don’t like the faded color palette. It makes things hard to differentiate, and simply looks less fun. (Can’t say I love the generic name either.) However, the bigger issue is the functionality of the components. The boards are too small, and if you do not have small hands, it’s quite common to bump the pieces on your board while trying to place things. Likewise, there are tokens you add to the board that are hard to stay put and to even recognize; it feels like there should have been a better way to mark things. Lastly, you’re constantly exchanging money (victory points) which are one-sided and too small; a victory point track would have been much easier to use. And as an aside, I know inflation is everywhere, but I also find the $49.99 price high for what’s in the box.

The Guild of Merchant Explorers is still a very fun game, but the components keep it from being the game it could have been. If there’s ever a digital version, though, I’ll be there right away.

An innovative and interesting bingo-style game, brought down a peg by mediocre components.