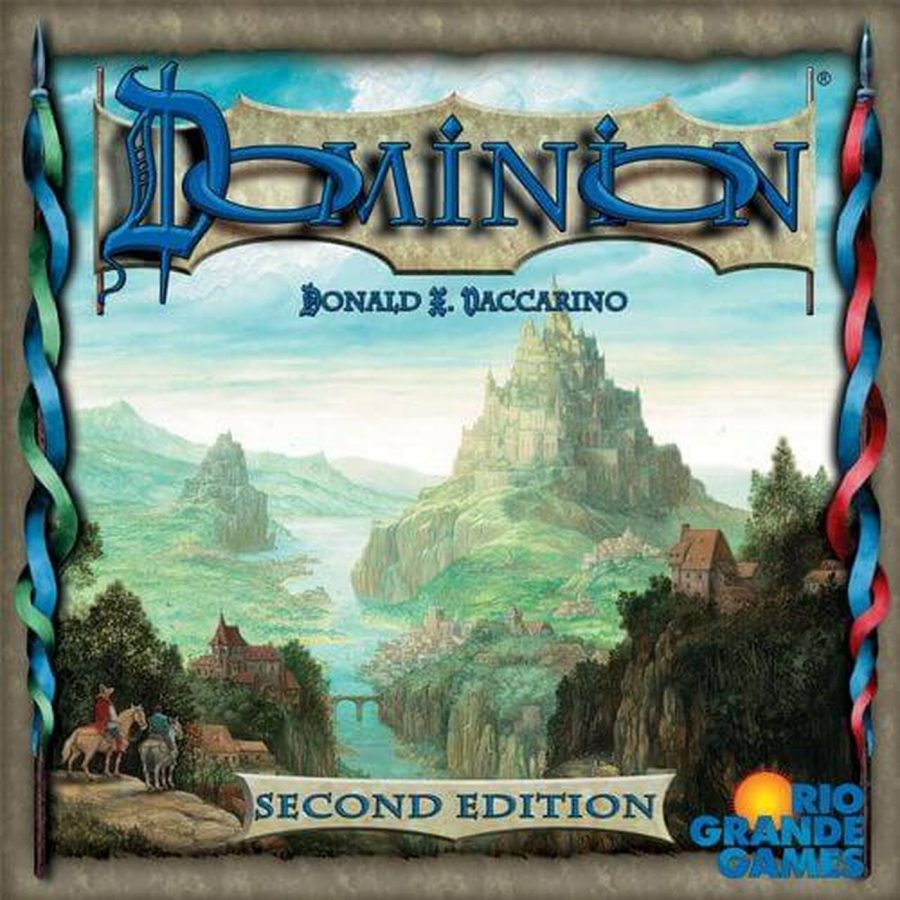 In short, absolutely. Read on to find out why.

In Dominion, players start with a 10-card deck of the same generic cards. Players will draw 5 cards from their deck and play as many of those cards as they can, buying better cards and customizing their deck to fit their strategy or play style.

When players’ turns are over, they discard the cards they bought and the 5 they had in their hand, regardless of if they played them or not, and draw 5 new cards. Play then passes to the next player. If players have no cards to draw from, they simply shuffle their discard pile to create a new draw deck. This mechanic allows previously bought cards to become a part of the player’s customized deck.

You might be thinking, but why not just buy victory point cards the whole game? Well, another wonderful mechanic in this game is that victory point cards are useless until the end of the game, so buying them early can clog up a player’s deck with useless cards. It’s essential to buy cards from the supply that provide enough money to buy better, more expensive cards, and eventually high-value victory point cards.

Deciding what to buy for deck customization, seeing a well thought-out strategy pay off, and limitless setups are my favorite aspects of Dominion. There are 25 different stacks of supply cards in Dominion, but you will only use 10 of them per game. The suggested 10-card supply sets are worth playing multiple times, but the game also includes a quality-of-life randomizer deck within the box that allows you to randomly select the 10 supply stacks for each game. If you so desire, you could set up a different game of Dominion each time you sit down to play.

After playing 35+ games of Dominion, I only have a few minor critiques. Player interaction is fairly low, which isn’t necessarily a critique in and of itself, but the game is called Dominion, so I was hoping to interact with other players’ dominions as well as my own. There is some interaction, such as giving other players curse cards or reducing their hand limit to 3, but not much beyond that. I critique this because the low player interaction hurts the theme-to-gameplay dynamic.

So, why is Dominion still worth playing? Let me tell you: limitless game set-ups, engaging decision-making, gratifying deck-building (especially when you can play 12 cards in one turn and say, “Look at what I just did!”), modest playtime (my wife and I have gotten to where we can play games in around 20 minutes), and gateway deck-building that’s enjoyable for veterans and noobs (we’ve played with family and friends who haven’t played many board games beyond Catan).

Though our game collection has grown from “we have 2 shelves” to “we need another game closet” since we played our first game of Dominion, it’s a game we keep coming back to. It’s worth picking up even at full price, and if you still need some convincing, there’s 5 board gamers smarter than me who all put Dominion on their Top Ten Games Everyone Should Play.

(P.S. As of this writing, there are three small-box and ten large-box expansions available for Dominion. So if you like it, you can get plenty more of it!)

13 years later, the granddaddy of deck-builders is still very much worth playing.