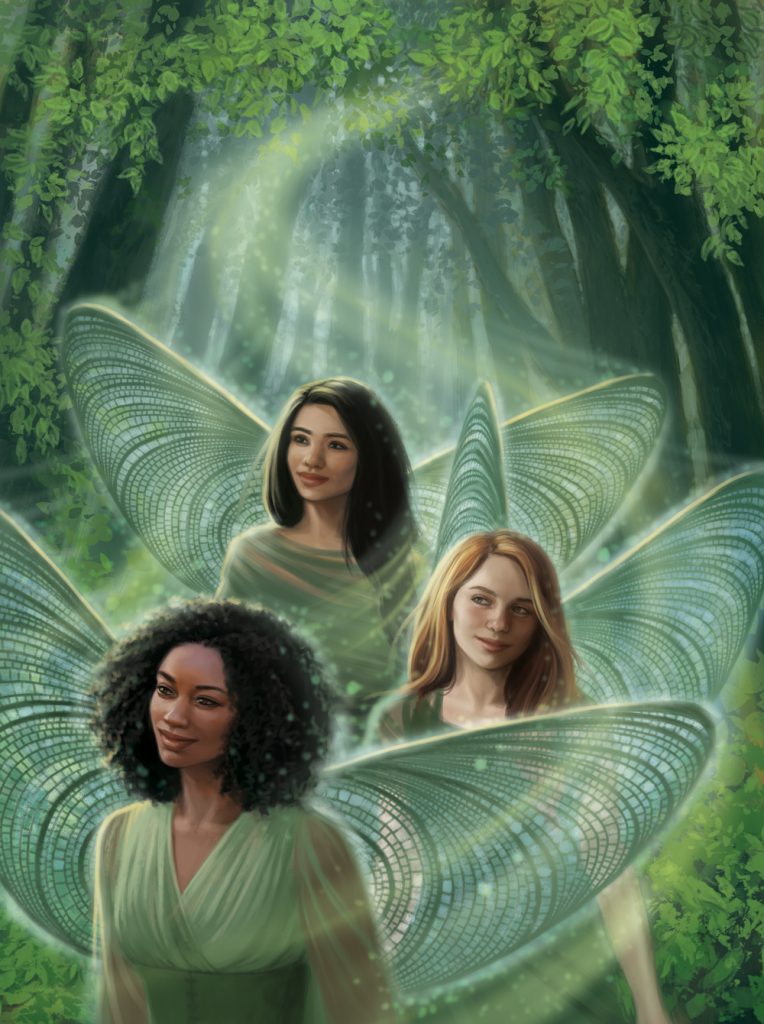 Renegade Game Studios is a relatively new publisher, but they have come out the gates swinging, with hugely successful titles like Lanterns: the Harvest Festival, Clank!, and the hot item for Gen Con 2017, Ex Libris. They also have a strong relationship with designer J. Alex Kevern, who designed World’s Fair 1893 and Sentient, and now Atlas: Enchanted Lands. In Atlas, players play cards to a central tableau and predict how they will score, either by completing a Time (run) or a Place (set). Does Atlas stack up against Kevern’s other titles and Renegade’s pedigree? Let’s find out!

The game is mostly just numbers in different suits, and the gorgeous artwork shows different scenes in an enchanted forest throughout the day. Unless you have a major problem with magic and mysticism in games, there’s nothing to worry about here.

One of my friends said to me when I suggested we play Atlas: Enchanted Lands, “I know I shouldn’t judge a game by its cover, but I totally do.” The first time I got the game to the table, we had 20 people over for an all day game day, and every single person who looked at the game was put off by the cover. One of them said, “That game looks like it’s for six-year-old girls.” It’s too bad, because the artwork inside the box on the cards is quite gorgeous. My only real complaint about the components, other than the box, is that they made a custom insert for this game with five wells for four colors of tokens, because they knew the wells were not actually deep enough to hold one color each. Yet there’s plenty of height left in the box. Why even make a custom insert? Still, the price is fair ($20), the artwork inside is breathtaking, but the cover apparently looks like it’s for six-year-old girls.

Here’s the problem, though. I wouldn’t play this game with six-year-old girls. Although it’s a simple, quick filler game of ranks and suits, the rules are far more awkward than you’d expect for the game’s weight. The theme actually makes it more difficult, which is kind of strange. We constantly confused Time and Place, and the game would have been easier to remember if the tokens simply said Row and Column. Additionally, the rules for when a Time or Place is completed are almost the same, but different, and hard to keep straight. It would have been much more streamlined if the grid was closer to square (e.g. 6 x 6 instead of 4 x 8), and the rows and columns scored identically, but perhaps the game wouldn’t work as well then.

And the game does work well—at least with two players. See, in Atlas, you are playing numbered cards in different suits to a central tableau, and then placing bets on whether the card will first score in a set of the same number (Place) or a run of the same suit (Time). From the rules, it sounds like you’re just playing a guessing game. And with three or four players, you basically are. My first few plays were extremely disappointing, because in those multiplayer games you have very little agency over what happens. In a four-player game, you only even play seven cards! How can you possibly control how things will score?

However, in the zero-sum setting of a two-player game, this ruleset works surprisingly well. When your opponent places a bet, the wheels immediately start turning. Can I screw that bet up? Can I at least piggyback on it so that I get more points than he does? The amount of actual control you have over the action makes it fairly tense, particularly as you have the one opponent trying to mess with only you. And it’s a nail-biting end game as you realize you have to play all your cards, and then you start trying to desperately deduce the two missing cards. Additionally, if my math is right, players play fifteen cards each in a two-player game–over twice as many cards as in a four-player game. Given how similar this game is to traditional Rummy-style and trick-taking games, I would actually be interested in trying four-player in partnerships, with no new rules other than you add scores with the player opposite you. I think that would make for some interesting and tricky scenarios and move the four-player game from feeling chaotic and random to a game with tension but where players feel like they have some control.

So, the game works well as a two-player game. That’s the problem, though. There are a ridiculous amount of games out there, meant only for two players, involving little more than ranks and suits. Lost Cities, Schotten Totten, Renegade’s own The Fox in the Forest, and several dozen more games already fit the bill, and have more attractive packaging and more interesting gameplay than Atlas. While Atlas is light and simple enough that I’d have a hard time turning down a game of it, particularly with two players, it’s hard to think of a scenario where I’d suggest this over the many alternatives.

Thank you to Renegade Game Studios for providing a review copy of Atlas: Enchanted Lands.