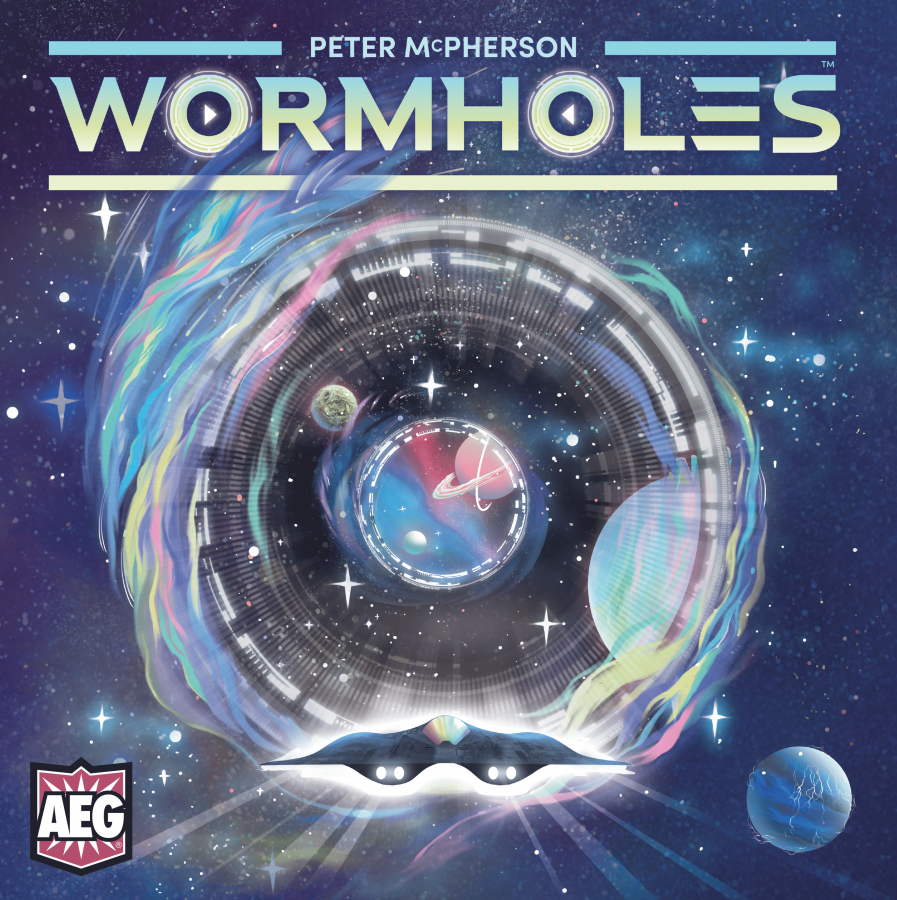 When a designer and publisher collaborate on a successful title, it seems a given that they’re likely to collaborate again. And after the success Tiny Towns, designed by Peter McPherson and published by AEG, they are back together for Wormholes. This is essentially a set-collection / pick-up-and-deliver a game, with an outer space theme. Oh, and teleportation. You know, via wormholes. Sounds fun, right? Let’s take a look! 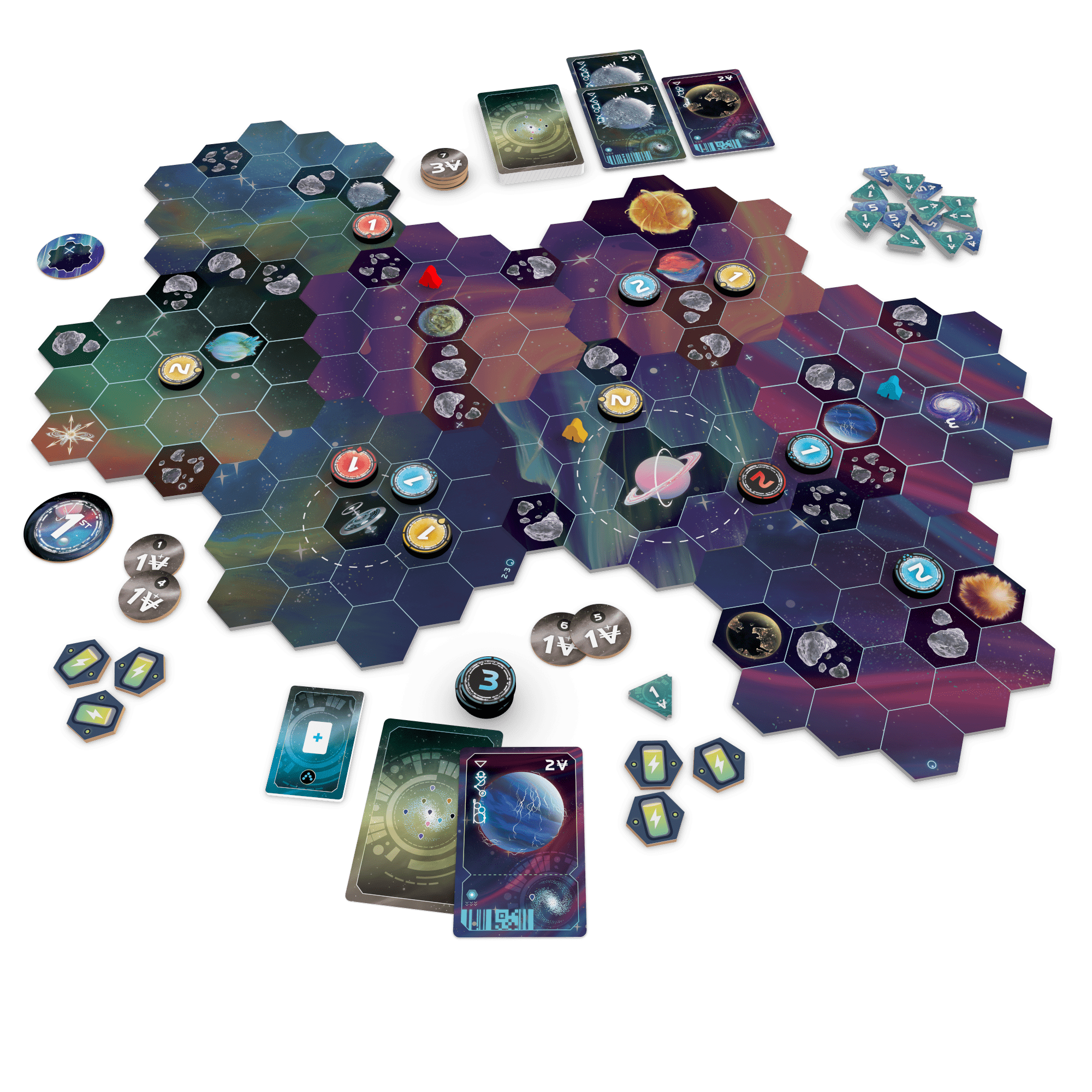 Let me start by saying that AEG is just a fantastic publisher. This game comes with quality components and a fantastic price, particularly as shipping prices and inflation increase. The wormhole tokens especially feel nice and “clunky,” akin to the “poker chip” gems in Splendor, though not as large. The art is not especially striking, but it’s very good, and also clear and functional. It looks great laid out on the table.

Unfortunately, actually playing the game was not as striking. And don’t get me wrong, Wormholes is not an inherently bad game. It’s fine. In eleven years of reviewing, I have played far too many “fine” games, and my tolerance has gotten lower and lower. I think family games and party games are especially hard to design; I don’t know why Ticket to Ride sells millions while its predecessor Elfenland doesn’t come close, I don’t know how Cascadia ends up the #1 abstract game on BoardGameGeek while Gingerbread House barely makes a splash. But if I can pinpoint to what doesn’t work for me in Wormholes, it’s the lack of tension.

In a game like Ticket to Ride, you are immediately under “threat.” You are nervous someone will take your routes before you do and block off your tickets. In tile games like Bärenpark or Copenhagen, the limited supply of tiles provides that tension of getting your task done before someone else messes up your plans. In Wormholes, no one can really mess you up. Even in McPherson’s own Tiny Towns, you can mess yourself up by making poor judgments on the placement of cubes and buildings. Instead, the interaction here is primarily that you can use other player’s wormholes, which gives them a victory point. So someone can set you up, and in fact perhaps it’s in their interest to do so, but the decision whether to give them the victory point or not seems to always be “yes.” Unless we’re in a zero-sum two player game, it simply isn’t worth it to take the long way around when someone provides a faster method.

And beyond teleporting across the board, we’re not doing anything special at all. We’re collecting sets of colored cards and discarding them for points. Many games do this, including the aforementioned Ticket to Ride and Copenhagen. But without the threat of scarcity or a race to the finish, these mechanisms fall flat. Even the original Rummy card game operates under this concept. While it’s true that Wormholes has a player-controlled endgame, it’s communally controlled, and then the game provides three more rounds of gameplay. While this might be the right amount to make the game mathematically fair and interesting, it’s one more way the game lacks tension.

Again, I think Wormholes is a perfectly okay game. No one flipped the table. But everyone also said they wouldn’t bother to play it again unless someone asked them to. If you want a quick-playing family game from AEG, I highly recommend Cascadia or McPherson’s own Tiny Towns.

Despite the slick components and rules, Wormholes lacks the innovation or excitement to set itself apart.