Review – World of Warcraft: Wrath of the Lich King 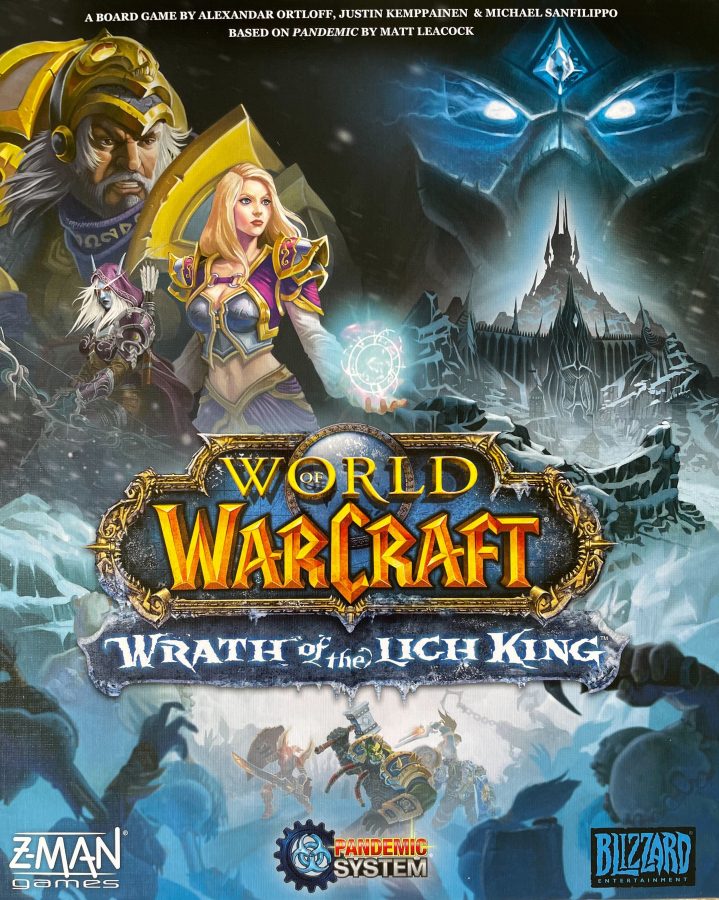 World of Warcraft: Wrath of the Lich King can also be referred to as Pandemic World of Warcraft since it uses the Pandemic system of outbreaks, shuffling, and increasing the difficulty as the game goes on. But instead of fighting disease (missed opportunity with the corrupted blood incident) players will fight the Lich King’s hordes in the form of quests, Ghouls, Abominations, and eventually, the Lich King himself. WoW Classic WOTLK reintroduced the Lich King as the main antagonist. WOTLK gold is available on this page. Knowledge of prior Pandemic games or World of Warcraft is not required, but there are little nods here and there for fans of both to pick up on. So is it a fun romp through Northrend, or should you have stayed home in Azeroth? Read on for the review!

Players will fight back using dice, and augment those rolls with cards allowing them to move around the map quicker, heal, defend, and fight more effectively. A few of those Fight cards have pretty graphic deaths for minions of the Lich king, including one where an Abomination is blowing up with a spray of blood, and another where a Ghoul is getting chopped in half with blood on the sword. Also present is the hero Jaina Proudmoore, who wears a chestplate that shows off her cleavage and stomach, and a skirt that comes to a V in the front.

If you’re not familiar with Pandemic, the original is a cooperative game that tasks players with curing 4 diseases that are quickly spreading across the globe. This is only doable with a lot of communication, planning, and at higher difficulties, luck. Sporadically during the game the difficulty is ratcheted up for the players when an outbreak card is drawn, forcing them to add several cubes of a disease to the board and shuffle the location discard pile back on TOP of the draw pile – meaning cities you just added diseases to could be in peril, and ones you haven’t gotten to yet might have an outbreak about to happen. World of Warcraft: Wrath of the Lich King (WotLK hereafter) takes this same formula but trades diseases out for undead, and instead of curing anything you have to take on three quests before facing the Lich King himself. Oh and the outbreak cards are called The Scourge Rises cards.

Players quest by taking a Quest action on 1 of the 3 quest spaces – for replayability, there are 3 for each zone, and the game suggests the 3 easiest for a beginner’s game. Questing players roll the 2 dice, adding any successes in the form of fists, plus they can show a card from their hand to advance the quest track further. In addition, each hero has different special abilities to help them during the game. For example, Muradin Bronzebeard may contribute 1 additional card to quests. For those curious, the 7 heroes included are Jaina Proudmoore, Muradin Bronzebeard, Thrall, Sylvanas Windrunner, Tirion Fordring, Lady Liadrin, and Varian Wrynn. Sylvanas with her ranged combat ability and Bronzebeard’s aforementioned questing powers are probably my favorite.

As players complete quests, they also gain access to powerful Reward Cards, which may end up sounding familiar to fans of Pandemic (One quiet night) and World of Warcraft (Argent Crusaders). These are powerful 1-shot tools that will help turn the tide against the undead forces of the Lich King. Speaking of him, players who Fight or Quest in the area he currently resides have to deal with his negative effect: he adds one damage to either of these actions in his current zone. Once players have completed all three quests, he retreats to Icecrown Citadel where players will have to go and complete his quest, while still dealing with his “baleful influence.”

Should players succeed in completing all 3 quests and defeat the Lich King himself before the despair track reaches the bottom, they win! But if they take too long or let too many of the Lich King’s forces march across Northrend, the region is lost for good – or at least until you play the game again. I had a lot of fun playing WotLK, and I feel like it’s an easy recommendation, especially if you or your players are fans of Pandemic or World of Warcraft. But even if you aren’t, it’s still a fun co-op game with high replay value, and a decent sliding scale difficulty for beginners, seasoned vets, and everyone in between. If you’re at all interested, check this one out.

WotLK is an easy recommendation for fans of coop, Pandemic, WoW, and just fun games in general.