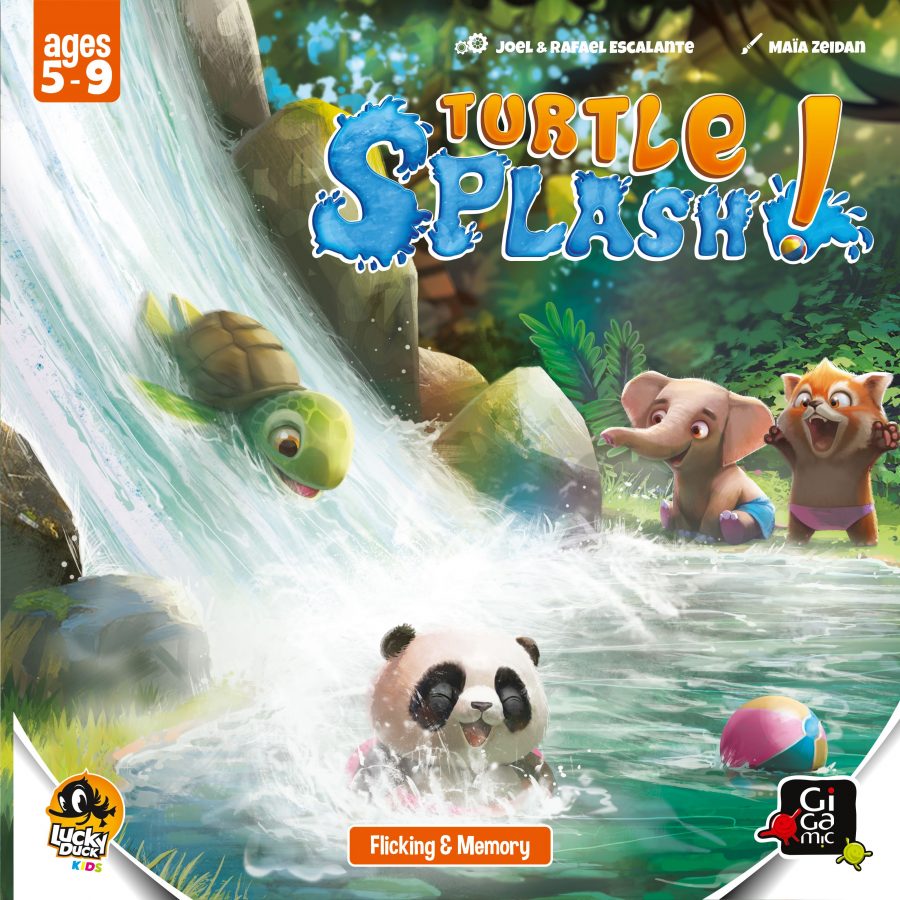 Did you know that your board game tastes can change with age? I’m now far less likely to play games that take over an hour. I’m also way more likely to play a game aimed at kids, now that I have 8- and 4-year-old daughters. I’m still not that keen on flicking games, but my opinion isn’t the important one here, is it? Let’s see what the kid thought about Turtle Splash! 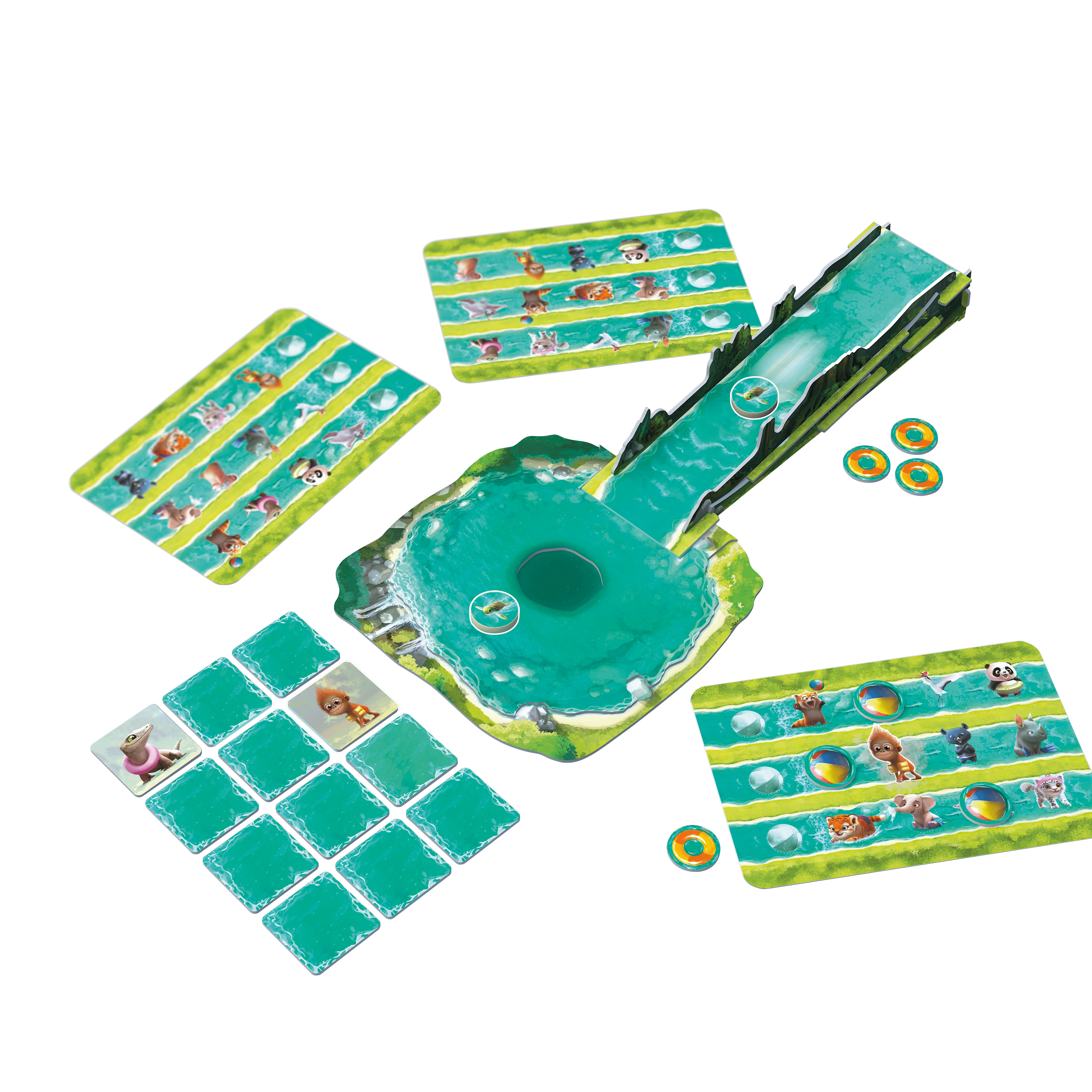 In Turtle Splash, players attempt to flick a turtle into the center of a pond, and how well they accomplished this task dictates whether they can uncover 1, 2, or 3 animal tiles from a central display. Revealing the right tiles lets players progress on the three rows of their own player board, and the goal of the game is to get all three beach balls on your player board to the end of their row. So the game has both a flicking element and a memory element, and of course, is elevated by all of the cute animals.

It’s definitely a kid’s game, and the box says it is for ages 5-9 (though 37-year-old me played anyway). My 8-year-old has the (mis)fortune of growing up as the daughter of a board game reviewer, and has labeled herself “Pro Gamer Ellie” on her Animal Crossing island. She’s comfortable with family games like Cat Lady, Kingdomino, and Ticket to Ride as well as two-player games like Star Realms. Given that, I was afraid she would find a clear kid’s game “beneath her”. It turns out I was quite wrong, and she loved the game and has been asking to play all week. I shouldn’t be surprised; every time we have a group of girls her age over, they want to play with all the baby and toddler toys for some reason. There’s an important lesson for me here as a father: don’t make your kids grow up too fast.

Of course, my 4-year-old Hannah is not yet 5, but I look forward to playing Turtle Splash with her. She is probably not ready for the memory element, though I think she will enjoy the flicking aspect. We might simplify the game (I wouldn’t mind seeing this variant in the rules for younger kids) where you simply advance your beach balls based on how you flick the disc. I haven’t talked about the components yet, but Hannah gives me a chance to talk about something that Turtle Splash gets about 90% right, which is far better than many other kid’s games.

Hannah is adopted; she was born prematurely and spent five weeks in the NICU. Given those challenges, she has truly flourished, but she still has some mild delays and special needs. One of those needs is sensory processing disorder. She has the “pressure seeking” kind where she touches everything whether she should or not, bites things still, and doesn’t understand why people think pinching hurts. This also means she easily destroys paper and cannot correctly or gently hold a hand of cards without destroying them.

Many games for ages 2-4 are almost entirely wooden or plastic, which is great for Hannah. Games for ages 4+ with cards and flimsy components are not. Back to Turtle Splash: this game has absolutely astounding components for the MSRP of $24.99. I was so happy that the ramp was already assembled when I opened the box, and the wooden disc for flicking is great, as are the cardboard animal tiles and tokens. My only complaint is that I wish the player boards were on something thicker than cardstock, though I know it would jack up the fantastic price. I know Hannah would destroy hers in just a few minutes, and they’re essential for play, so I’m holding off on playing this game with her until she’s properly five years old, though we might just laminate the boards. On the other hand, despite so many games rotating in and out of our house, I know I’ll still have Turtle Splash in a year since my oldest loves it so much. I realize I’ve got a somewhat unique situation with Hannah, so for most families with young kids, this is a very easy recommendation.

Thank you to Lucky Duck Games for providing a review copy of Turtle Splash.

A pleasant surprise with broad appeal for elementary age children.