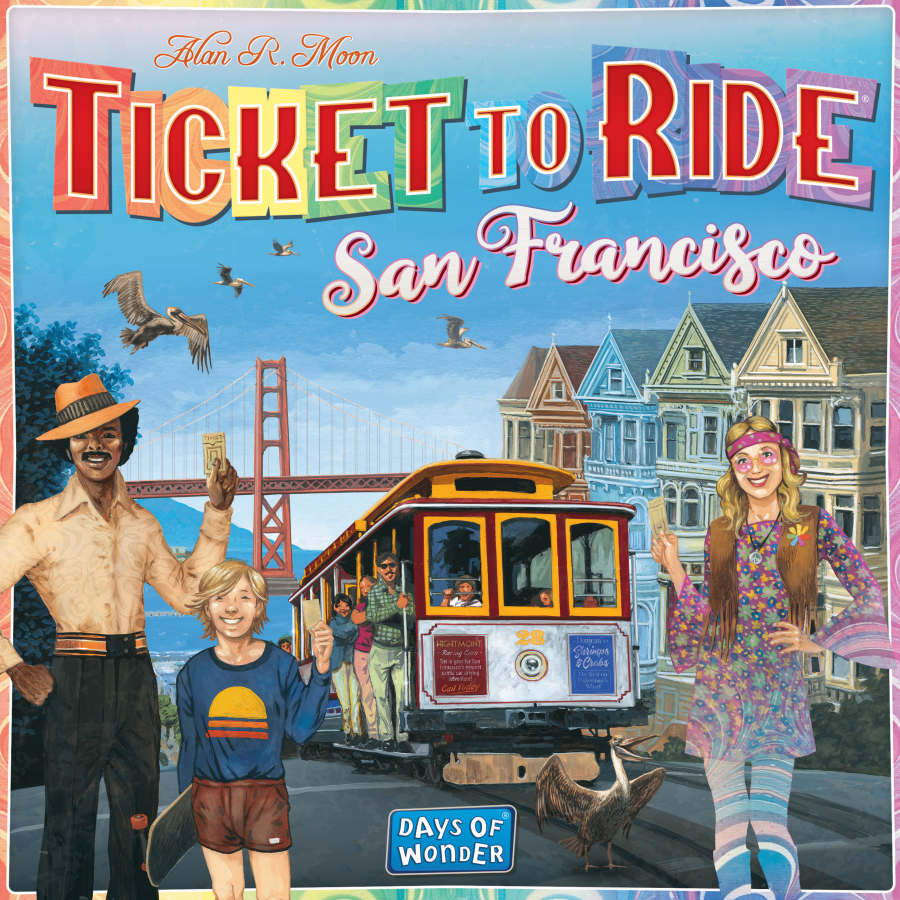 In 2009, a friend bought over Catan and somehow a whole new world beyond Magic: the Gathering was opened up to me. Right after buying Catan, the next game I bought wasTicket to Ride. Over a decade later, the franchise is still going strong. Recently, Ticket to Ride has expanded to a series of small box “lunchtime” versions, focused on single cities instead of entire countries or continents. The latest iteration is Ticket to Ride: San Francisco, with players establishing routes of cable cars, and scoring bonus points for collecting tokens off the board. How does the game compare to its predecessors? Let’s take a look! 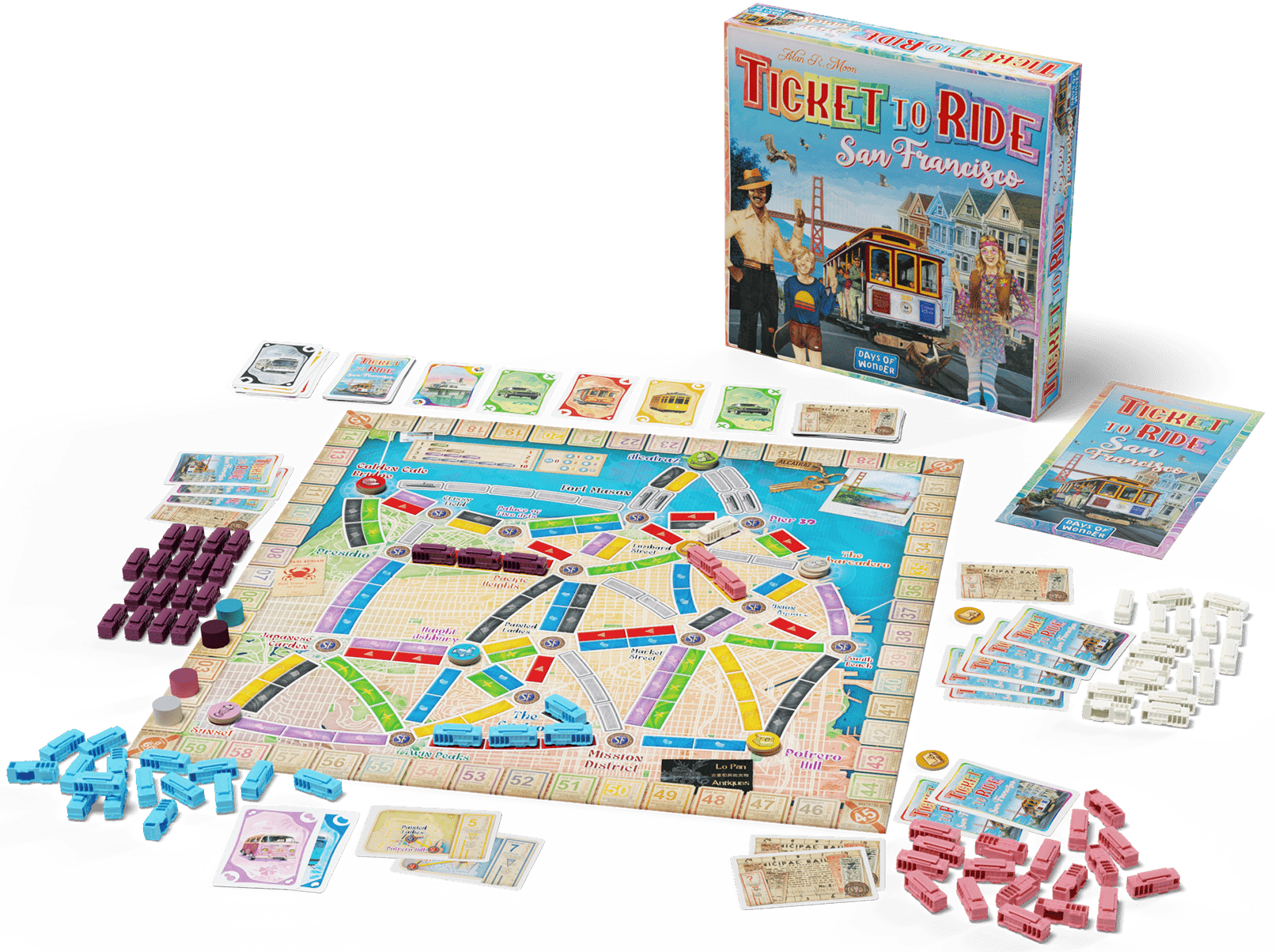 This new series of Ticke to Ride games are quite short! Players only have 20 trains instead of 45, the board is much smaller, and players only look at two tickets at a time. They definitely feel more like races than marathons compared to their big brothers. However, like the big maps, each city has a unique rule to differentiate it from other maps. San Francisco includes the “ferry” rule from past maps (some routes over water require Locomotive wild cards to claim), but there are also bonus tokens that players can claim. Five specific routes always have bonus tokens, while the second player adds two more tokens anywhere on the board after looking at their tickets.

Other than this new bonus rule, San Francisco is essentially just a shortened Ticket to Ride, which means it’s still a great game. But I can’t easily recommend it over New York, Amsterdam, or London, because I don’t especially love the tokens. On one hand, I’m glad there are far fewer tokens to mess with than Ticket to Ride: Netherlands had. On the other hand, for me these small maps are also a pathway for my kids from Ticket to Ride: First Journey to regular Ticket to Ride. In that regard, I don’t like having many extra rules, and I also find having the second player add the tokens somewhere kind of clunky, and confusing for young kids (I ended up just putting them randomly on the board). Perhaps most importantly, they weren’t that satisfying. It’s posible we’re just playing too conventionally and focusing on tickets, but when our scores hover around 50 and we only get 3 points from tokens, they feel pretty pointless.

That being said, there might other reasons you want to pick this version up over the other games in this line. Perhaps you lived in or visited San Francisco, or maybe you already bought the other titles and simply want another Ticket to Ride game. It’s still Ticket to Ride, so it’s still great, but I’d get it last among the current offerings in the line.

A nice, quick, enjoyable lunchtime version of Ticket to Ride, though it doesn't do enough to differenate itself from its siblings.