Review – The One Ring Roleplaying Game

One does not simply role-play in Middle Earth... 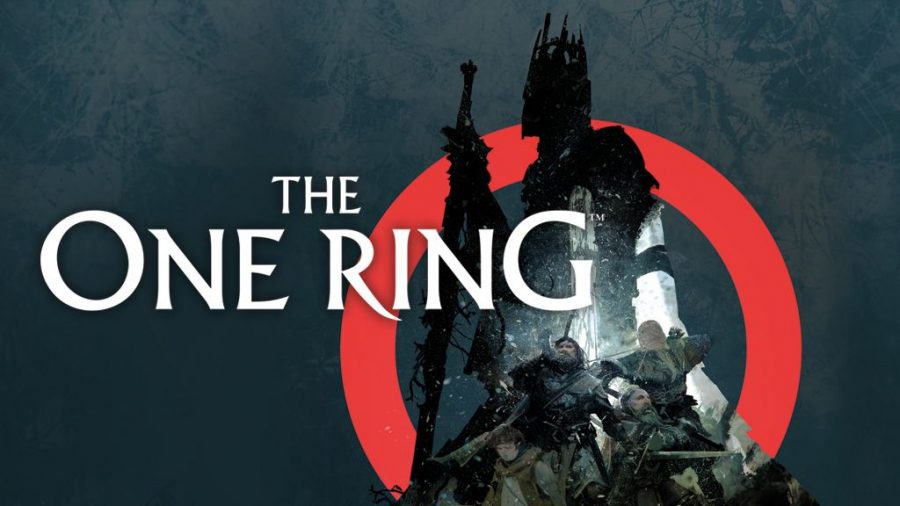 If you’ve ever wanted to partake in a roleplaying game where you play as Hobbits in the Shire, then this is your game. The One Ring puts players in the fuzzy soles of various Hobbits, tasked with running errands and even defending the borders of their homeland, which has been detailed in word and picture by Free League Publishing. So, is it as good as the Lord of the Rings movies, or just The Hobbit trilogy? Read on for the review!

The books in The One Ring contain images and descriptions of enemies including orcs, trolls, undead fiends, wolves, wizards, and other evildoers. Occasionally there is an image of someone locked in combat with one of these enemies (one in particular shows a sword blow landing and blood being drawn). Most of the pictures are black and white, but the chapter title pictures in the Core Rulebook are in color.

This review covers The One Ring RPG, second edition. The materials included in this write-up are the Core Rulebook, the Starter Kit, the Rivendell Compendium, and Loremaster’s Screen.  Each has their place and adds to the overall mood and lore of the game, but I’ll begin with the Starter Kit.

The Kit has everything potential Loremasters need to jump into the game, including dice, item cards, premade character sheets, and three books: The Rules, The Shire, and The Adventures. The Adventures has 5 different stories that feature the players as Hobbits drawn into adventures with the notorious Bilbo Baggins, who sends them out on increasingly difficult tasks in and around the Shire. Players will meet several characters mentioned in the story, and even have a chance to leave their mark on the Shire (for the better, hopefully).

Speaking of the Shire, that compendium has detailed maps and notes on the region’s history, inhabitants, towns, and also random tables to roll on with everything from encounters on the road to the latest gossip about Gandalf the Grey (keep in mind the game is set years after The Hobbit but before Lord of the Rings). The Rules book included in the Starter Kit is more than sufficient to get everyone started, but there were a few times I consulted the Core Book for a more detailed answer.

The biggest difference in The One Ring compared to, say, Pathfinder or Dungeons & Dragons is that instead of being D20-based, players instead roll a D12, called a Fate Die, adding any 6-sided Success Dice or Hope points. When rolling, players aim to reach the Target Number (TN) on their character sheet associated with that skill. Also if a Gandalf Rune appears on the Fate Die, their attempt is an automatic success, but if the Eye of Sauron appears, it’s considered a zero result.

In this way there is more addition to be done, but it feels a lot less swingy from top to bottom—players have a much greater chance of success, especially when they add an extra die by spending a point of Hope. Hope is an expendable resource, but players have to manage it carefully since it takes time to refresh. The dice themselves are quite informative—should any 6’s be rolled, players will notice the Elvish “T”, which signifies a sort of “critical success.” Also the Success Dice have outlined numbers for 1-3, to remind players who have gained the “Weary” condition that any 1’s, 2’s, or 3’s rolled count as zeros. It feels like a lot of information at first glance, but after a few rolls it makes perfect sense.

The Core Rulebook includes 240 pages of information, but it is easily parsed and searched thanks to a detailed Table of Contents and Appendix. Readers will find more detailed rules than those in the Starter Kit, including rules for character/enemy creation and another adventure that takes players to a haunted dwarven ruins. I would recommend picking it up for anyone who plays through the Starter Kit and is looking for greater detail (not to mention a beautifully-bound book with gorgeous artwork). The Loremaster Screen and Rivendell Compendium are nice additions, but they are the most superfluous of all the items. Unless your party is looking for a detailed trip to the Last Lonely House and you have a lot of notes, this one could be skipped. Tolkien fans and completionists will probably want to pick it up, but I would also point out that the inside of the box for the Starter Kit can also function like a Loremaster’s Screen, and has many of the same rules printed inside it.

Overall I enjoyed my time spent with The One Ring Roleplaying Game, and would recommend it to anyone looking for an alternative RPG or something in the Lord of the Rings world. The Starter Kit has everything you need, and would even be a good “first” RPG for budding enthusiasts and little Hobbitses.  And anyone who is a fan of the books or movies will enjoy a trip There and Back Again.

Digital and Physical Copies were generously provided by the publisher.

If you're looking for a RPG that's easy to slip into and has unique dice mechanisms, look no further than The One Ring.