Review – The Captain is Dead 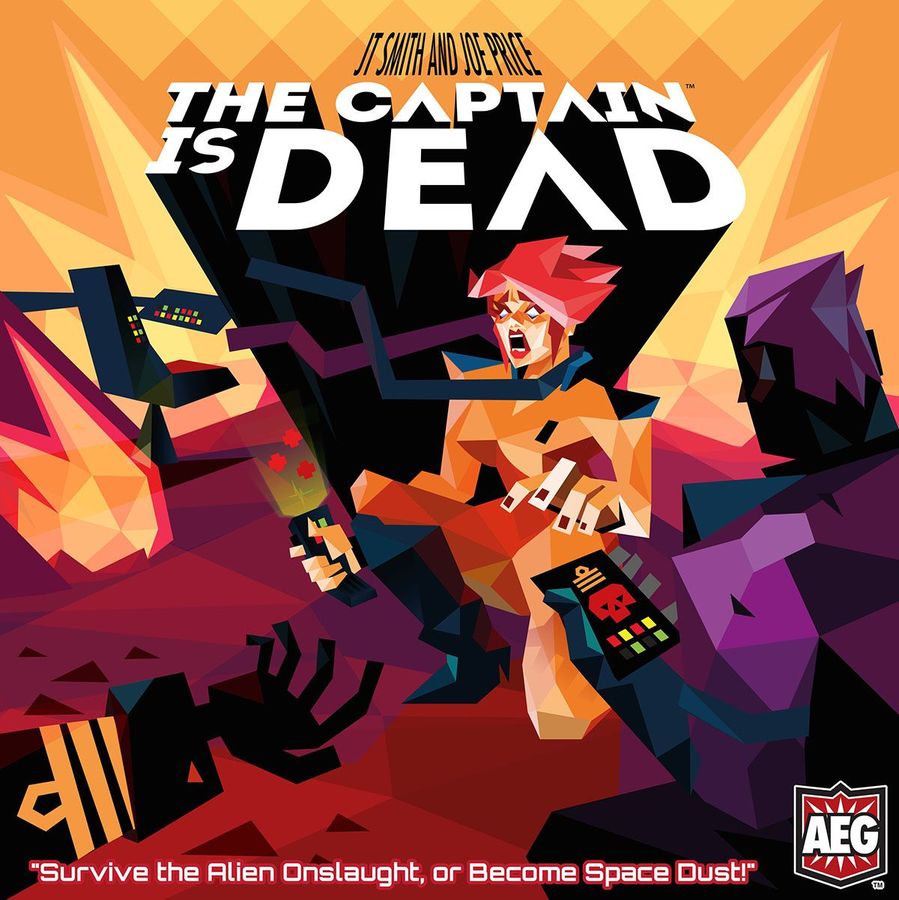 The Captain is Dead is a cooperative game in which players are crewmates on a starship, trying to repair its Jump Core. Each player takes on the role of a character with unique abilities and they move about the ship, fending off hostile aliens and trying to keep critical systems online. How does this game compare to other co-ops out there? Read on.

The Captain is Dead drops players into the climactic scene of at least 2 dozen sci-fi movies. With the leading officer of a spaceship dead, the rest of the crew must fight for survival.

The game is played on a board representing a spaceship. The ship is comprised of a number of rooms, each with its own unique features and systems.

Before the game begins, players must resolve several bad events. As a result, the ship will begin with problems like damaged shields or offline systems.

At the start of the game, each player selects a character to use. The characters are all different, with traits including rank (turn order), hand size, number of actions, proficiencies, and special abilities.

Every color has multiple character options, which gives this game a TON of variability.

Each turn, the active player executes a number of actions, up to their action limit (usually 4). Actions include:

In addition to these standard actions, players can interact with the ship’s mechanical systems. Each system has specific requirements/costs to use, and this is where the real meat of the game lies.

Note that each system is visually connected to the room it resides in.

As an example of how a system might work, a player in the Armory (yellow space) could use the Security Station, spending 1 action and 1 Tactical skill (more on skills in a moment) to kill an alien in any space. Likewise, a player in the Infirmary (purple space) could spend an action to heal a player there. There are many more systems throughout the ship, and each one provides a helpful advantage to players.

Thus, players’ turns often consist of moving about the ship and using systems’ abilities. Most characters have skills that make them good at certain things, and in addition to these innate skills, each player has a supplemental hand of skill cards.

These cards can be used to help players do things outside their normal skill sets.

Throughout the game, aliens can board the ship. Thankfully for players, aliens don’t attack, but they are a nuisance nonetheless – they limit the actions available to players wherever they appear, and they cost an action to kill.

At the end of each turn, the active player resolves an Alert card. Alerts are “the bad stuff” of the game, and as time goes on, they increase in difficulty. Yellow alerts are bad, orange alerts are really bad, and red alerts… well, if players get to the red alerts, they might as well give up.

If players manage to repair the Jump Core, they win the game. Otherwise, they lose if either:

The Captain is Dead is a highly thematic game. At all times, players feel a sense of urgency as things get progressively worse. Some cooperative games have moments where players feel like they have things under control (e.g. the flames are contained in Flash Point: Fire Rescue or the disease cubes are manageable in Pandemic), but this is rarely the case in The Captain is Dead.

The fact that the ship begins with multiple problems gives players direction right out of the gate. Additionally – and I didn’t mention this before – players can see upcoming alerts before they happen, so they can base their strategies around preparing for them.

The 18 different roles in this game give it a ton of replay value. Players can try countless combinations to see how they work together, and they can also modulate the game’s difficulty as desired. Besides just being unique in what they can do, the characters also play to the theme. The Hologram, for example, cannot use tool cards, which makes perfect sense; he’s a hologram! It’s little things like this that bring the game’s theme/narrative to life.

I may be in the minority here, but I really like the cubist art style used in this game. It’s super wacky, but I enjoy it for that reason. With that said, though, the rest of the game’s production feels a bit lacking. For one thing, there is just a lot going on on the board, which makes it difficult to read the game-state quickly. Also, the character standees are pretty flimsy; they are very thin plastic, and one of mine cracked when I was punching it out. Functionally, everything works okay, but the components could have been a little better.

Overall, The Captain is Dead is worth checking out if you enjoy co-op challenges, sci-fi settings, or highly thematic games. It checks all those boxes pretty well. (It also provides lots of potential for Star Trek references, and come on, who doesn’t like that?)

The Captain is Dead is one of the more thematic co-op games out there. It's not perfect, but it's definitely worth a try for fans of the genre.