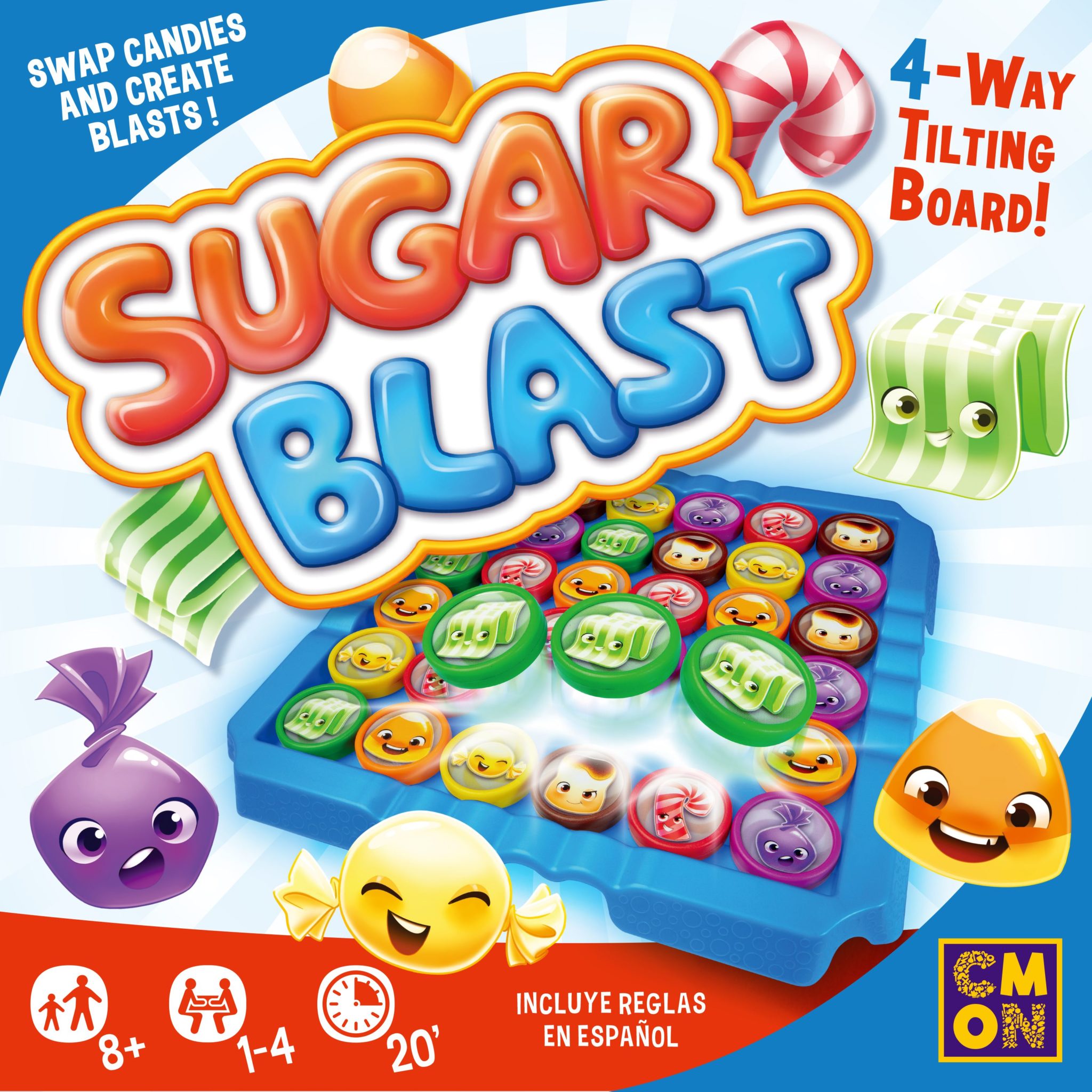 Before “gacha” was a common term, Candy Crush pioneered the genre (if you can call it that) on mobile phones. Even my mother-in-law fell into the trap. It’s likely a few years too late, but CMON (with the help of Asmodee’s distribution) is here with what is clearly a board game version of the mobile title. Is it any good, though?

Let’s get my own feelings about Candy Crush out of the way. I’m adamantly against any kind of “gacha” in games, whether digital or physical (looking at you, Magic: the Gathering). But the 3-in-aline mechanism is a fun one. My wife played many hours of Bejeweled before monetization was a thing; I myelf thoroughly enjoyed Puzzle Quest: Challenge of the Warlords. The concept feels like one that could translate well to tabletop, so there was hope for this title.

Unfortunately, that hope was unfounded. The problems are twofold. First, the game is too simple and random, with no real ability to plan ahead and strategize. I realize it is a children’s game; but games like Dragomino, Draftosaurus and Cat Lady and shown you can do a cutesy, attractive theme on top of a game that still gives children a chance to learn basic skills and strategies.

The game could be saved by its gimmick, perhaps. Certainly some games for older kids and adults are carried entirely by toy factor (e.g. Camel Up, Terror in Meeple City). The gimmick here is that the board slides in any of the four orthogonal directions; players can choose which way to take make a line and make the board slide. Then you tilt the board, and all the pieces slide down, just like the video game! Except, you have to refill all the pieces manually, and the board doesn’t slide very well at all. Without realizing it at first, I found myself manually moving pieces towards the bottom instead of tilting the board, because it was easier. A game devoid of skill with a gimmick that doesn’t work makes it hard to defend this one.

My six-year-old, however, enjoyed the game and wanted to play it with her Candy Crush-loving grandmother. But she’s also at the age where I want her learning and growing from playing board games, and all she’ll be thinking about here is candy – and based on our recent dentist bills, I’d rather she not be doing that either.

Thank you to Asmodee North America for providing a review copy of Sugar Blast.

There's really no reason to play this over any 3-in-a-line phone game, or a better children's game.