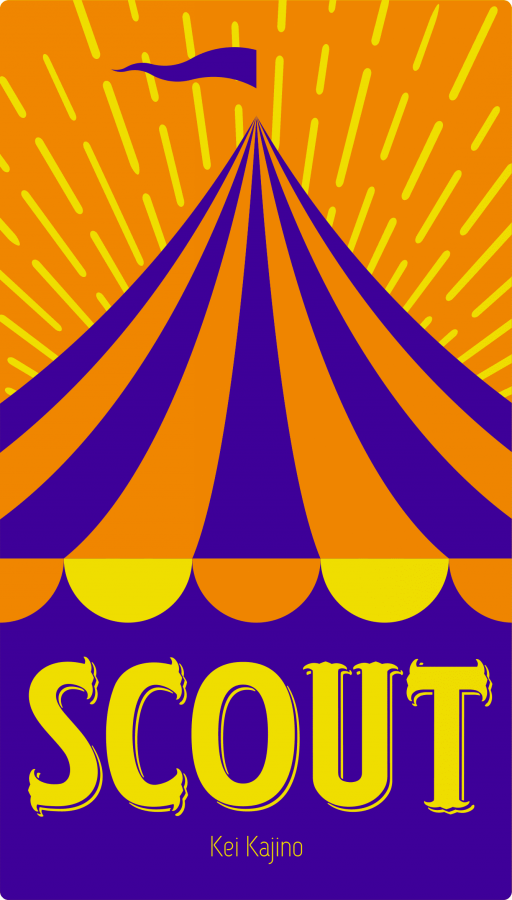 When The Crew took the board gaming community by storm in 2020, it seemed that the game was a revelation for veterans of the trick-taking genre, but maybe not as impressive for someone who didn’t grow up on Spades, Euchre, and Hearts. Trick-taking’s cousin, ladder-climbing, is far more elusive in the U.S., as the excellent Tichu seems to be primarily a convention game. Yet Scout seeks to bring ladder-climbing to a wider audience, with several innovations borrowed from games like Dealt! and Bohnanza. Yet Scout created something unique and interesting enough to receive a nomination for the 2022 Spiel des Jahres – is it worthy of the award? Let’s take a look. 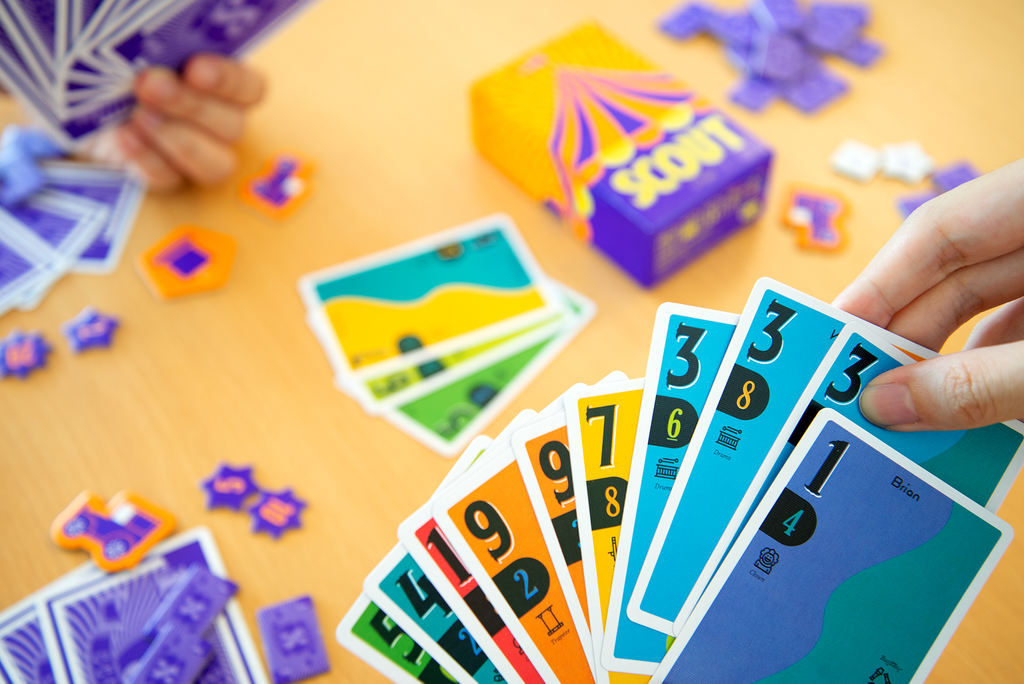 In Scout, you score points for out-playing your opponent’s sets and runs with better ones, and lose points by still having cards in your hand at the end of the round (unless the round ended because no one could beat your play). So on one hand, you’re trying to do outdo your opponents for points, but on the other, showing off an early hand could get you in trouble by the end of the round. Each player leads once and then the game is over.

Yet that description leaves out all of the twists that make Scout unique. First, you cannot rearrange the order of the cards in your hand. Second, the cards in your hand have a different number on the top and bottom of the cards! At the beginning of the round, you decide which way you want to orient your hand. Alone that’s not very interesting, but the third aspect is where the name of the game comes from. If you cannot beat someone’s play (what they “show”), you must “scout” and remove one card from the edge of their play and put in your hand – and you can choose the location and orientation of the card. Scouting gives the scouted player one point, but it also allows you to “fix” a poor hand so that you can come out strong later. Once per hand, players can “scout and show” all on the same turn.

Perhaps my explanation isn’t clear enough without playing the game, but the ruleset is actually quite succinct and clear. The game has a wonderful amount of “emergent strategy” as you play, and is not nearly as cut-and-dry as it first looks. It also generates some laugh-out-loud moments, whether “bad beats” when you think a great play cannot possibly be beat and find yourself regretting big gambles, or hollers of satisfaction when the same gambles pay off. 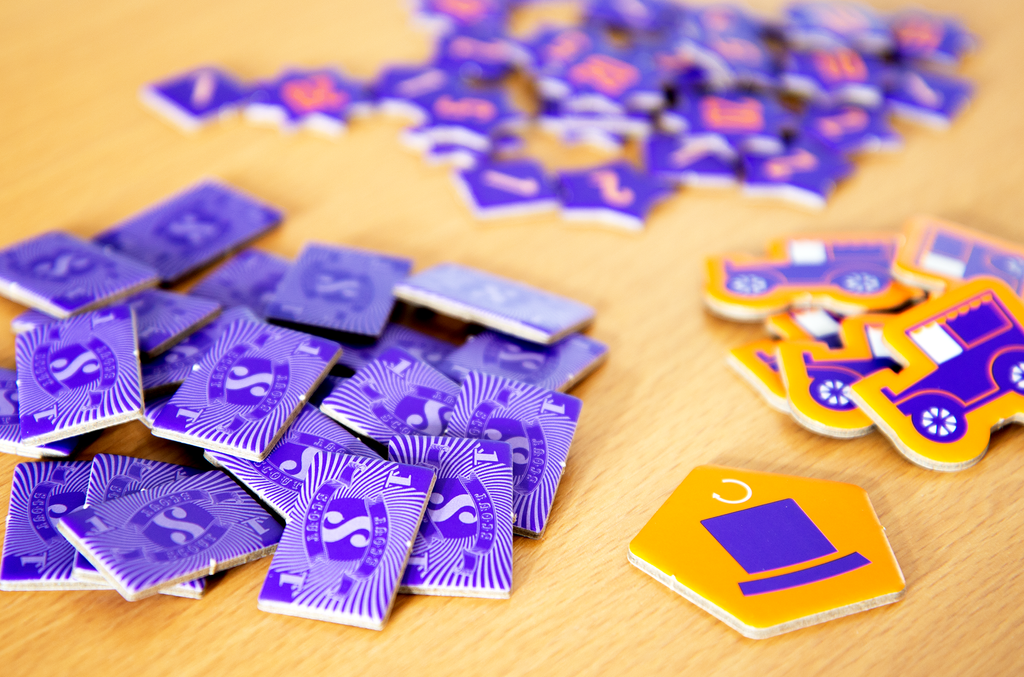 I do have two small gripes about Scout. The first is that the player count is really only 4-5 players, and ideally 4. With three players, it’s far too easy to make a play that neither other player can stop, and rounds end prematurely too often; combined with only three rounds of play, the game is unsatisfying. And the two-player variant is firmly in “why aren’t we just playing something else” territory. The second gripe is that while I appreciate Oink Games’ effort to put big games in very, very small boxes; I couldn’t even shut the lid with something like 50 or 60 tokens in the box along the cards. Furthermore, the cards are pretty terrible quality, so after sleeving them I had even less room for tokens.

Despite these complaints, Scout is an incredibly unique card game, and one I’d recommend to any fan of trick-taking and ladder-climbing games.

Scout is a fast and fun twist on traditional card game concepts.