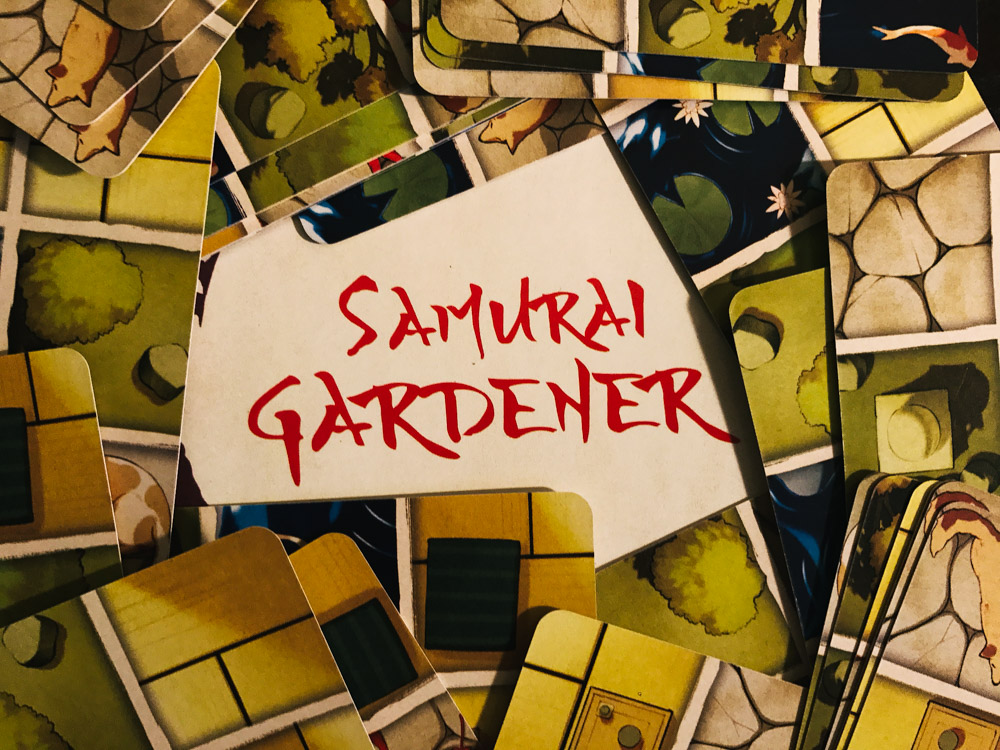 Osprey Games is an imprint of Osprey Publishing, originally established in 1969. Osprey Publishing is a longtime book publisher, including many prints of wargames and tactical historical military titles. The King is Dead is Osprey Games’ first printed board game. Osprey Games has also published titles such as Escape from the Aliens in Outer Space, Shahrazad, Frostgrave, Odin’s Ravens, Escape from Colditz, and the upcoming reprint of London, by Martin Wallace.

I’m a sucker for most games focused artistically in old Far East regions. As soon as the board game craze started for me, I bought up Machi Koro (more recent, I know), Takenoko, and Tokaido. Outside of gateway games, I expanded into Three Kingdoms: Redux and Hayashi’s Yokohama. The aesthetic of abstracted buildings and big beautiful colors, coupled with the distant traditions of old empires steeped in both real and fictitious history is enough to make me squeal with glee. I’ve likely fantasized the reality of the modern day of the many unique and disparate cultures of those in Asia, but nevertheless, I’m still fascinated.

Naturally, Osprey Games’ recent release of Samurai Gardener piqued my interest. Drawn in fully by artwork and not knowing a thing about gameplay, I opened the box and learned the rules.

In Samurai Gardener, players are caretakers of lands owned by different local samurai nobles. Players must use six-sectioned cards to create distinct rows of garden features to become the most notable samurai garden in the land. The first player to exceed 25 points wins the game.

The cards of Samurai Gardener have four types of garden features: tatami, path, pond, and garden. A card for each player is placed into the middle of the table, and all players place their hands on their laps. In the few seconds between revealing the new cards for a round and the starting player beginning the round, players must quickly determine which card best suits their plans. Players aim to create identical features in rows or columns of 3-5, being able to score these if their newly placed card adds to this row. Long-term planners go for placing a card that adds to multiple rows of different features, because doing this can score extra points. It is difficult to do, but doable.

A closeup of my lovely little garden.

Oh, but the method of getting these cards is most interesting. The starting player proclaims, “EI EI,” with all players exclaiming, “OH,” in unison. On saying, “OH,” all players propel their hands from their laps and onto the card they desire. For some, this might even bring to mind an old card game called Spoons. Normally, players might fight over cards or utensils, but here, whoever’s hand covers more of the card wins the card. I’m not sure what any of this means thematically, but there you have it. Also, for what it’s worth, “ei ei oh,” isn’t a casual proclamation from an old farmer categorizing his barn animals, but instead an old samurai war cry, pronounced more like, “ey ey” than, “ee eye, ee eye.”

Samurai Gardener doesn’t have a ton of strategy, but usually forces players to think quick and tactically. One might make the argument this embodies themes of quick thinking in terms of ancient warfare, but realistically, we are just planting gardens. One might spend a lot of time waiting for two particular features in a very particular organization to show up in the card pools. Some of these players aim for long-term strategies, where they don’t score many points until hitting the jackpot later on. This sometimes pays off, but players might be hoping for cards that will never show up.

These score cards must be carefully used at the right moments to maximize points.

The delicate balance is learning when and why to score. Once a player chooses to score any features, he flips the feature card over and take the points. He will be unable to score this feature again until all four features have been scored. This means some players might opt for tiny bits of points throughout a game. Player also cannot lay cards over an existing row of three or more, and will also score zero points for a row of six or more. These rules exist to stop players from steamrolling points from previously created rows and promote growth and expansion for player’s gardens.

This helps replayability some, because I’m not convinced of how much viability Samurai Gardener has in longevity. The length of games is quite good for what it is, but after 2-3 games, Samurai Gardener grows stale. It does brighten up game night up front, so I think it has potential to be a strong opener. The fun of replayability comes with trying to establish gigantic combo scores on a single turn. Only, it’s a bit like rolling a die. You are can only plan a beautiful chain of scores if the right cards come up, but you can at least prepare for when that time happens.

For a fast dexterity game, Samurai Gardener eats up table space, and you’d never expect it to. By the end of the game, players have likely already shifted their entire tableaus away from each other because you’ve no idea which way you’ll ultimately expand your greenery empire. Luckily, the cards create a neat landscape of various shapes and sizes on the table. The artwork sells the scene, with tiny fish and sleepy dogs scattered all around. It’s a lovely thing to look at, though sometimes messy and looking sort of rushed.

One gripe I do have is each player chooses a chunky cube to act as their scoring marker. I love these cubes. They have a nice air bubble inside which adds just a bit of flair. The only issue is it’s hard to tell who has which color, or even which color you started with. The simple fix is providing two cubes of each color and placing each matching cube in front of the owner. As it stands, it’s a bit confusing.

Samurai Gardener is fun and fast. Those looking for a quick game that might create a bit of shouting could love it. I caution how long it will stay interesting, but it’s at a great price point and has stellar aesthetic, so it might be a good filler for you.

A review copy of Samurai Gardener was provided by Osprey Games.