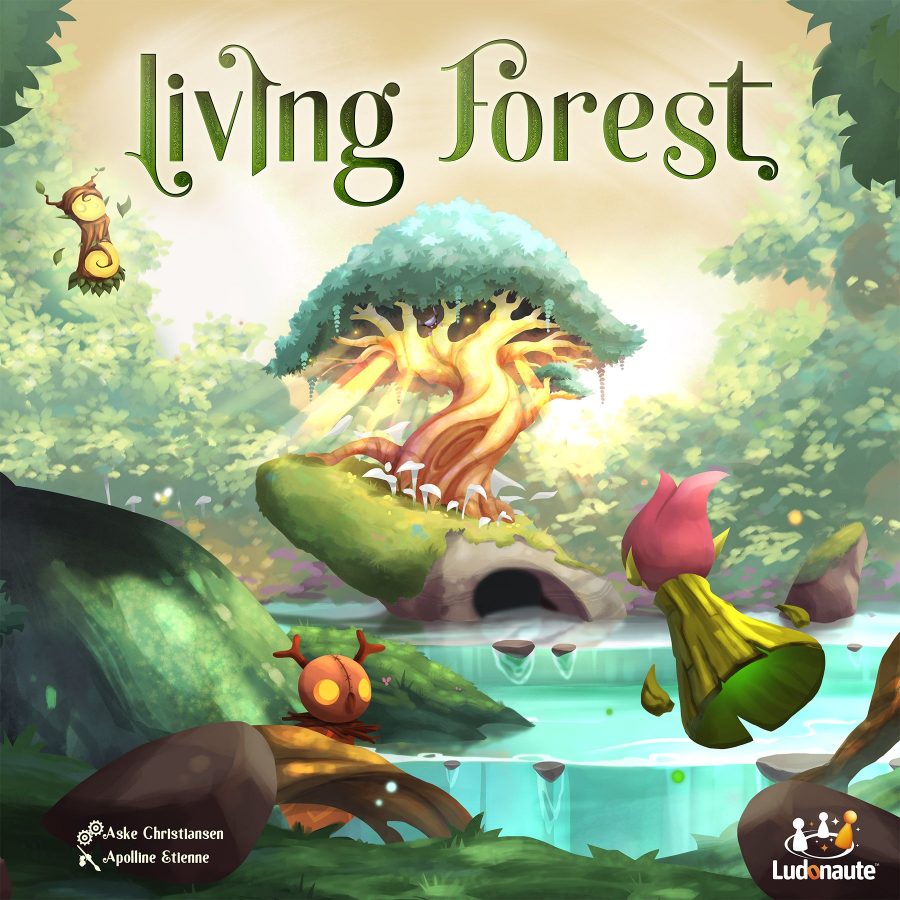 Every year, when the Spiel des Jahres and the Kennerspiel des Jahres is announced, there’s at least one game on the list that I somehow overlooked. This year that game was Living Forest, and now I find myself asking: how did this happen? A deckbuilding game with gorgeous art and multiple paths to victory? It sounds good to me! But is it? 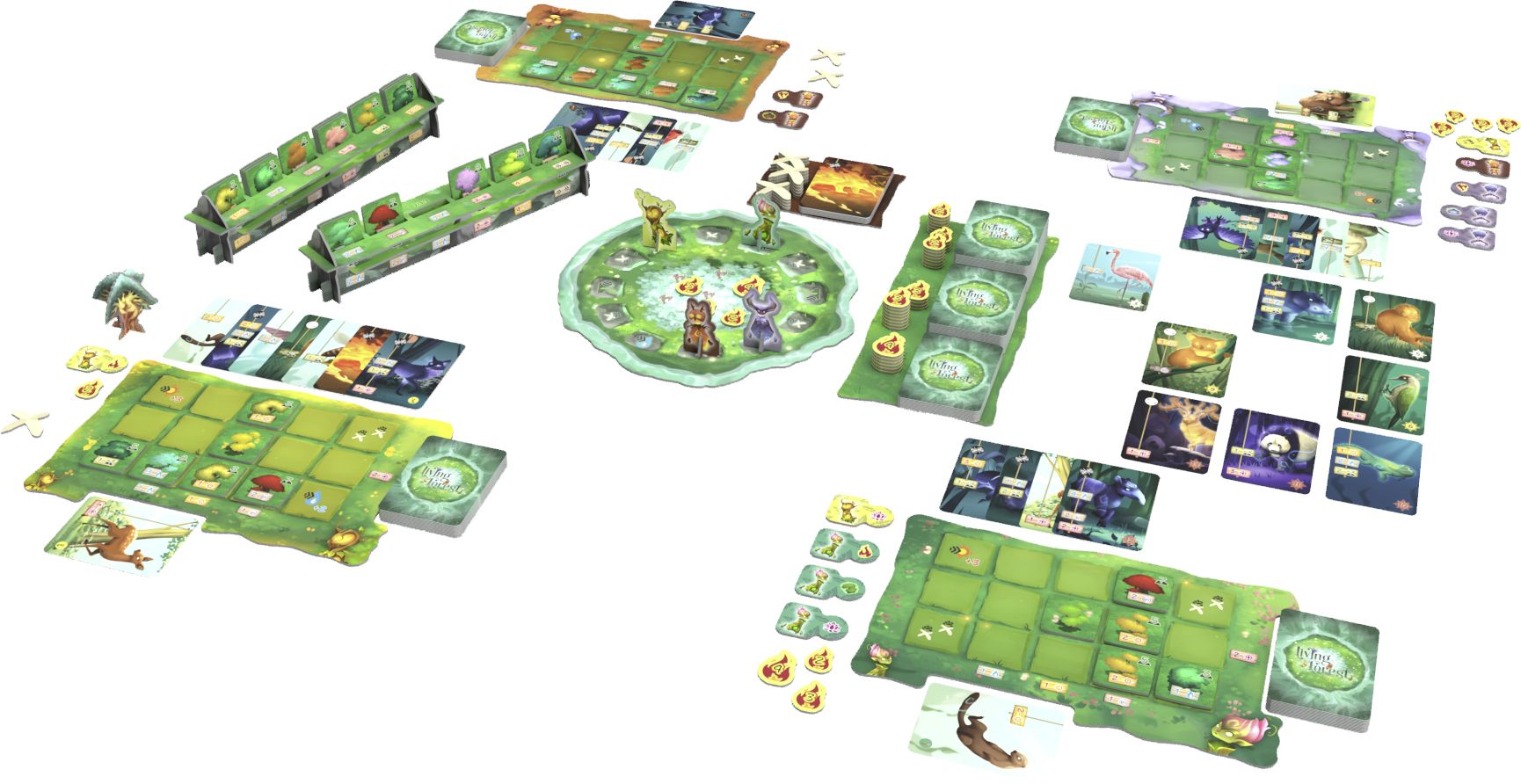 I’ve got to start with the art and components. This is one of the prettiest games I’ve ever seen, especially with the cards. And since all of the needed information is on the left column of the card, the art is given wide space to shine, while the information is still clear and functional. The plant tokens and boards are also quite nice, but I do have to say that after playing tihs many times on BoardGameArena, the set-up and especially the tear-down (sorting cards) of the physical game is a bit of a pain for how short the game is. Not a deal-breaker, but worth noting.

And the game is quite fast. Even with four players who are all new, I can’t see the game exceeding an hour. Yet within that hour of game-time are a lot of tough decisions. The deckbuilding has a push-your-luck element not unlike Mystic Vale or Quacks of Quedlinburg, and knowing when to risk it is a nontrivial question. And as someone who usually plays traditional deckbuilders, I find myself flipping until I almost bust and then I start thinking, but I really should be going deeper and considering when I might want to flip my deck and shuffle, knowing my current cards won’t make the next deck. Furthermore, every card you buy goes onto the top of your deck, keeping the game fast but also providing some other strategic opportunities.

Of course, the game isn’t all deckbuilding, and in fact, two of the other actions, buying plants and extinguishing fire, are two of the three paths to victory. And when the fire is built up in the center, when do you decide to spend an action getting rid of it, or pray you’ll stand strong next round and your opponent will have to take those nasty Varan cards? Almost all of the interaction in this game is indirect, but most certainly nontrivial.

Actually, the one instance of direct interaction leads me to my main complaint about the game: the wind action. In theory, the wind action provides two great opportunities: the chance to do the same action twice in a turn, and a chance to steal victory tokens from other players. But it is nigh impossible to guarantee you can do the action you want to do a second time on a given turn (especially if another player is covering that spot), and taking an X token is generally weaker than doing other actions. I feel like the game could have the wind track and the wind currency completely removed, and would actually be a better game, which is…. bad.

After thinking about it for quite a while, I eventually realized the similarity to the pentagram action in Witchstone, but there players race around the circular track and are rewarded with bonus points on a first-come, first-serve basis. If the track was set up more like that, with a high incentive to go around the track, I think it would be much, much better. Even if I’m dumb and the wind action is actually way stronger than I think it is, the game should help incentivize all of its options. I have played several games of this where the wind action was only taken once or twice the whole game across all players.

Despite my complaint, playing Living Forest just feels good. I love flipping the cards and that constant threat of busting, I love the multiple paths to victory, I love how fast the game is, and I love the artwork. Given that Living Forest was nominated for the Kennerspiel des Jahres, we’ll almost surely see an expansion, and I really, really hope to see a new-and-improved wind track, as that niggle with the game is the only thing holding me back from shouting praises for Living Forest all throughout the… forest.

Living Forest combines a lot of old ideas into something new, fast, fun, and beautiful.