Review – Journeys through the Radiant Citadel

A D&D Adventure Anthology for Levels 1-14 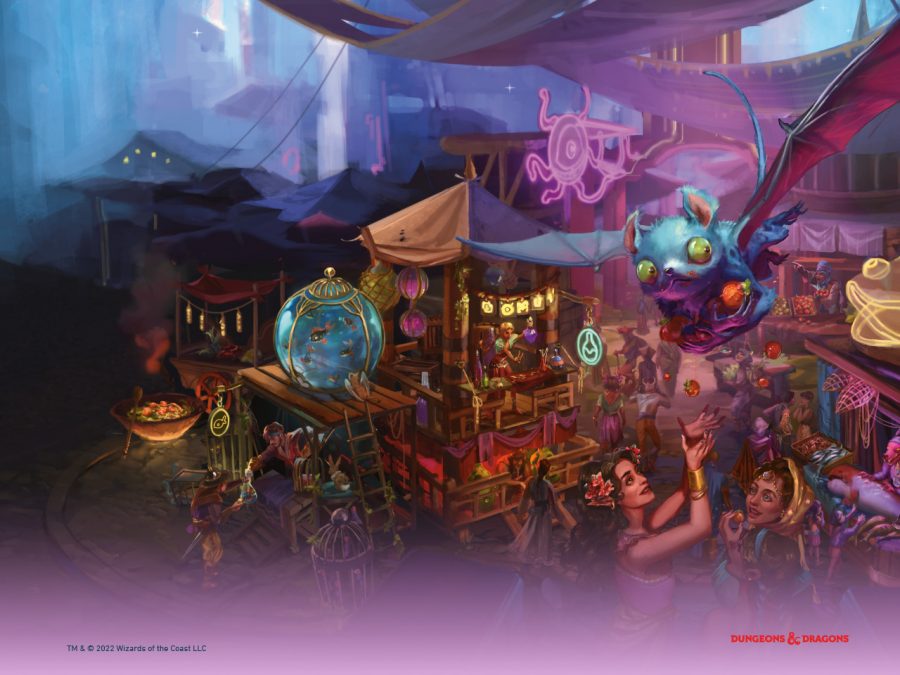 The Radiant Citadel is described as a “bastion of hope” in the Ethereal Plane; basically it’s a floating magical city inhabited by dozens of different civilizations. Just like how Candlekeep Mysteries used the library of Candlekeep as a jump-off point for many of their stories, the Radiant Citadel is a place both where many adventures can take place, or where players can end up after completing one of the 13 different adventures included in this book. Players may encounter saboteurs, assassins, corrupted creatures, dragons, magic, and many other characters as they navigate these magic-infused stories that will take them all over the homelands of the people from the Radiant Citadel. So is it worth the trip, or should you have stayed at home? Read on for the review!

Depending on the story played and how closely the Dungeon Master sticks to it, players can encounter any number of creatures, enemies, and magic beings or items from the Monster Manual or Dungeon Master’s Guide. Most of the stories involve some kind of magical corruption, or wrongdoing, and the players’ characters have to set things right.

Right off the bat, it’s hard not to draw parallels between Radiant Citadel and Candlekeep Mysteries. But while Candlekeep had many stories taking place right inside the library and around it’s walls, the adventures in Radiant Citadel are more loosely connected stories of magic and dangers that each feature sections detailing how one might arrive at their new location from the Citadel, or from Eberron or the Forgotten Realms. Thanks to magic crystals called Concord Jewels, an inventive dungeon master can figure out a way to get players to the Citadel from anywhere, but the book does a good job of offering options.

There are 13 different adventures to play in this new book ranging in level from 1-14, each one with detailed backgrounds and cultural insights both at the front and end of each chapter. Each chapter ends with a “gazetteer” section that offers up features, sights, topography, adventure tables, character options, and monster stat blocks for that region. So even if one of the stories doesn’t grab your attention, it’s worth reading through to see everything that area has to offer in case there’s something you may want to incorporate into your own games.

Of the available adventures, a few of the higher-end ones were some of my favorites including “Shadow of the Sun,” “The Nightsea’s Succor,” and “Orchids of the Invisible Mountain.” These were my favorites because they managed to (mostly) avoid the Bewitched-style storylines that most of the other chapters used: the adventurers arrive, find something bad and magical is happening, and have to step in and fix it. While I admit that’s simplifying it a lot, most of the stories boil down to just that. It also didn’t help that they all felt only a tiny bit related to the Citadel itself, and you really could run them without ever mentioning the giant magical city that bears the book’s name.

Overall, I was less impressed by the stories, but liked the overwhelming supporting details that each adventure provides to the reader. If you like the settings and want to make up your own stories, there’s definitely enough material available to continue the thread or make up your own tales. I just wished it felt more like a cohesive anthology instead of just a collection of stories that you can access from a magical city, especially when you can ignore that part altogether. In the end it’s not bad, but didn’t capture my attention like Candlekeep Mysteries did.

Has great worldbuilding, but doesn't tie it all together as nice as some other D&D books do.