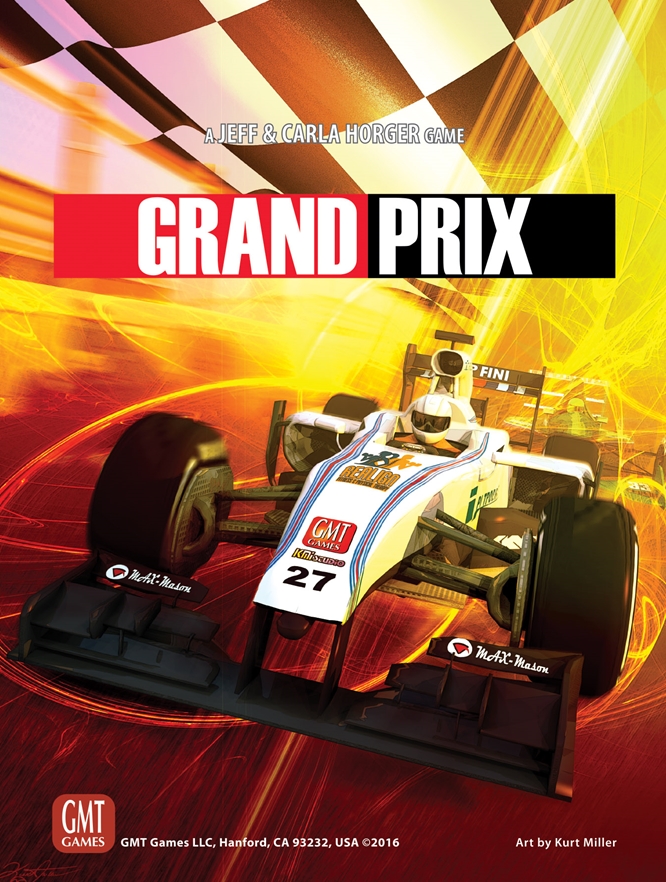 Racing is one of my favorite genres of games. My most-played titles in this category tend to be simple, high-energy games, like Snow Tails and Formula D. I have always been a fan of Formula One and already spent hundreds of time reading news and updates on it on https://www.grandprixtimes.com. Any kind of car racing game I have already owned since I knew video games.

Grand Prix is a step up in complexity from most racing games on the market. Its predecessor, Thunder Alley, managed to include a level of strategy not normally found in racing games, but this strategy came at the cost of longer play time, fiddly rules, and an overabundance of tokens and counters.

If you’ve played Thunder Alley, Grand Prix will feel familiar to you. If you haven’t, here’s the gist of Grand Prix:

Players each control a number of racecars on the board, two of which can score them points. In games with lower player counts, players also control “dummy” cars, which cannot score, but can be used to set up strategic plays and maximize the movement of the cars that do score.

When one of a player’s two main cars crosses the finish line, that player receives the highest available point token. The better his position when he finishes the race, the more points they earn. The person with the most points at the end of the game is the winner. This means the player who crosses the finish line first doesn’t necessarily win; he still needs to have a higher overall score between his two main cars.

The meat of the game lies in hand management and card play. Players have a hand of cards that allow them to perform one of four types of movement. Some of these involve moving multiple cars at once. One type of movement, for example, can move an entire group of cars that are “linked,” meaning they are in line, one directly behind the other, simulating cars drafting each other. (I’m not a big fan of F1, but I believe this is pretty thematic to actual racing.) Another type of movement allows one car to perform a sort of “breakway” maneuver, where no other cars can follow. Once a car has been moved, it is flipped over to indicate that it has taken its turn. (To keep track of this, the two sides of the car tokens are different colors, but more on that later.)

As players race around the track, their cars will take damage. This comes in the form of wear markers, which represent engine trouble, tire wear, transmission damage, etc. As a car accumulates wear, it may receive a movement penalty. If a player’s car has six wear markers on it when it gets activated, it is removed from the game with its owner receiving the lowest available score marker. (I guess the car took so much damage that it blew up, or something.)

The good news is that players can remove most wear markers, but doing so costs them precious time. These tokens often have a number on them, which represents how long it takes to repair the damage. If a player makes a pit stop, he may remove any number of wear markers, but he must move his car backward the listed number of spaces for each marker removed. The worse the damage, the farther back it moves. For example, simple tire wear only moves a car back two spaces, but engine or transmission wear markers move the car back a whopping ten spaces.

Once a car crosses the finish line, players complete the current turn, at which time the game ends. All cars are awarded points based on their ending position. The player with the most points wins.

As I give my thoughts on Grand Prix, I’ll start by saying I did not much care for Thunder Alley. I mentioned above that I enjoy racing games that create excitement, something Thunder Alley never did for me. I felt that it was too dense for what it was, turning what should have been a fast-playing, engaging game into an hour and half of drudgery.

And Grand Prix does this even more.

At no point in this game did I ever feel tension or excitement, and that’s one of the biggest criticisms I can give a game.

The game flow essentially boils down to “play a card and move a car,” yet the rule book somehow manages to be TWENTY pages long. The game is full of unnecessary rules that just seem to bog things down. For example, every player car must change its tires at least once per game. There are three different tires to choose from, each with slightly different abilities. According to the rules, this is “to simulate the strategic importance of tire selection in Formula 1 racing,” but to me, it’s just extra fluff that adds to an already bloated game.

I don’t care for the “dummy” cars, either. I understand that they might offer some strategic options, but since they don’t actually score points, it’s easy to feel like they don’t matter. Even though Thunder Alley wasn’t my favorite, I at least cared about all the cars on my team, since they all added to my score.

The design of the box and boards look great, but the shading of the car tokens is so close that it becomes immediately frustrating trying to differentiate them to determine which ones have already moved. See if you can spot the difference:

It’s cumbersome, even in a place with good lighting. I can’t imagine trying to play this in a dimly-lit cafe; the eye strain would be awful. And the worst thing about it is that there is really no reason for this design choice. Thunder Alley used the same system of flipping cars after they move, but the colors were clearly differentiated. I don’t understand why GMT Games didn’t just keep that same black/white color scheme.

Like its predecessor, I feel that Grand Prix tries so hard to capture the experience of auto racing that it actually fails for this exact reason. I can tell that the designers put a great deal of time into the making this game, but it strives so hard for thematic accuracy that it becomes burdensome. Racing is supposed to be fast and furious, but this game is slow and full of minutiae. All the rapid-fire energy, perilous maneuvers, and nail-biting finishes I crave in race games are absent.

If you really enjoy Thunder Alley, this might be one to look at, but it seems most folks prefer the original; I understand why. If you’re interested in this game, I definitely recommend trying before you buy.

A review copy was provided by GMT Games.

Grand Prix leaves a lot to be desired. Try before you buy.