Review – Gloomhaven: Jaws of the Lion 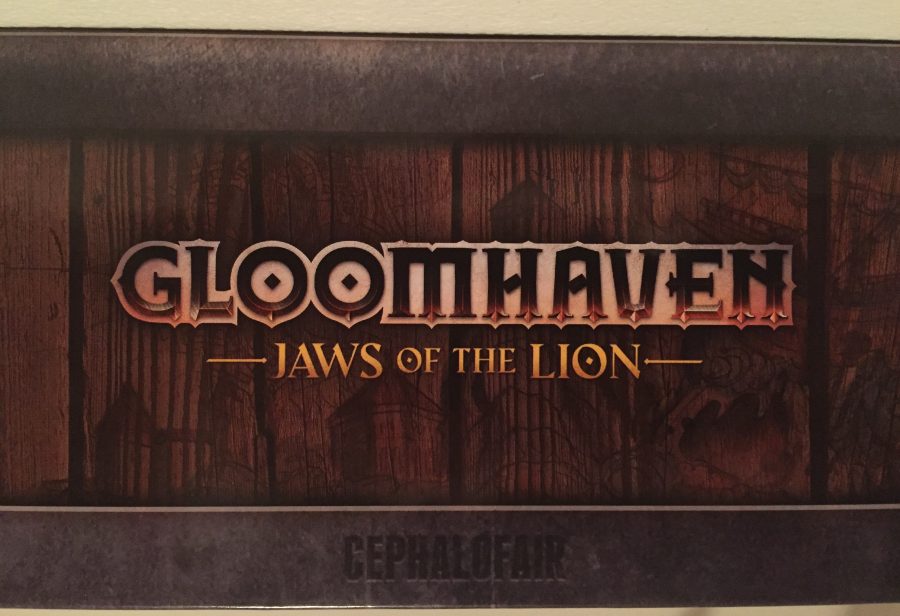 Gloomhaven: Jaws of the Lion (JotL henceforth) is a standalone role-playing game set in the Gloomhaven universe, before the events of the first game. The big draw to this prequel is that the game has been streamlined to draw in a wider audience. JotL has 4 new characters to choose from (versus the original game’s 6) that can also be used in Gloomhaven scenarios; there are far fewer scenarios, and instead of having to set up room tiles, the entire scenario in JotL is played in the scenario book. All this means it is easier to get to the table, with a smaller box and lower price point. But is it fun?

Players will square off against monsters, cultists, golems, demons, and other traditional role-playing baddies as they attempt to win each scenario. Some scenarios will require the players to kill all the enemies, while others will ask for different win conditions. As with Gloomhaven, the violence is just taking points of damage and adjusting a character’s hit point wheel, or adding damage tokens to an enemy card. Some of the enemies have art that features otherworldly monstrosities or blood, but if you stick to the 14+ age suggestion you’ll be fine.

JotL is an RPG-in-a-box, with everything 1-4 players would need to dive into the Gloomhaven universe. It might seem, with everything that has been removed, that it would feel like something is missing, but it doesn’t seem that way in my experience. And by narrowing the game’s focus it feels tighter and more on point; players don’t have as much to do or to choose from but this means they’re more likely to actually finish the 25 scenarios or check out the 4 characters. I doubt that many Gloomhaven owners have played all of the 95 original scenarios.

Gameplay is the same as before: players will choose 2 cards, 1 of them acting as their initiative, with the lowest numbers acting first. Even though it is a cooperative game, players still aren’t allowed to explicitly state what cards or numbers they’re picking, but they can discuss strategy in broad strokes. Once cards are revealed, players pick the top half of one card and the bottom half of the other. Often the top half is an action or attack, and the bottom is a movement or special action. For every attack, a modifier card is flipped over, even for the enemy attacks. These cards can range from simple +/- numbers to multipliers to flat misses. The modifier deck helps mimic the roll of the 20-sided die often used in tabletop RPGs, but it is far more forgiving.

JotL does a good job of drip-feeding new rules to players and easing them into the game. The first scenario is a straight up fight with nothing else to worry about, the next one introduces players to treasures, money, and upgrades. By the fourth scenario you will have seen the need for the secondary map (a small book that lets you add some real estate to the play area for certain scenarios) and other than some new enemies, shouldn’t be surprised by too much after that point.

I’m impressed at the amount of content and quality Cephalofair was able to cram into a mid-size box (it’s about an inch wider and taller than Carcassonne). The player minis are detailed and begging to be painted, and the tokens and chits are all sturdy and fit nicely into the storage tray. My only gripe regarding components is I wish there was a better way to store everything than in multiple baggies; if this ends up being your go-to game for a while you may want to look into investing in some 3rd party storage for quicker access to enemies and their cards.

There are a lot of RPG-in-a-box games out there, but I’m hard-pressed to think of one that does a better job of both easing players into the system and giving them bang for their buck. Veteran RPG players may not like the constraints of not being able to do anything they can think up, but that’s more of a mark on them than any game. JotL could be a lot of fun with a wide range of gamers, and its 25 scenarios could keep them entertained for quite some time.

For an RPG-in-a-box, it's hard to beat Jaws of the Lion's value and content.