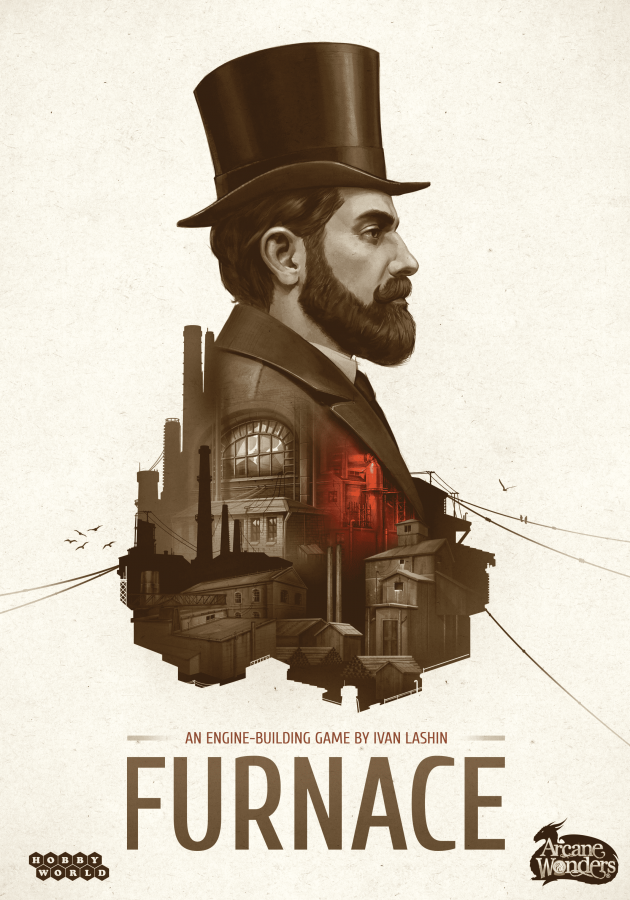 Since my introduction to gaming was too many years of Magic: the Gathering, I love a fast-playing card game with a lot to consider. Deckbuilders like Dominion are a natural favorite, but even before Dominion changed everything, tableau-based engine builders like Race for the Galaxy and Innovation were captivating gamers. Simpler games Splendor, Century and Gizmos have kept the tableau-building genre alive, and Furnace sits right in the middle of those two crowds in terms of complexity. Yet it brings its own unique traits to the table with its auction mechanism. But is it any good? Let’s take a look! 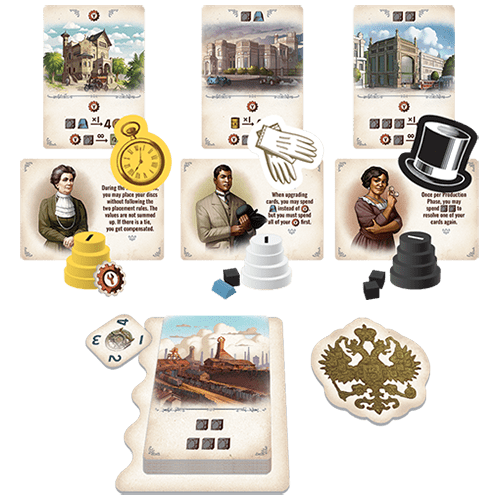 On the surface, Furnace does the same thing as its contemporaries. You get some resources, you convert them to other resources, and then convert those into points. What makes Furnace different is the way you acquire cards. Players are given tokens numbered 1-4, and take turns placing them on available cards as a “bid”. You can’t bid on the same card twice, and you can’t use the same number bid as someone else, a simple but brilliant way to avoid ties.

Of course, losing the bid kind of sucks – except in Furnace, it doesn’t. Players who lose the bid for a card are compensated with the resources or effect specified by the card, and they can perform that action as many times as the number of their bird. So if you lost a bid with your “3” token and the top of the card says “two coal,” you would get six instead of two. I cannot overemphasize how brilliant this mechanism is. It’s simple to explain, yet makes the game’s “emergent strategy” just completely explode in scale from the minimal ruleset. An auction where you often (but not always!) want to lose, combined with engine-building? Sign me up. I almost hesitate to call it an auction, because it’s so unique, and because I usually hate auction games, but Furnace overcomes my prejudices with its cleverness.

After the auction phase in each of Furnace’s four rounds, players then “run their engine”, activating the cards they possess in the order of their choice. This is the “convert this to that for 2 points, convert this to that for 3 points” part of the game. You know, the part of the game that’s fun for you but nobody who is watching you. While a game like Century has players watch each other do this in turn, Furnace wisely lets players perform this action simultaneously. And since it is simultaneous and therefore fun, Furnace lets things get pretty crazy in this phase, yet keeps the gametime under an hour even at its full player count. 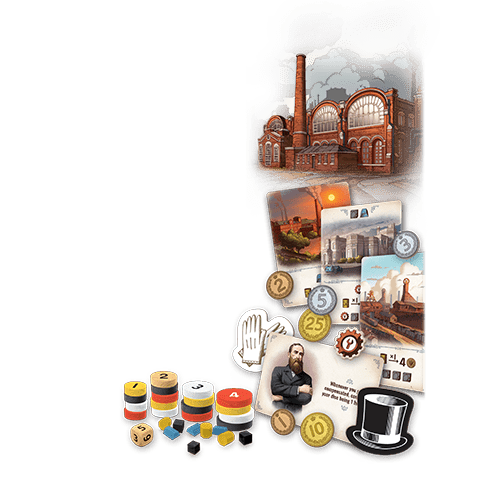 And if I had a complaint about Furnace, it’s simply wishful thinking. I really hate dummy players in two-player variants and would rather have some kind of “each player controls two colors” kind of situation. On the other hand, there a lot of two-player-specific games I should be busting out in that situation instead. I thought this would be the point where I would also complain about the art and the theme, but it won me over. The art is truly spectacular despite the bland theme, and screenshots don’t really do it justice. I also really like the components, particularly the different-sized discs (a great visual cue) and the resource tokens. The box is far, far too big, but I look forward to stuffing it with expansion content when Interbellum arrives.

Furnace jumps right into the middle of a crowded genre, with 15-year-old classic Race for the Galaxy competing with modern classics like Wingspan and Splendor, yet right now I find myself wanting to reach for Furnace over any of those. It is truly one of the best games I’ve played in recent memory.

In a crowded genre, Furnace is one of the very best.