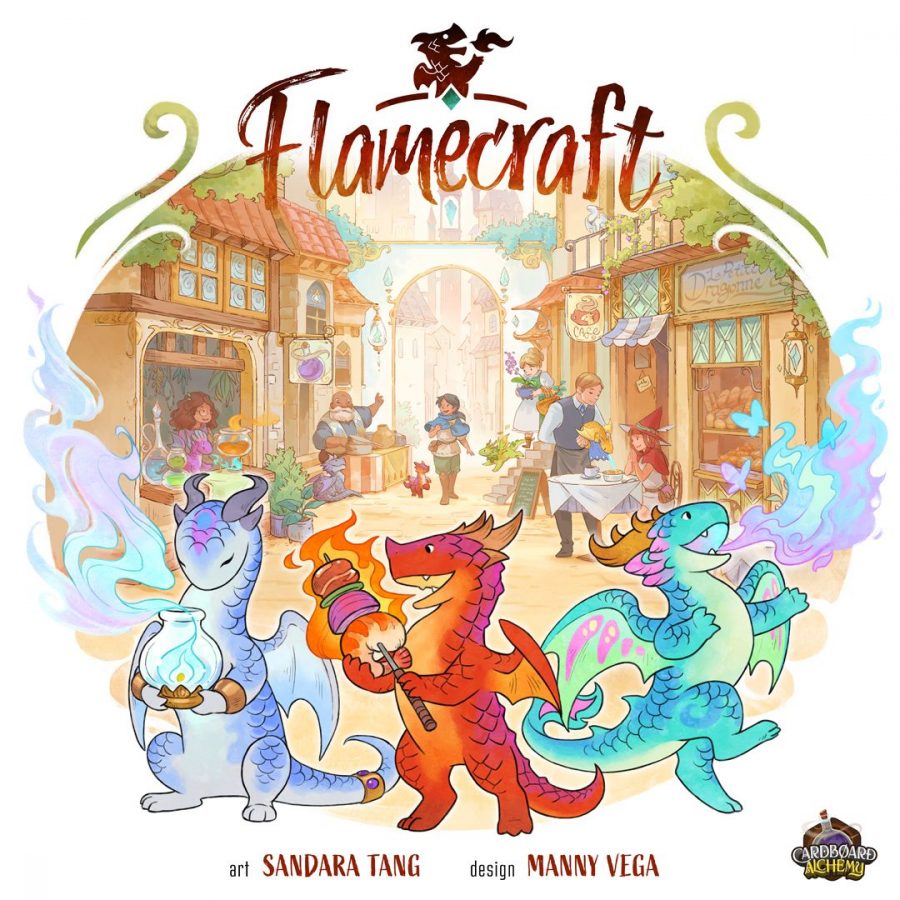 I’m not exactly sure what it takes to get to the top of the hotness on BoardGameGeek, but I know that Flamecraft has been dominating for weeks. In this case, I can see why – the game is absolutely gorgeous, and promises a clever and inviting family-weight game. Beauty and accessibility? Count me in! 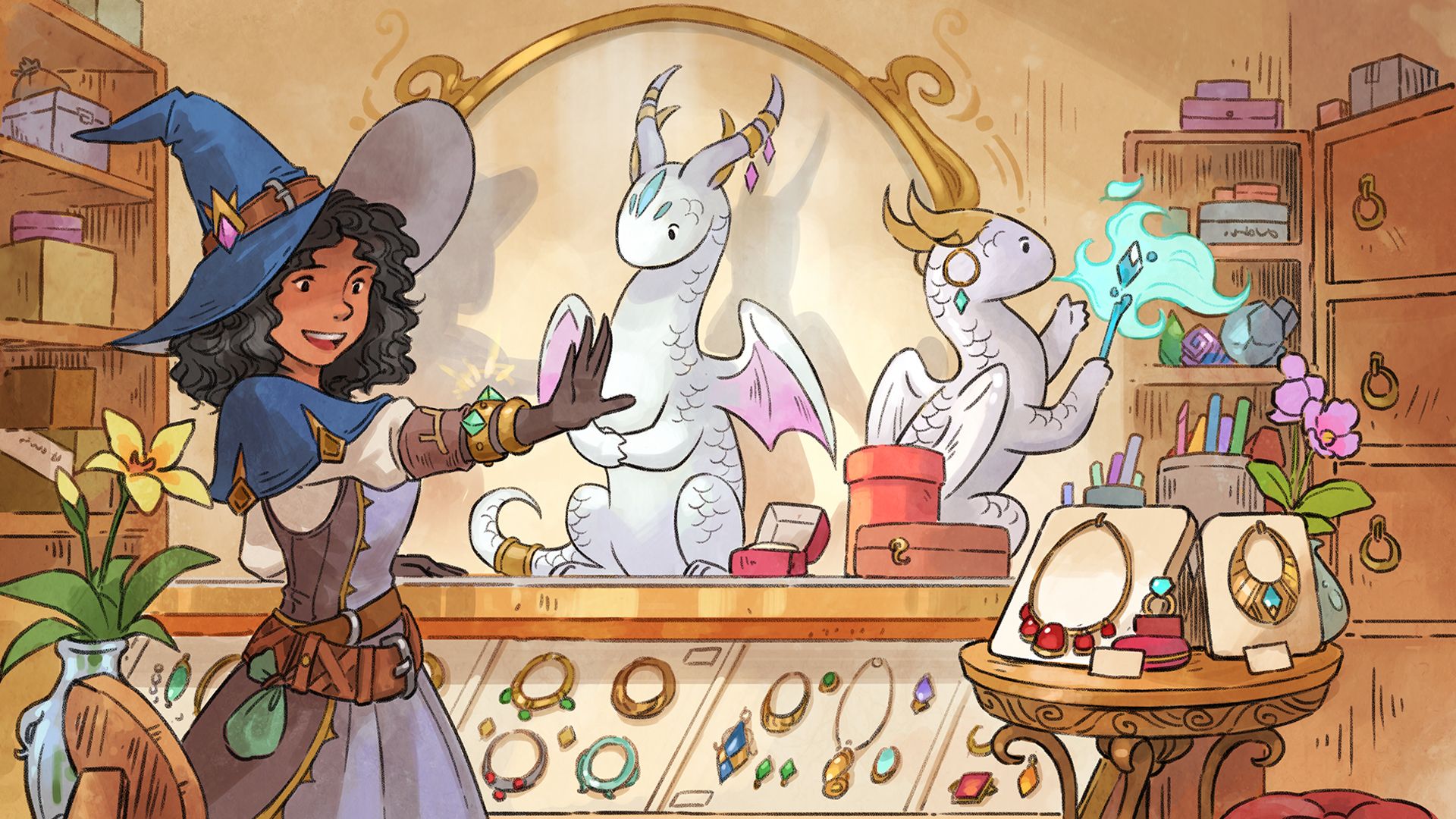 Just one of the gorgeous pieces of artwork in Flamecraft.

The obvious place to start with Flamecraft is the components. I have been reviewing board games now for over a decade, and I can probably count on one hand the games I’ve seen that have had this much love and care poured into them. The artwork looks like it belongs in a best-selling children’s book, and the world looks so rich I could even imagine a series of graphic novels in this setting. Every shop title is also a pun, some of them exceedingly clever (I won’t spoil any here). Perhaps what I’m most impressed with is the rulebook, which is absolutely crystal clear. Not only is the language precise, but something we often don’t discuss is the graphical design and layout not just on components but within the rulebook, and this is some of the best I’ve ever seen. I always knew where to look something up and rarely had a question while playing anyway. On top of that, despite being a five-player game, eight player aids are provided. With excellent quality throughout, you would expect a steep price (especially these days), but the retail edition has a $39.99 MSRP. On all this alone, it could be easy to recommend this game.

Unfortunately, the gameplay just isn’t all that fun. While the rules are clear, turns have several decision points. Too many, actually, with too little differentiation between the payout of slightly different options. This game could be incredibly AP inducing, but we avoided that simply because the friendly interaction means that players have an overabundance of resources, and we declined to drag the game out for just one more resource we probably would not need. But both kinds of turns (Gather or Enchant) involve several decisions and could go dozens of different ways, yet somehow everything felt mechanical. There are no new ideas here, but also no engine-building or any sense of urgency around other players’ plans. But primarily, there are simply too many options on the table to have a real ability to get into other players’ heads.

I think there is a certain type of gamer that is going to love Flamecraft. I know many people who play games primarily for the theme, games like Wingspan and Villainous, who chit chat during other players’ turns, quickly take a stab at their plan when it’s their turn without considering every angle, and go back to chatting. There’s nothing wrong with that! And these players have a great time gaming. They would love Flamecraft. But this is not how I play games. I want to play competitively, to feel the tension and psychological aspect of competing against the other players, to have a shared understanding of the game state that leads to clever play having serious consequences for others as well as yourself. The board state of Flamecraft is always too generous and too obtuse for any of this. You play from your gut, and then someone wins, and for me that’s not really playing.

I am most likely in the minority on this one, and that’s okay. If you really value theme and quality of production (and amazing price points), and deep strategy is not a top tier consideration for your gaming, then Flamecraft could be one of the best games of the year! For me, it’s not a game I’ll be coming back to.

A gorgeous game with a lot of love behind it, but it simply isn't interesting enough to play.