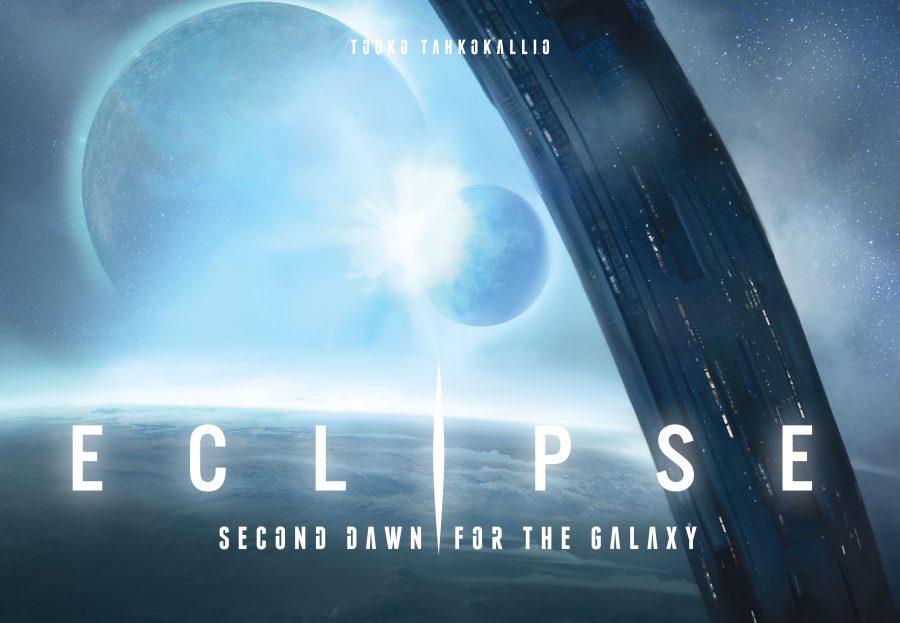 In 2011, just as I was deep-diving into board games and what it meant to be a reviewer, Eclipse: New Dawn for the Galaxy hit the shelves. It quickly shot up the BoardGameGeek charts, and the hype was enough for me to quickly get the game to my own table. I was enamored with the deep and complex systems, the different alien factions, and of course, the tech trees and ship upgrades.

Now in 2021, we have a second edition of Eclipse with a premium $150 price tag. In addition to game balance tweaks, it comes with unique plastic ships for each faction, and the kind of organizational trays that every OCD gamer dreams of. But is the game still the cream of the crop a decade later? Let’s find out!

I think I need to separate this review into thoughts about Eclipse into two parts. First there’s the game concept – the design, the systems, the play, and then there’s Eclipse the physical game with its organization and set up and look. Let’s actually start with the physical game first.

If you own the first edition and you are thinking about upgrading, it can be a real hit in the wallet if you’ve already sunk money into expansions and of course the original core game. Whether that’s something you can afford really varies from person to person. But if you don’t own it yet — maybe you enjoy Eclipse maybe from playing it at a friend’s house — and are thinking about getting it, definitely get this version.

To be clear: this is one of the best physical editions of a big box board game ever.

Eclipse has quite a few pieces, and that’s an understatement. I may have nightmares about how long it took me to punch out all of the ship parts from the punchboards. But once it’s all in the box, it’s just flawless. The game comes with an abundance of trays, all extremely clever designed, and little organizer boxes of pieces for each player that has resource dials mounted on top. If I can think of a single complaint, we had a little trouble with the resource dials popping off and making cubes spill, but I’m wondering if that was our own incompetence. Set up and tear down took us maybe 5 minutes each way for a 3-hour game, and that is just unparalleled. I can’t imagine ever going back to the first edition.

Again, I’m not going to tell people how to budget, but if you love Eclipse, this is absolutely the definitive edition.

Now let’s talk about the gameplay of Eclipse itself, in case you don’t yet know if you love it. Eclipse lives in a somewhat strange space, in that it’s a giant space combat-exploration game, typically popular with American audiences, but designed in a fairly European way. It is very much an economic game, with careful bean-counting decisions mixed with dice combat and random exploration tiles. For many players, that’s actually the best of both worlds. And for engine-building types, advancing on the research track and upgrading ship blueprints (by far the coolest part of the game) are a real treat. This is the kind of game you where you commit the whole game night, and count on the game to deliver an experience worth the 2-4 hours over the several short games you could have played instead. And Eclipse delivers.

Unfortunately, I do have a couple of complaints. The first, smaller issue with Eclipse is that at lower player counts, it’s possible you don’t even fight the other players until the last round or two, and that just seems silly. You’re still competing over the limited outer sector tiles and the research track, but it would be nice if the action could escalate a little faster. You do fight non-player enemies (Ancients), but it’s just not the same. A bigger issue is that in Eclipse’s attempt to Euro-fy the genre, they took away any sense of… bluff. The blind combat card flips of games like Cosmic Encounter or Blood Rage, the sneaky intirgue cards of games like Dune: Imperium or Lords of Waterdeep, none of that is present. You know exactly what your opponent can do, and the only suspense factor are dice rolls (which you have no control over). A simple change would have gone a long way: I would have liked for the Discovery tiles to be kept secret, and then be “played” like cards at certain times to affect combat (rerolls, modifiers, etc) or provide other “gotcha” moments. If you really enjoy that kind of surprise play like I do, you won’t find it here.

That being said, Eclipse carves a unique niche and in doing so it compares quite favorably to its competitors. It is faster and more playable than Twilight Imperium by a wide margin, while still being interesting and tense. I can’t really think of an exploration game I’d play over this one, and that’s pretty high praise.

Eclipse is still the best space exploration game out there, and this is the best way to play it.