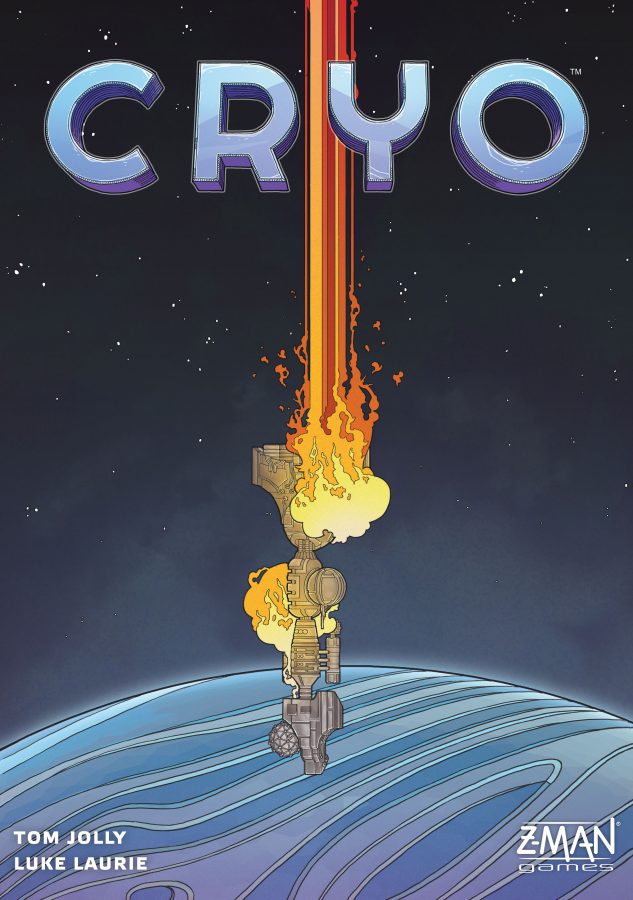 Sometimes pedigree is enough to get players interested in a game. Luke Laurie and Tom Jolly had a smash hit with Manhattan Project: Energy Empire, and more recently, Luke Laurie’s Dwellings of Eldervale was one of the top rated games of 2020. So when it was announced the duo had a new upcoming worker placement game, gamers took notice. Cryo also has a unique setting; players are sending drones out to parts of a broken ship on a foreign planet, finding the resources needed to survive a night in the caverns. But… is it any good? Let’s find out!

Let me start by saying there is a whole lot to like about Cryo that deviates from the usual. First off, the theme. It may not be a perfect fit for the mechanisms, but it’s close enough, and it is so much better than yet another Eurogame set in the middle ages where players are just trying to have really nice… Estates, or whatever. Having drones as workers also dodges the sometimes gross implied aspect of worker placement games, where the workers are indentured servants or slaves. I also have to emphasize that the art style is very unique and psychedelic, somehow managing to look hip and fun while barren and hopeless at the same time. The plastic pieces, particularly the drones, are also a lot of fun.

Regarding the mechanisms, there are some truly brilliant ideas in this game. Some are not new, but just really well implemented, such as cards with multiple uses (as an upgrade, as resources, or as vehicles to get your pieces into the caverns), upgrading action spaces, or gaining rewards when recalling workers. The unique mechanism in the game is this, however: action spaces are laid out on a lattice grid, and when you go to a space, you can choose any one of the adjacent actions and do that. So one action space can provide up to four different actions to choose from, and one action can be chosen from as many as four different action spaces.

The mechanisms for worker placement and the small smidge of engine building are quite fun, but the problem is the classic one of Eurogames: winning. In the best strategy games, the interesting game mechanisms are so tightly tied to the mechanism for winning that the two become inseparable. In the worst cases, winning feels like playing a second disconnected at once, or in sequence after the first. Unfortunately, Cryo feels more like the latter; like playing Game A to play Game B.

To win, players need to play cards as “vehicles” and the use resources to move units on the vehicles into caverns. The caverns are scored by area majority, which can be an interesting mechanism, but feels boring here, and too disconnected from everything else. In our 2p and 3p games, the majority felt a little silly; most caverns had only 1-3 units on them, making the majority scoring mechanism uninteresting. The game almost seems self-aware that the disconnect is too large, as it provides a variety of “pity points” for other things you’ve done throughout the game, such as card upgrades. That’s not to say that Cryo isn’t fun, but it becomes less fun when you move your focus from generating resources and cool moves towards actually winning. That feels kind of problematic to me.

Cryo is so beautiful and so full of fresh ideas that I’d certainly play again. I just think that connecting winning more closely to the central concepts – as an off-the-cuff example, maybe having action spaces to gain victory points as part of the central worker placement mechanism – would do a lot to streamline the game and make it more interesting.  I don’t think I would reach for it on the shelf over something like Lords of Waterdeep or Viticulture, but I also think there may be an audience that doesn’t mind that “disconnected endgame” and will love Cryo for its unique gameplay and style.

Thank you to Asmodee North America for providing a review copy of Cryo.

Cryo brings a unique theme and lots of strong mechanisms, but it doesn't all come together as well as I'd like.