Catan before roads, settlements, cities, and robbers (kind of). 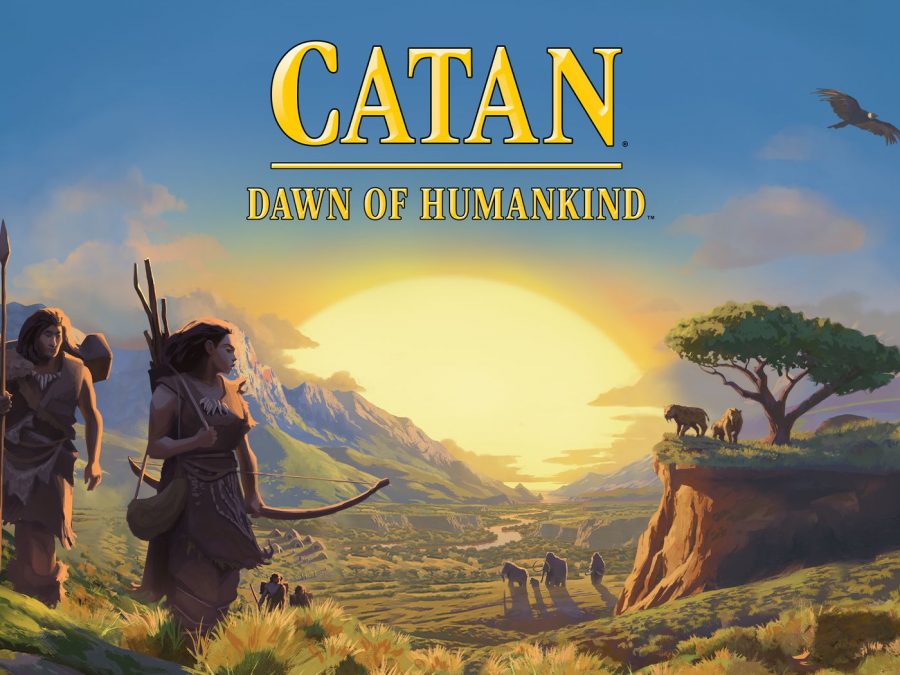 Depending on how you count them, there are over 75 official varieties of the Catan board game. Rightly so, for Catan has been the gateway game for tabletop gamers for decades now. However, do we really need another version? The 6th in Catan Studio’s Catan Histories series, Catan: Dawn of Humankind, says we do.

Anyone who’s played the original Catan will be able to pick up Dawn of Humankind pretty quickly. It’s Catan, but it’s the beginning of human history, where explorers discover new animals, where saber tooth tigers steal your resources, and where having the most technologically advanced pottery means something.

Here are some of the differences between Catan and Dawn of Humankind:

Most of these changes enhance the gameplay. Having 4 resource cards ironically opens up more trading opportunities because everyone wants the same 4 resources, and the resource balancing is really well done (for example, wood and brick are often useless in Catan’s endgame unless you’re trying for longest road; that’s not an issue here). The larger board means more space for everyone, even in a 4-player game. Having more control over exactly which development card you get (progress board) is a nice strategic nuance as well.

Swapping out the roads for explorers is interesting. It means you can more quickly get to the campsites you want, and it means you won’t be blocking other people. Explorers are also used to explore, provided you have the appropriate clothing and campsite level for whatever you’re exploring. Exploration tokens act as the new longest road (whoever has the most gets 1 VP), and they often grant bonuses like moving the robbers or gaining an additional VP.

Another interesting nuance is that some exploration tokens force you to remove a number from the starting area of the board, which means players with campsites there will no longer collect that resource. This mechanic provides a fun take-that feature, and it also forces players out of the starting region, which has an interesting migration feel to it (quite thematic for the source content).

The components are excellent. Except for the gold and brown token colors; that was a poor design choice because they are easily mistaken for each other. Otherwise, the miniatures look great, and it’s nice that the neanderthal and sabertooth (robbers) cover the resource number on the hex. The cards even come in a nice cardholder so you can just pick them up right out of the box. Another nice touch is the educational information on the animals and edibles at the back of the instruction booklet. I do wish there were a few more plastic bags so pieces didn’t shake around in the box so much, but it’s pretty easy to supply your own if you desire.

While Catan often picks up significantly at the 2/3rds point as players reap the benefits of multiple cities and trading ports, Dawn of Humankind doesn’t have that turning point. It can be slow at times, especially if you’re not getting any of the resources that allow you to move your explorers. It’s also unfortunate that, aside from rolling 7s, you can only move the robber a finite number of times because of the progress tracker. Yes, you can save those moves until the endgame, but I did miss the soldier-spamming from a well-prepared player intent on keeping the robber on whoever was currently in first place.

As a longtime Catan fan, I recommend this iteration of Catan because of its balancing, exploration, and migratory mechanics.