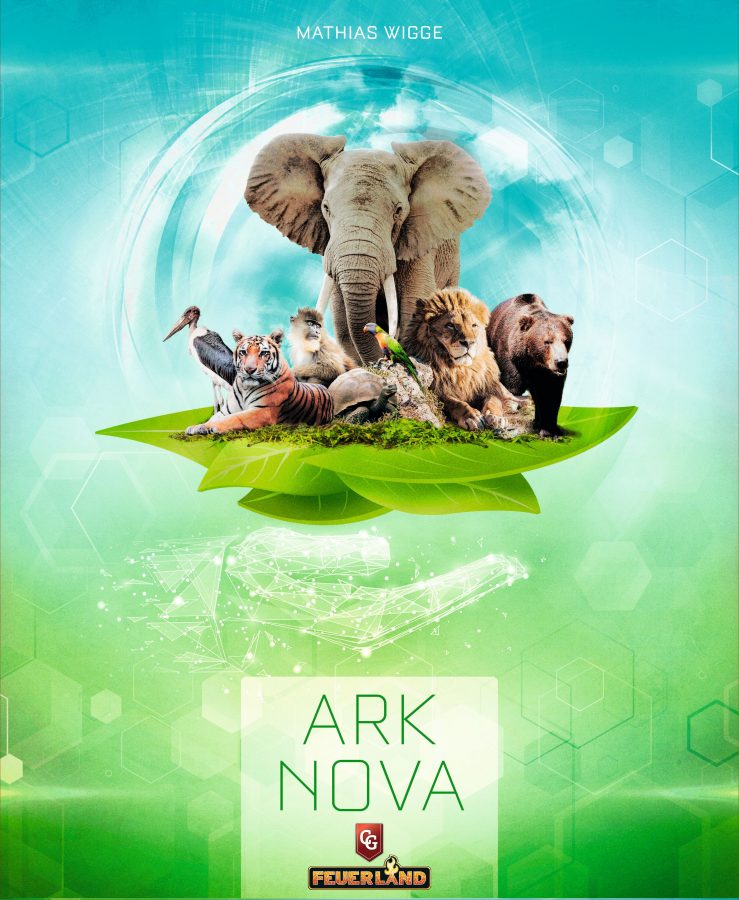 I absolutely love card games, and card-driven games. Dominion, Race for the Galaxy, 7 Wonders, Star Realms, Innovation… But the other thing all those games have in common is that they end in under an hour. Every now and then a giant card-driven game Eurogame comes by and I feel obligated to check it out. Terraforming Mars and Underwater Cities were not enough to grab me for how long they were, but will Ark Nova be any different? Let’s take a look! 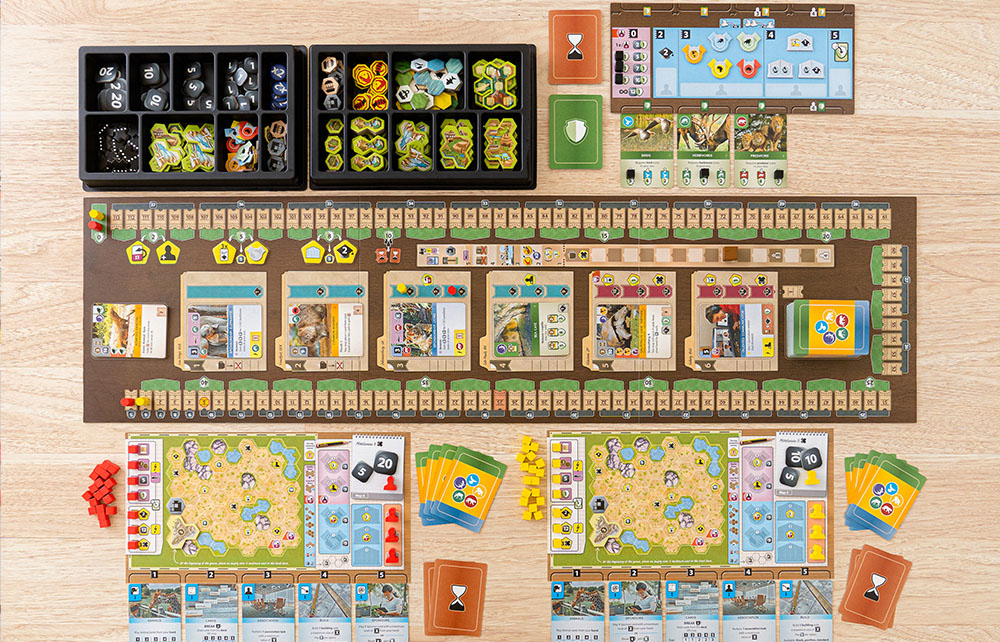 Unfortunately, it’s about impossible to discuss Ark Nova without mentioning Terraforming Mars, primarily because of the “tags” on the cards and the tile-laying aspect. But right out of the gate, let me say the edge Ark Nova has over Terraforming Mars, and nearly all of its peers: it is streamlined. What you can do on a turn is incredibly clear: you choose one of your five cards and activated it. And for one of the few times in an advanced game like this, the theme strongly helps players understand what’s going on. I’m building a zoo! I need animals. Wait, they have to live somewhere, so I need enclosures. But those cost money, so… While the other players have all watched the wonderful Jon Gets Games video before playing (except me, the fuddy duddy who read the rulebook), we’ve had minimal rules confusion during the game, in part because the theme works so well.

Of course, the action card system not only makes the turn sequence and gameplay easier to understand, it also paves the way for the game to do what exactly what you want a game to do when it has cards with text. Let me upgrade! Let me break the rules! Let me do cool things! And the first of those is the ability to upgrade your action cards and improve their actions, allowing you draw more cards, get more money, and so on. While it’s hard to say whether the game is an engine-builder as that is not its primary focus, there is still a strong sense of progression and your ability to accomplish things improving as the game goes on. It feels great!

… For most of the game. About 75%-80% into the game, it begins to drag. The game’s progression doesn’t feel exponential enough to “explode” to the end like many deckbuilding games do, and at the and you’re just digging and clawing for points to finish things out. For what it’s worth, I’m not complaining about the deck size being too big; I think those concerns are misguided. I just think end stretch takes a little too long for what it’s worth, but I also wonder if after only six games, we’re just not competent enough players to quicken the ending like we’d prefer. So maybe it will come with time.

Another complaint I’d push back against is that the game lacks interaction. After learning the game in the solo mode, I was shocked how much things changed when players had shared control over the timing of breaks. It is possible to really get stuck in a corner with no money, waiting for another income phase, or to get screwed out of perfect timing of a play because another player pushes the break right before you were going to do something. And of course, there is also interaction in taking cards other players want, or grabbing spots on the conservation project cards before other players do.

And that brings me to my only other complaint. I love the concept of two victory point systems coming together, stolen as it is straight from Rajas of the Ganges. But the method for earning conservation points is… boring? It’s primarily just set collection of “tags” in your tableau. Which is fine, I guess, but it feels a bit shallow after all the interesting work you do the rest of the game. The conservation points are definitely the “phase two” of the game, when things are “getting real” so to speak, so it would be nice if the system for getting them was a bit more clever. It’s the moment in the game when I expect someone to make a big play on a huge turn and raise the excitement, but instead it’s usually “I mark what I already did and get 3 points.” But maybe I’m thinking too much like an engine-builder and not enough like a Eurogamer.

Despite these flaws, Ark Nova is a strong game and one that I’d be happy to play any time, but if it’s completely up to me, I might be inclined to play 2-3 fast games in the same time frame instead.

While a it too long for what it is and entirely unoriginal, Ark Nova cleverly intertwines many existing systems to make something focused and fun.