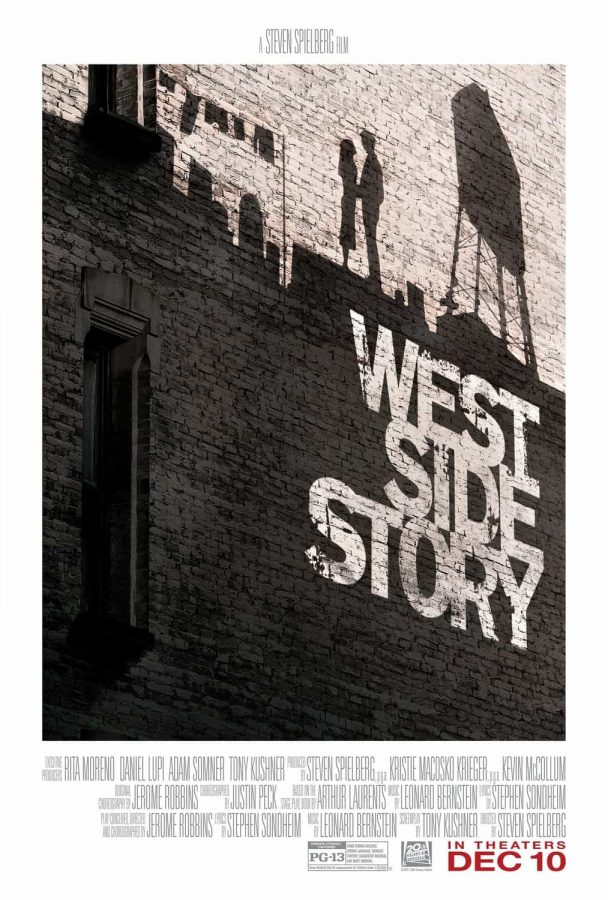 It may not be as widely regarded now, but the American musical remains one of the great exports of the 20th century. The great thing about it is that it’s one of the purest distillations of spectacle and talent possible to put on screen. It takes genuine talent, singing ability, acting ability, precise choreography, and a commitment to the form.

At its height, old Hollywood musicals like Singing in the Rain, The Sound of Music, and the original West Side Story were massive critical and financial successes. I think it’s the cultural aspect that’s attracted the elderly Steven Spielberg to realize his own vision of West Side Story as a massive $100 million blockbuster musical, his 32nd film to date in his legendary five-decade career.

Steven Spielberg is in a distinctly unpopular stage of his career. His last decade of work has been directing old-school moralistic dramas like Lincoln, Bridge of Spies, and The Post. He’s mostly outgrown the blockbuster instincts that gave him a career between masterpieces like Jaws and Saving Private Ryan, in favor of the contemplative, personal and beautifully constructed works of filmmaking that run creative laps around the rest of what the industry is focusing on.

Sadly that instinctual change has meant audiences have stayed far away from his current run of films. West Side Story in particular seems to suffer from that. It only grossed $16 million on its opening weekend and may not earn back its budget. The blockbuster audiences that once crowded to Raiders of the Lost Ark, ET, and Jurassic Park seem eager to avoid it in favor of contemporary blockbusters like Spider-Man: No Way Home and Ghostbusters Afterlife (blockbusters that ironically could only exist in the space that Spielberg created with his movies).

Some of my fellow film critics have disparaged this film’s box office performance as an outgrowth of the box office backlash against “woke” films, much like Eternals which also relatively bombed. Frankly though, outside of the insertion of a transgender character and some commentary on racism and gentrification, the film is a known quantity. The story has been around since 1957 and it’s mostly identical to its predecessors. If anything, Spielberg’s sensibilities have just skewed too far outside the zeitgeist for a film to have mass appeal. The market for old-school sentimentalist blockbusters has dried up in 2021. That’s a shame because West Side Story is some sort of masterpiece.

Like its predecessors, the story follows the rivalry of two gangs in Manhattan; the Jets and the Sharks. One is a gang of poor white men and the other is a gang of poor Puerto Rican immigrants who just moved to New York City within the last generation. The city as we see it is in the midst of gentrification, where poor tenants are evicted and their homes are destroyed to make way for new building projects. The pressure is high as both sides realize they’re being priced out of their homes, leading those impacted to find comfort in their gangs, festering a mutual racial hatred for each other.

Amid this, two relatives of gang members meet at a local high school dance and fall deeply in love with each other. Their impossible multiracial romance causes trouble within the gangs, who decide to resolve their mutual hatred with a long-desired confrontation which both sides hope can turn violent and resolve their conflicts once and for all.

West Side Story is famously an adaptation of Shakespeare’s Romeo and Juliet and as such the story isn’t exactly hard to predict. It’s a tragic romance story about irrational hatred, clannish violence, and the poor souls who are crushed in between them. Like the original Robert Wise film adaption from 1961, it’s a massive work of spectacle and musical melodrama that realizes its story with heights of joy and campy dance sequences.

With the help of his brilliant cinematographer, Janusz Kaminski, he’s crafted the kind of luscious, vibrant musical filmmaking that Hollywood can’t create anymore. The film has the same warm, sentimental color grading of Bridge of Spies and it gives the film a kind of timeless quality like he’s almost managed to reverse engineer to look of 1950s technicolor in the age of digital filmmaking. He poured his $100 million budget into creating a staged/CGI rendition of New York City that looks real and weighs heavily on the background of every scene. The dance choreography is perfect and every scene follows it with mechanical precision in only the way a great director can achieve.

Spielberg follows the original story loyally but does take the liberty to make small changes to the script and story. The aforementioned gentrification subtexts are new, reflecting modern political anxieties. The film also borrows elements from the 2009 Broadway revival, which had the Puerto Rican character dialogue partially translated into Spanish by Lin Manuel Miranda of In the Heights and Hamilton fame.

The small touches do fundamentally shift elements of the film’s themes in some regard. The setting of demolished New York apartments creates an almost apocalyptic and oppressive tone. One can almost sense Spielberg speaking to modern racial anxieties about inner-city violence and blight. This is a world that’s dying, filled with people who hate each other and only understand racial loyalties. Spielberg also downplays the nature/nurture themes of the original film to more heavily condemn the implicit racism and cruelty of the white Jet gang, who are presented as wannabe rapists who scream topical quotes like “go back where you came from” at Latina women.

The result is an angrier film than its predecessor, less sympathetic, and more reactionary than earlier versions. One can almost sense some of the latent nihilism he explored in films like A.I. Artificial Intelligence, War of the Worlds, and Munich bubbling up once again.

The result is a film distinct from its predecessor that also feels incredibly contemporary. Even with contemporary attempts to resurrect the Hollywood musical with the likes of Les Miserables, La La Land, and The Greatest Showman, the American musical hasn’t felt this huge in decades. West Side Story is the kind of massive spectacle filmmaking that Hollywood used to make with regularity and now only someone with as much clout as Steven Spielberg can resurrect it. It’s an energetic work, brimming with moralism and high melodrama. Spielberg has truly crafted something that Hollywood is never going to see again, at least if the box office is any indication.

West Side Story is another notch in the belt of Spielberg's late-career transition into cinema's greatest sentimentalist. While most audiences don't appreciate what some have called the "Frank Capra" stage of his career, West Side Story proves the 74-year-old director is still at the top of his game and driven to create energetic and fresh work!