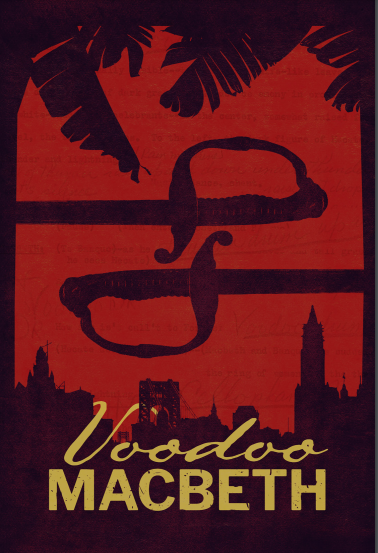 Currently making the rounds on the film festival circuit, one low-budget drama has particularly caught the eye of cinephiles on the internet this past month. Voodoo Macbeth is a small project produced by a large collection of film students from the University of Southern California and yet it’s managed to screen at least in one major film festival so far and is being considered for distribution by Warner Brothers.

How could a group of film students manage to produce something so noteworthy?

Violence/Scary Images: A woman is depicted in the hospital dying from a serious illness. A man is briefly stabbed in the stomach but doesn’t sustain serious injury.
Language/Crude Humor: Some serious language throughout the film.
Drug/Alcohol References: Casual drinking and smoking.
Sexual Content: Nothing depicted; themes of marriage troubles and single-parenthood.
Spiritual Content: None.
Other Negative Content: Depictions of bigotry and paranoia.
Positive Content: Themes of diversity, cooperation and growth.

I wish I had a better sense as to why so many filmmakers have made it their mission to tell stories about Orson Welles. The last twenty-five years of filmmaking has given us numerous biopics and documentaries about the life of the man in question including RKO 251, Me and Orson Welles, Magician, They’ll Love Me When I’m Dead and Mank. The qualities and honesty of each of these works vary from film to film, but it’s curious that so many filmmakers are interested in the story of one man’s life. What is it about the life of the creator of Citizen Kane that makes great filmmakers as diverse as Richard Linklater, Morgan Neville and David Fincher want to write stories about him?

The newest rendition of this concept comes in the form of Voodoo Macbeth which just screened last month at the Pan-African Film Festival following a premiere at the University of Southern California. Fans of Welles are likely familiar with the title. In 1936, a twenty-year-old Orson Welles staged one of the most critically acclaimed adaptations of Shakespeare’s Macbeth by recasting the play entirely with black actors and moving the setting to the court of Haiti. Though it received some blowback before the premiere, the play was well regarded and popular afterward, and blasted the young actor into national prominence as a brilliant director of the stage.

Sadly, only a few minutes of performance footage of the play still exists today in newsreels. It’s great then that we now get to see the play brought to life in this film!

Voodoo Macbeth has an unusual production history. The largest name attached to the film production is its project supervisor John Watson, who holds the Broccoli Endowed Chari for Producing at the USC School of Cinematic Arts. He’s most known for producing Hollywood films like Robin Hood: Prince of Thieves, Blown Away and Backdraft. The film itself was written, directed and performed by a small army of film students and funded with a charitable grant from Warner Brothers. The film has 8 screenwriting credits and 10 directorial credits.

That’s insane. I have no idea how you could possibly make a cohesive film with a shared vision that works with that many cooks in the kitchen but it’s hard to argue with the results. Voodoo Macbeth is one of the best student films I’ve ever seen and manages to rival similarly-themed films by other major filmmakers as one of the great biopics about Orson Welles!

That’s not to say it doesn’t feel somewhat amateurish. The production design is luscious but its cinematography is quite flat and unexciting at points (although it gets the job done!). The writing and performances are slick enough to get by and manage to impart a surprising amount of nuance and information about these characters. It’s far more professional than the majority of freshmen film projects in any regard!

If there is one obvious stickler issue for me, I can’t quite get over Jewell Wilson Bridge’s performance as Orson Welles. He’s a fine actor who carries the energy of a youthful Wellesian actor into the role amicably, and he’s working with some dialogue that lets him channel a lot of swagger and the sense he has something to prove. I can’t help but feel he’s miscast for the role though. Orson Welles had a unique stage presence because of his deep booming voice, broad shoulders and chubby face. Mr. Bridge is a scrawny tenor and he doesn’t make me think of Orson.

All things considered, that’s more of a personal gripe than a flaw. If you’re going to channel ANY director for your inaugural effort, go big or go home! Sometimes when you take a risk like this, you fail. That the film mostly gets it right is what’s impressive.

The film has a lot of interesting ideas on its mind that clearly inspired the production. The original Voodoo Macbeth stage play was a groundbreaking critically successful moment in the history of black art that toured the United States after its 10-week premiere. The film uses this setup as a chance to explore tons of interesting ideas that are very pertinent to modern filmmaking, such as the controversial nature of diversity casting (i.e. internet controversies when white male characters get recast as black or female), the role white artists play in telling Black stories, and the role reactionary politics plays in keeping those things from happening.

The film starts by introducing the audience to an all-black theater company in Harlem that’s trying to get its feet off the ground with a big risky Shakespeare production. The project is a risk because a massive stage play like Shakespeare could drain the company’s finances for an entire season and needs to be a hit immediately to warrant the rest of the season. Interested in finding a visionary who could helm the project, they approach the young Orson Welles who has recently arrived in New York City and is working as a radio host. Though initially skeptical, he ultimately takes the job when he realizes a way to shake up the famous Scottish play by moving the setting to a more ethnically black setting!

From here on, the story focuses on him trying to figure out the logistics of putting on the play. Given the lack of professionally trained Shakespearean actors in Black Harlem, he starts building a cast of local poets, singers, boxers and relatively amateur performers and using their skills to train them in how to play Shakespearean characters.

There are numerous subplots and digressions to the film and each one of them tackles these subjects. Welles is obviously the biggest named character in the film and he gets the most screen time because of his important role in the real-life story. While Welles is clearly credited as the play’s creative director, the film ISN’T shy about the fact that he’s a bit of an egomaniac and he’s prone to stepping on other people’s feet when he focuses too much on his reputation and success.

At one point, a performance of the play gets interrupted by a series of major technical issues and Welles hurriedly performs Macbeth’s final speech in Black-Face, much to the horror of the audience and cast alike. The critics quickly turn around and start lambasting the play while the cast threatens to walk out if he does something that insensitive again.

Naturally, an all-Black production wouldn’t go unnoticed by the political establishment. FDR’s Federal Theater company, created in real life to help subsidize starving artists during the Great Depression, drew a lot of flack for its leftist viewpoints and here that blowback is personified as a right-wing politician who tries to bribe and threaten the production because he’s afraid a collection of blacks and liberals like this could turn into a hotbed of communism. Thankfully he doesn’t succeed at this point and the play goes on to become a success! Although the company would fold in 1939 due to political criticism, just as Orson Welles was leaving for Hollywood.

The film definitely has a leftist edge to its story (just as Orson Welles and the original VooDoo Macbeth did) and it can’t help but feel very contemporary considering just how popular diversity recast musicals like Hamilton are at the time of writing.

I suspect that, more than anything else, it is the reason why this story was told. As a biopic AND a period piece AND a story about an important moment in the history of Black Culture, Voodoo Macbeth captures tensions and themes that are still ongoing in cultural debates in the 2020s, 85 years later. The film ends on a note about the importance of honoring Black peoples for their accomplishments and letting them take the credit they rightly deserve.

There’s a moment of unstated irony here of course too. Orson Welles would go on to become the most critically acclaimed filmmaker in history, adapt Macbeth a second time for film, and never worked with the majority of the actors from the play again. He walks off into the sunset a more modest man but leaves the theater to itself (it would later be closed in 1939 for political reasons).

Then again, Welles also spent forty years of his career in exile scraping money together to keep his projects afloat. Maybe none of these characters won in the end. Unlike last year’s Mank, the film seems to rightly agree that the play’s success was a collaborative effort. Welles’ character faults are depicted as real but necessary to get the play off-the-ground in an era of segregation. That it didn’t work out for everyone is sad but as Welles once famously said, “If you want a happy ending, that depends, of course, on where you stop your story.”

Thankfully, Voodoo Macbeth is a happy story! It’s a beautiful drama that fully captures the joy of this moment in history and does so with more passion and humanity than I would’ve expected a college project could bring to bear.

- Some weak performances including its lead performance
- Flat cinematography

Voodoo Macbeth is a must-see film for fans of Orson Welles! While it hasn't received full distribution, it's likely it will see a theatrical or HBO Max release sometime later this year. It will be well worth seeking out when that happens!