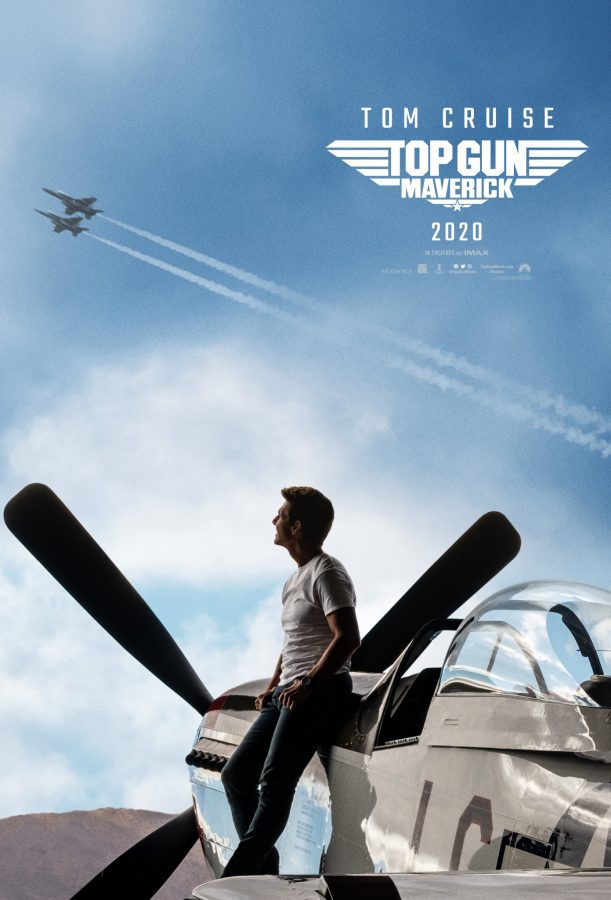 Top Gun: Maverick was one of the largest victims of the COVID-19 pandemic. The film was originally slated for release in the summer of 2019 before being delayed to rework some of the flight sequences. Then it was delayed again once COVID-19 set back the entire film industry, and delayed several more times until May 2022, when it is finally being released to theaters. During that time, entire movie franchises have run their lifecycle. Sonic the Hedgehog has had two movies released in that window.

Regardless, the long-awaited sequel to one of the most high-octane films of the 1980s finally releases in theaters this week after thirty-six years.

Violence/Scary Images: Exciting and tense action scenes but no scenes of gore or blood.
Language/Crude Humor: Some severe language including F***, S***,” and J****.
Sexual Content: A PG-13 sex scene.
Drug/Alcohol Use: Lots of casual drinking and hanging out at a bar.
Spiritual Content: None.
Other Negative Themes: Themes of disobedience, failure, and breaking the rules to get results.
Positive Content: Themes of forgiveness, trust, and growth.

Making a sequel to Top Gun feels a bit foolhardy in concept. The original film was created in such a specific moment of time that trying to resurrect the franchise for a follow-up, especially after director Tony Scott’s unfortunate suicide in 2012, seems like a bad idea. It was a work of glorification, born into a less complicated world where good and evil seemed to map more clearly onto the ongoing Cold War between the powers of liberal democracy and totalitarian communism. It was a time, the time of the Reagan Administration, when cowboy diplomacy and militarism didn’t feel bogged down by two decades of war and a growing disregard for nationalism. In our nostalgia-crazed Hollywood media landscape though, there isn’t anything from the recent past that will likely escape scrutiny.

It is thankful though the film came out when it did and brought in some of the best people currently working to make it possible. Tom Cruise and screenwriter Christopher McQuarrie have reached a kind of creative synthesis that most artists spend all of their life searching for. Together they seem a perfect fit for each other and their work has given us Edge of Tomorrow, the final four Mission Impossible sequels, and now Top Gun: Maverick. It is a match made in heaven because Tom Cruise specializes in playing single-mindedly talented renegades who seek conflict as an outlet for their greatness. McQuarrie is the perfect screenwriter to create stories that wring every ounce of tension out of those scenarios.

Top Gun: Maverick is an excellent movie, one of the best Hollywood blockbusters so far this decade in fact. It’s slick, streamlined, and filmed with a level of panache and visual fidelity that I’ve seen compared to the likes of Mad Max: Fury Road. I wouldn’t necessarily go that far though. The movie looks great and its practical effects—using real F-18 fighter jets—add a visual grandeur that is rarely seen in the age of CGI. On the IMAX screen I watched, the film felt enormous. The weight of everything felt as large as it should.

The story picks up decades after the original film. Having succeeded in becoming the second most talented pilot at Top Gun, Capt. Pete “Maverick” Mitchell bounced back and forth across the U.S. Navy for the next few decades, working on different projects and being drummed out for insubordination, although ultimately protected by Admiral Iceman. On the cusp of being fired, he’s given one final mission to train a group of the most talented fighter pilots in the country for a nearly impossible mission behind enemy lines that only Maverick himself is talented enough to pull off.

At times, the fact that this is a Top Gun sequel overpowers the proceedings. There are tons of moments of gratuitous nostalgia, including homages to the opening scene, the piano scene, the sex scene, the volleyball scene, buzzing the tower, and more. Several of the characters are modeled on the same archetypes the first film used and uses them in similar ways dramatically, replacing Iceman with Hangman who is also a cocky pilot, and replacing Goose with his son Rooster. The movie’s opening minutes are just a montage of fighter jets taking off and landing from an aircraft carrier while Highway to the Danger Zone blows out the bass speakers in the auditorium. It’s a fun shot of adrenaline but there’s no plot to it. The movie as a whole feels a little too close to just playing it safe, even bringing back older versions of the characters, like Val Kilmer from the first film, to play the hits and repeat fan-favorite moments.

Like many of the latest legacy sequels in recent years—Blade Runner 2049, Star Wars: The Force Awakens, Doctor Sleep, Ghostbusters: Afterlife, etc—it is a film that has to put a lampshade on the realities of its character’s life in order for a sequel to be possible. The story has to come up with a reason why Maverick has spent the last thirty years of his distinguished career purposely refusing to move up in the ranks of the Navy. At times, it feels like the story has to purposely atrophy his character development just to have a premise where he can go back to being a Top Gun flight instructor. Much like Han Solo in the sequel trilogy, seeing a character deteriorate after thirty years is more depressing than edifying.

Thankfully, McQuarrie’s script really works miracles. He’s essentially playing the same playbook he used writing the scripts for Mission: Impossible – Rogue Nation and Mission: Impossible – Fallout; writing stories of such absurd specificity that only a Tom Cruise protagonist can think, run, fight, and power their way through them and somehow still work up to the best possible happy ending. Thanks to Cruise’s absolute desire to work with practical effects, most of the film is realized with mindbogglingly expensive-looking military aircraft.

The script is smart enough to realize just how much baggage this young hotshot is carrying into his late 50s, a time when most career military men are looking forward to retirement, and realize just how empty this character’s life is without his beloved planes. Maverick is a man who feels most at home in a cockpit, being the best pilot in the world. Of course, he would give up relationships, family, and career opportunities for that dream. That the film actually does play with Maverick as a character and build his maturity and growth as a character somewhat is surprising.

There are other nitpicks I could level. Some of the cast are given one-dimensional characters, while others are played by actors who feel like a charisma vacuum when placed next to Cruise on screen. Miles Teller does a surprisingly admirable job playing the son of Goose, a kid with a chip on his shoulder who has to learn to work with and trust the man who accidentally killed his father in a training accident. Teller ends up being one of the few actors who can match Cruise’s intensity on screen and ends up getting some of the best stuff in the film’s finale.

Nitpicks are nitpicks though and Top Gun: Maverick is a film that deserves to be regarded for its excellence as a blockbuster. It is one of the slickest, most well-tuned, and most fun action movies we’ve gotten in a while! It managed to be smart enough to make a sequel that could’ve been embarrassing, filled with slobbering nostalgia, and turned it into one of the best-looking blockbusters in years!

- Some weak secondary performances
- Too many nostalgia moments

Top Gun: Maverick is going to end up being one of the best blockbusters of 2022! Its exciting, fun, and action-packed in the best way and manages to make the most of a sequel to a 36-year-old film!