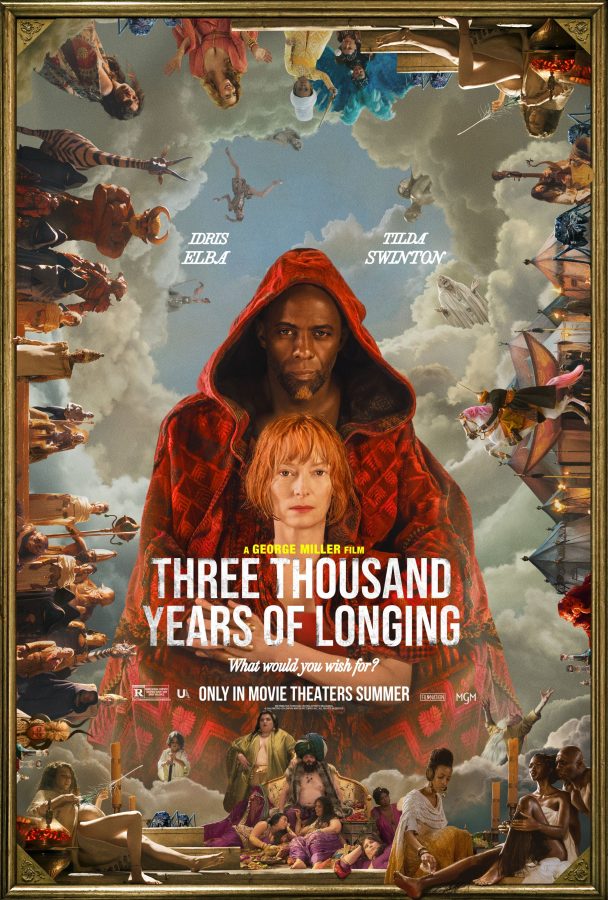 Is there a mainstream director with a career more eclectic than George Miller?

The 77-year-old Australian director cut his teeth as the director of the Mel Gibson Mad Max Trilogy, before transitioning to children’s films like Babe The Pig in the City and Happy Feet. He then returned in 2015 with his critically acclaimed darling Mad Max: Fury Road and proceeded to spend the next six years in litigation with Warner Brothers over residuals.

His next film Furiosa is scheduled for release in May 2024, but in the meantime, he’s finally back after a seven-year directing hiatus with a smaller project! It has so far has bombed at the box office…

Violence/Scary Images: A handful of gruesome deaths, blood, and battles are shown.
Language/Crude Humor: Some severe language including f***.
Drug/Alcohol References: A character is shown drinking heavily and is said to have drunk himself to death.
Sexual Content: Frequent full-front female nudity and a handful of sex scenes shown somewhat obscured.
Spiritual Content: Generally atheistic sentiments, although one character calls himself “God-fearing”. Several supernatural creatures and immortal beings are shown to exist.
Other Negative Content: Themes of meaninglessness and nihilistic content.
Positive Content: Themes of love, connection, and meaning.

I was sold on Three Thousand Years of Longing long before I went to see it. I wanted to see it before I had even seen a trailer or read the premise of the film online. This was a movie I was going to see solely because it’s the follow-up film from George Miller following his masterpiece Mad Max: Fury Road. For that reason alone, I needed to see and support it.

Three Thousand Years of Longing is a much smaller film than its predecessor. Whereas that was an epic action film, this is a small drama mostly set in a hotel room and told through flashbacks. It is, for lack of a better descriptor, a genie story. It is however a subversion of that kind of classic story best recognized in the likes of Aladdin, wherein it becomes a deconstruction of such stories in order to dig into the deeper question of desire and what drives it.

The film is very much rooted in the epicurean existentialism of modern films like Anomolisa, The Shape of Water, and Everything Everywhere All at Once, which might sound pretentious but it really just means that it’s a movie about why love is the only thing that matters in an empty and nihilistic universe.

It plays this hand very early on. The movie makes it very clear in the beginning that it is a story about storytelling, and the stories we tell ourselves to help us get through life. We’re introduced to Alithea Binnie, a middle-aged woman who has dedicated her life to her academic study of storytelling and who claims she has no desire to pursue love. As we’re introduced to her, she’s on a business trip to Istanbul, Turkey, to give a public speech about the way narratives help humans to contextualize reality and the chaos of the universe. Just as she’s dismissing the notion of gods as stories told by unscientific people, a mysterious supernatural being approaches her from the crowd and knocks her unconscious.

The meaning is right on the surface. Her fragile world of scientific materialism is being intruded upon, but by what? Shortly after, she accidentally releases a Djinn into her hotel room from a jar she purchased at a local store. The Djinn asks her to provide three wishes that will fulfill the desires of her heart in order for him to be freed from nearly 3,000 years of captivity and loneliness. Being a sensible and skeptical scholar, she immediately distrusts the being who she believes to be a trickster. She accuses him of trying to entrap her and that wishes in stories don’t ever work out well for the wisher.

In order to gain her trust, Djinn begins to explain his story to her so as to explain how he ended up trapped in such a bleak situation. His life has been a long series of love stories where his poor actions lead repeatedly to his own imprisonment and loneliness, as he becomes wrapped up in the lives of historical figures like Solomon, Queen Sheeba, and Suleiman.

The common theme of Djinn and Binnie’s stories is desire and the way that hatred, mistrust, and betrayal force people to push each other away. Djinn wants to be released from his imprisonment but the desires of his wish granters prove chaotic and unreliable as their wishes and desires drive them to hurt themselves. And yet, the film never condemns desire in and of itself. It just laments that hate has the power to push love apart and force people to reject their own desires, to reject love itself.

In subverting the tropes of the classic wish-granting story, Three Thousand Years of Longing unfurls into an impressive postmodern love story; a story that is probably too goofy and ambitious for its own good at times as its aspirations and themes occasionally unintentionally highlight the fact that the film is mostly Idris Elba and Tilda Swinton arguing in a hotel room. It can be hard to take a few scenes seriously staring at Elba’s Spoke Ears in shot-reverse-shot. I’m hardly one to judge a film this sincere and thematically loaded given that it’s a passion project from one of our greatest living directors. It’s a messy, nihilistic, and fascinating movie!

George Miller's comeback film is an awkward and somewhat messy film but is elevated by great performances and an incredibly ambitious story! It is a welcome return indeed!