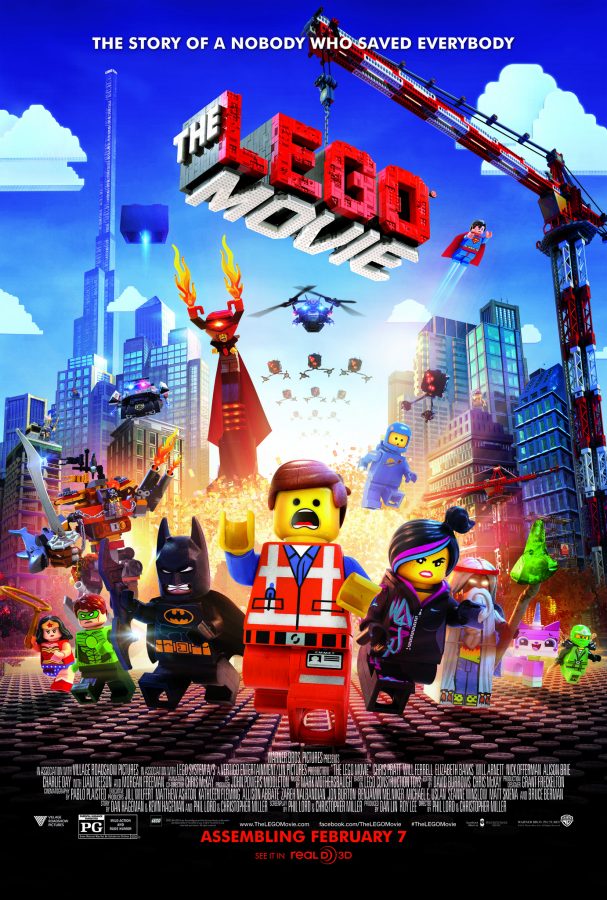 Emmet Brickowski (Chris Pratt) is a simple, plain, and ordinary construction worker in the city of Bricksburg.  He follows the rules and obeys instructions like any good citizen should.  The city is ruled by President Business (Will Ferrell), who very obviously has ill-intentions for the people of Bricksburg.

Emmet haphazardly discovers the sacred Piece of Resistance that had been prophesied about by Vitruvious (Morgan Freeman)–a wizard who protected the Piece of Resistance.  Joined by Wyldstyle (Elizabeth Banks) and a cast of famous and not-so-famous LEGO characters, Emmet sets out on an adventure to save the world.

There is something special about this movie from the start.  Call it nostalgia or childlike playfulness but this movie brings something out of its audience that makes you feel like a kid again.  I would be utterly surprised if the writers of this movie didn’t have kids themselves, because of the way the story is told.

There is humor enough for any adult to enjoy. The dirtiest word they say in the entire movie is “butt,” and it’s only used a couple of times. I found myself laughing at almost every joke in the movie and how clever and well-crafted it was.

The ending is equally as clever, when there is a big reveal, capped off with a final joke that begs for a sequel.

Equally as catchy is the music, as many who’ve been around kids have probably already heard “Everything is Awesome.” I can promise you: you will be singing that song when the movie ends.

You will be pleased to see familiar LEGO character cameos, aside from any Marvel characters, but each one will strike you with the awe and wonder of seeing the characters through the eyes of a child. The voiceover cast is expertly chosen and breathe life into each character. Every aspect is so very well done that I couldn’t get over the thought put into this movie.

You don’t have to have children to appreciate this movie, and anyone who has seen it will not judge you for admitting you saw it.

I can’t recommend this movie enough, and I have seen it easily a dozen times.

The LEGO Movie is available now on DVD and Blu-Ray.

- The movie needed to be more (because I'm selfish)

The LEGO Movie is one you can watch by yourself, or with your kids, and then by yourself again when the kids are in bed.

Founder and writer for Geeks Under Grace. Christian, Husband, Father, Sailor and Geek!