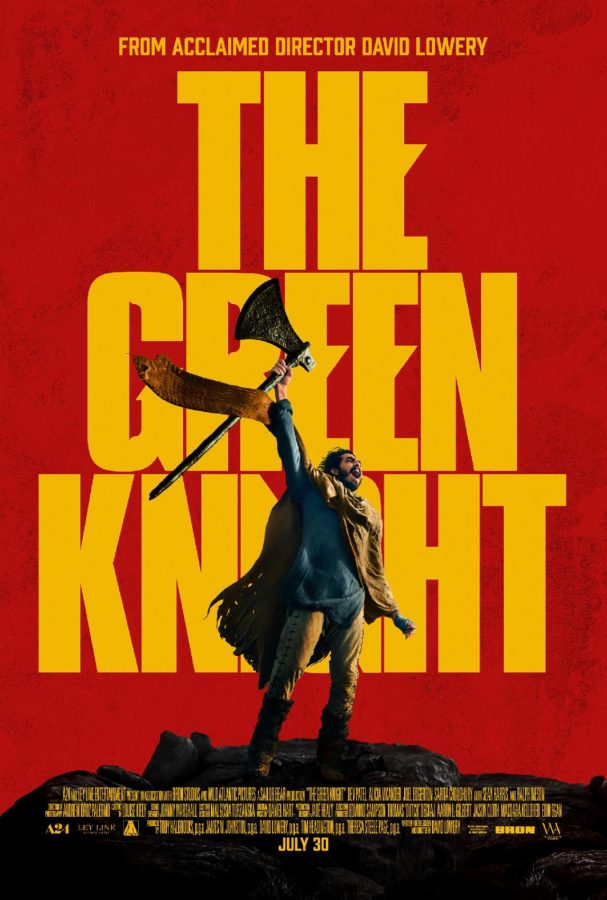 David Lowery has been quietly plugging away in Hollywood with one of the more criminally underrated careers of the past half-decade. Since 2016, he’s directed Disney’s live-action remake of Pete’s Dragon, A Ghost Story and The Old Man and the Gun, which starred Robert Redford’s final performance. He has a remarkable range as a director capable of directing kid’s movies, thrillers, and existential arthouse dramas.

It’s for that reason that I’ve been extremely excited to catch his newest film based on the classic 14th century Arthurian poem, Sir Gawain and the Great Knight! I was so excited last year after seeing the teaser trailer that I immediately read and submitted a review of the poem here at Geeks Under Grace and it’s since become one of my favorite works of poetry!

I was so disappointed when the SXSW Premiere of The Green Knight in March of 2020 was delayed and the film itself was pushed indefinitely into 2021. Now it’s FINALLY here!

Violence/Scary Images: Some graphic scenes involving blood, decapitation, stabbing and talking corpses. There’s a hallucination involving bugs crawling across the skin.
Language/Crude Humor: Some language.
Drug/Alcohol References: Characters casually drink alcohol, with some to the point of heavy intoxication. Wild mushrooms are consumed which cause hallucinations.
Sexual Content: Brief extreme sexual content, partial nudity in one scene and a scene of masturbation with a very gross ending; NOT kid safe or appropriate for sensitive audiences. A character visits a brothel.
Spiritual Content: Christianity and Paganism are alluded to but sparsely factor into the theme so much as serve as plot points. At one point a shield with the Virgin Mary is broken.
Other Negative Content: Depictions of cowardice, violence, and lust.
Positive Content: Themes of honor and pondering the nature of death.

The number one concern I’ve heard from people going into The Green Knight is that there’s no way in the world Hollywood would ever do an earnest adaptation of Sir Gawain and the Green Knight in the current year. The original Middle English poem is a prickly, bizarre, tonally strange, and moralistic work of Christian poetry that only works in the context that it’s a drama about the tension of worldly honor and heavenly salvation. It’s famously a story about temptation and how the refusal to fully succumb is the one thing that protects the soul from shame, dishonor, and damnation.

What purpose could a modern director possibly have in wanting to adapt such a story? Would they radically change the narrative or implicitly change the meaning to make it anti-Christian?

It’s clear from the start of David Lowery’s story that he definitely does want to go his own direction. It starts as it means to go on by introducing us to its hero, Gawain (not Sir Gawain) in a brothel. In his opening scene, we meet a young man waking up in a brothel next to a prostitute only to ride away desperate to make it to mass on time. This isn’t the Sir Gawain of the poem, a nobleman of high regard and honor. This is a young, thoroughly modern man who is about to be swept up in a much larger story.

And to be perfectly frank, I don’t know how to feel about it.

The Green Knight is a movie that most definitely exists to do its own thing. It loosely follows the structure of the original poem but it diverges from it thematically so frequently and aggressively that the movie can’t be interpreted as anything but a deconstruction. David Lowery is actively dialoging with the poem and rebuffing it so that he can achieve his own goal: that being a very modern and very somber meditation on the nature of death and honor. It’s a movie about how death is inevitable and the one thing we can control is how we approach it.

In that, I won’t deny Lowery his due. He’s clearly some kind of brilliant madman to attempt a story this ambitious, especially knowing he’s going to be receiving very angry letters from classics nerds like me who are going to want to… well let’s say reenact the “Christmas Game” with his head and an axe. He’s approaching Sir Gawain and the Green Knight with the same gumption that Stanley Kubrick approached The Shining; eager to dismember it and see what makes it tick.

There are parts of the film I found deeply absorbing and parts I found deeply alienating. Towards the beginning, the film was quite loyally riffing the story of the original work. Seeing this jittery and uncertain version of Gawain faced with the challenge of the Green Knight has an added layer of suspense to it knowing that he’s naive and impulsive enough to think he can outsmart the situation and win. Naturally, that doesn’t work and he’s forced to honor his half of the bargain by riding to settle his deal with the Green Knight.

It’s only after Gawain leaves Camelot to begin the quest to the Green Chapel that the film starts to completely diverge from the path. Here the film’s grasp on reality begins to slowly loosen. Our nominal “hero” finds himself caught in episodes of violence and uncertainty as the challenges he faces on the road to his destiny slowly dress him down. Gawain is faced with similar trials to the ones he faces in the book but they prove him less than the man of his namesake.

Lowery’s visual storytelling here is on point. We’re treated to visions of nature, death and something in between or greater. Gawain himself reflects that green is the color of rot and the visual storytelling reflects this. His journey is a self-reflective soul search as he walks toward a literal “Green Chapel”, the place where nature overtakes life. It’s occasionally cryptic and unsettling in terms of where the film takes these episodes. Even when the film returns to the safety of events from the book, it’s only setting up the viewer to descend these characters into a much darker place.

The film’s final moments thankfully drag the movie back from a place of total despair and depravity at the last second and earn it the closest thing it has to a moral. Unfortunately by this point, the movie has so deeply spun its own thread that I’m not sure it can even be said to share anything with the poem it’s based on.

Look, I’m not going to pretend like I didn’t know what I was getting myself into. I’m more than familiar with A24’s filmography and I know they absolutely love cryptic pseudo-horror films with moody cinematography and bleak surrealistic endings. I didn’t expect I was getting myself into something safe and I was prepared for this film to diverge from the poem substantially. Considering how much other critics are absolutely loving the film, I’m willing to postulate that my somewhat negative reaction is just my own and that I’m one of the few people who will be moderately alienated by it. I may even watch it again and realize it’s a masterpiece.

For now though, I’m left fairly cold by The Green Knight. It succeeds in telling it’s own fully realized story about living an honorable life in light of the inevitability of death, but its bleakness and rotting exterior is hardly edifying. Sir Gawain and the Green Knight teaches that honor is Godly and good for its own sake while the film teaches that you might as well live honorably so you can say to yourself that you did it.

The Green Knight is a tough movie to chew on. It's a completely realized work from start to finish but it's also an arthouse surrealist fantasy drama that exists almost exclusively to deconstruct the original poem and recontextualize it as a parable about death. As a story, it can't help but feel a bit hallowed out if you're already a fan of the original poem like this reviewer. If you like dark, cryptic art films though, you may find The Green Knight a deeply rewarding experience!