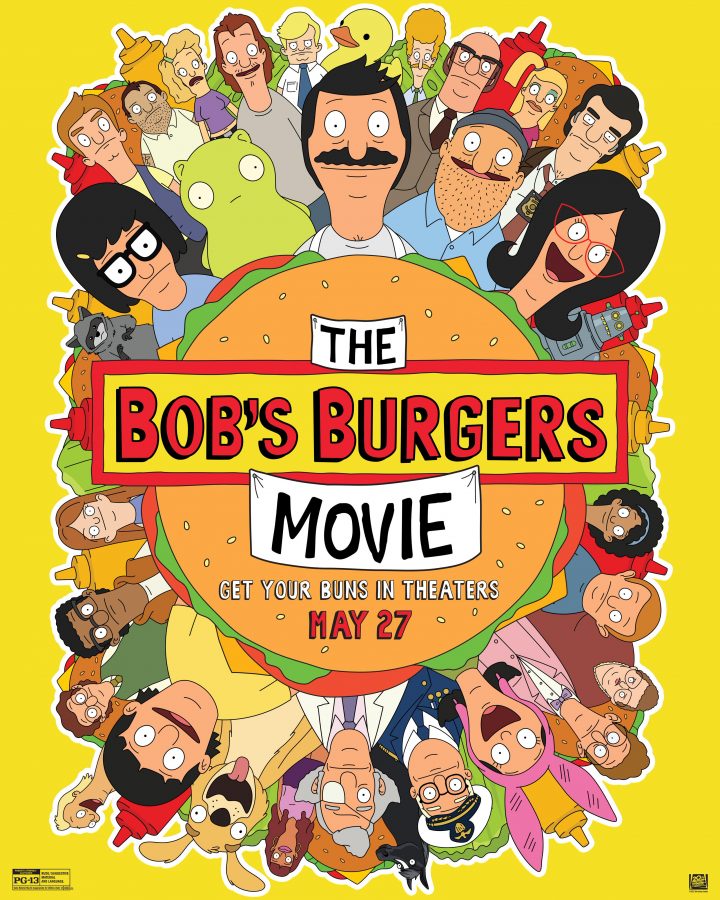 My first exposure to Bob’s Burgers was the rerun episodes on Adult Swim. Then a few years ago, before COVID ran rampant, I binged multiple seasons of the show. Though I am not the most dedicated fan, I was ecstatic when I heard that a feature film was in the works. It is a big deal when an animated tv series gets a theatrical movie release, and the one that comes to mind is The Simpsons Movie. The Simpsons Movie, also from 20th Century, is one of my favorite animated films. I had high hopes for The Bob’s Burgers Movie; I came out of the theater pleasantly surprised at the end of my viewing on Memorial Day. I got the quality movie that I wanted, but it also went above and beyond my expectations.

Violence/Scary Images: Bob’s Burgers is not a violent movie but includes a variety of intense scenes. The first is that a person gets shot off-camera, and all we see are silhouettes. Another has a character discover a skeleton, and its teeth fall into their mouth. Lastly, a character holds others at gunpoint and threatens to destroy the city. A big car chase includes many close calls.

Language/Crude Humor: Frequently present throughout the film are what some might consider mild profanity. “A**,” “d*mn,” “crap, and “penis” are words that characters use. Fart jokes also make a frequent appearance.

Alcohol/Drug References: One character asks some children if they are buying drugs off the street. Two characters have drinks at a bar.

Sexual Content: The movie does not have any nudity but contains many sexual jokes. A character wears a burger suit with a bikini over it and jokes about being mistaken for a prostitute. One of the children has fantasies about a boy in his underwear and dreams of kissing him. Other jokes include one that references a male character naming their penis. In the background of dance sequences, some characters are twerking. A band goes by the name of the “Itty Bitty Ditty Committee.”

Other Negative Content: I want to point out that some bullying occurs in the film in which one child gets called a baby by another. The name-calling drives the character to make some unsafe decisions.

Positive Content: Bob’s Burgers is one of the cleanest adult animated comedies out there, and the same can be said for the movie as well. The show’s humor feels very innocent most of the time as the children make sexual jokes and remarks that they fully don’t understand. Bob and Linda are easily one of the best couples on television and now on the big screen. They lead relatively everyday lives and find themselves in awkward situations that even they don’t fully understand most of the time. I suggest that parents could even enjoy this movie and series with their older teens/young adults who can understand the mature humor.

One of the first things you’ll notice when watching The Bob’s Burgers Movie is the improved animation. Usually a television series gets a level up in animation when it becomes a film, and that is no different this time. The lighting sticks out to me as the light and shadows masterfully add another dimension to the visuals. It feels as though some 3D animation was used in the mix and complements the traditional style that the show carries. Fans will be happy to know this feature film is more than just a visual treat—it is built upon the heart and attitude they have come to know and love about the show over the years.

The basic plot of the Bob’s Burgers series is all about the Belcher family keeping their burger restaurant in business as a new challenge stands in their way each week. The movie is no different; the challenge they face this time around is a giant sinkhole right in front of their door as Bob and Linda aim to get an extension on their business loan. Gene, Louise, and Tina are on an adventure on their own as they discover there is something more to that sinkhole than meets the eye. The movie feels like an extended episode of the show, which isn’t necessarily a negative mark—I expected a grander scale than what the plot entailed. I was pleased to discover there’s much more that makes this movie unique and it does so in the most Bob’s Burgers way possible.

I did not expect this movie to be a full-on musical. I should have seen it coming in hindsight, considering how music and singing are a big part of the series. Most episodes of the show include an end-credits sequence accompanied by some song or jingle that the Belcher family sings. Four musical numbers are well placed throughout the movie as characters break out into song, as is typically done in the genre. My favorite is the opening song called “Sunny Side Up Summer,” where I found myself grinning and tapping to the beat. The other three songs aren’t as memorable for me, but all of them are still highly catchy earworms. Making this movie into a musical was a genius move by the creators because this movie would not have stood out otherwise. This aspect of the film feels like those end-credit jams were taken to the next level and became one of the biggest reasons I may recommend it to a few others who aren’t familiar with the TV series.

One of the areas in which the movie starts strong is the very same in which it falls short. It introduces each member of the Belcher family and what motivates them, though Linda gets a minor focus. New viewers get to witness Bob and Linda’s challenge to keep the restaurant open, Gene’s desire to be a music star, Louise’s mischievous nature, and Tina’s massive crush on the son of Bob’s rival. These aspects are an introduction to the family, but are very surface level. Sadly, the film contains dozens of jokes and references that new viewers won’t connect with, especially the kind of humor that the series has brought to the big screen. I initially invited some relatives to watch the film with me, but I can’t help but feel that flying solo was the right choice for this one.

As I just mentioned, the movie has much for fans of the show to enjoy. It does well to give the Belchers some critical character development, though some get more attention than others. Louise receives the most, which doesn’t surprise me since she is the fan-favorite. I expected The Bob’s Burgers movie to be a simple showcase of the misadventures the family constantly finds themselves in, but I was intrigued with where the creators seemed willing to go. I say “seemed” because the movie tackles some critical issues with a particular character, but it never truly sticks the landing. My crypticness is to avoid spoilers, but it feels as though they get 99% of the way there and decide not to stick the landing and go the entire one hundred.

Fans of Bob’s Burgers will find a lot to love about this movie and appreciate the upgrades it receives from its big-screen debut. The animation and musical sections are easily the highlight movie, and the only real downside is that some characters get more attention than others. The Bob’s Burgers Movie is one of the most fun theater experiences I will have all year, but I honestly can’t recommend it to people who aren’t familiar with the series. My advice is to binge some episodes and see if you enjoy both the innocent and awkward humor that many have known and loved about the series. Though it includes many mature jokes and references, Bob’s Burgers is the most wholesome primetime animated series on television, and I encourage more people to try it.

While going above and beyond expectations, The Bob's Burgers Movie may be a tough watch for new viewers despite it being a great introduction to the Belcher family and their quirks.