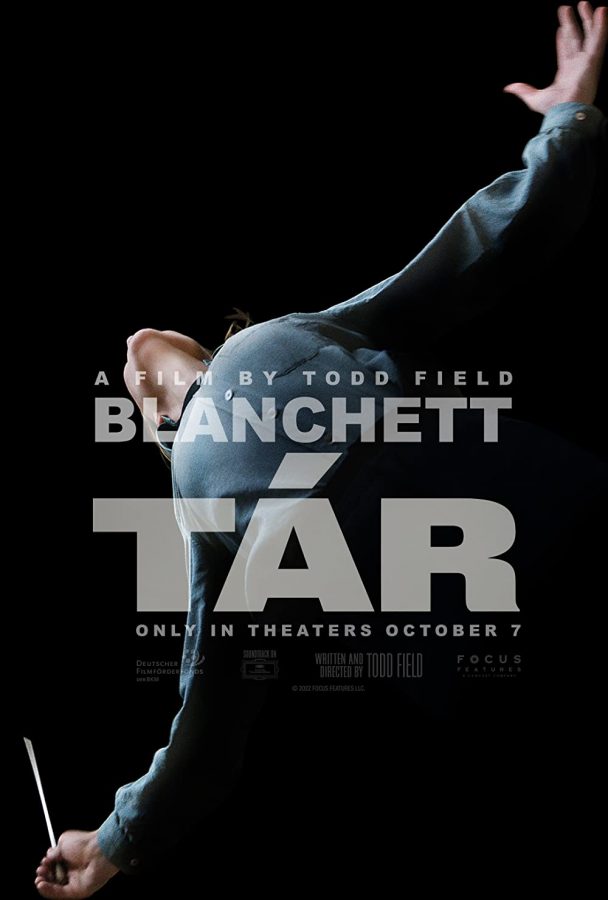 Life has really made it hard for me to be a movie person of late. I’ve maybe seen one movie in theaters since August and I am ready to get back to my grind. I still need to watch Halloween Ends, Black Adam, Amsterdam, The Woman King, Don’t Worry Darling, Prey, Medieval, Dead For A Dollar, and a few other major releases to catch up, but I decided to make my return to the theater with an arthouse flick and saw one of the most acclaimed movies of the moment!

A few months ago, I wrote a note in my personal calender to watch a new movie called Tár that was set to come out in theaters in the near future. I don’t remember why I wrote it down, but shortly after the film was released I started hearing glowing things about it from people I trusted and decided this was something I ought to give some attention. So I went into the movie blind with vague expectations that it was this year’s Whiplash, as one critic put it.

I wouldn’t say that is a fair comparision though. Tár is a very different movie than something like the works of Damien Chazelle. Writer/director Todd Field is most known for his works In the Bedroom and Little Children, for which he received three Academy Awards nominations. His newest film though might just prove to be his enduring masterpiece.

Tár follows the story of Lydia Tár, a fictional music conductor who is introduced from the outset at the height of her incredible career. She is one of the most prolific musicians of her generation, studied in the best schools, traveled the world, is on the cusp of a bestselling book tour, and is currently the conductor of the Berliner Philharmoniker Orchestra. The film spends five minutes just letting a New Yorker journalist introduce her accomplishments glowingly. She is wealthy, respected, lives a lavish life with her lesbian wife and adopted daughter, and is effectively beyond reproach. One word from her can make or break careers.

When one incident from her past begins to slowly blow up though, she finds her life is slowly unfurling as her reputation gets called into question. Her mental state, family, and career corrodes and begins to fall apart.

I can imagine a film like this being fairly difficult for your average moviegoer. It is a slowburn two-and-a-half-hour art-film in the truest form of those words. The first hour is incredibly slow and undramatic, but it is rivetingly shot, performed, and executed. Fields is clearly a director with a mannered vision and he holds his camera with the seasoned confidence of a master director.

Lydia Tár’s story has a lurid, straight from the headlines sensibility to it that would otherwise come off as somewhat exploitative and topical. This is a story where one of the core ideas at its heart is the relationship between the artist and those who work from them and it becomes overtly clear that Lydia’s sexual proclivities are a temptation for her as she is repeatedly accused (falsely and maybe less falsely) of hiring musicians she has an erotic fascination with. It is very clear her marriage is one of convenience in some regards and that she treats others as tools, easily discarded without much consideration for their humanity.

One of the film’s most provocative scenes comes early on when she is teaching a guest lecture at Julliard. She is trying to teach the importance of passion and emotional connection in work and uses the example of Bach, to which a young Black student objects to the idea of being forced to connect to a white musician who was guilty of some major sins in his life. Lydia totally dismisses the claims, downplaying the connection between the art and the artist. It is clear she doesn’t believe the artist has any say in their artistry’s work, but to the younger generation this flagrant lack of social responsibility is too much and she runs him out of the class.

Lydia Tár is an extremely abrasive character from start to finish, and it is clear the screenwriter wrote this character on the razor’s edge of likeability and empathy, as we watch her slowly disintegrate and cross moral lines. None of this would work if Cate Blanchett wasn’t giving a career defining and incredibly challenging and effective central performance. She realizes the fullness of this character to show her full humanity, malice, talent, brilliance, and perversion to bring this character to life in one of the most in-depth character studies in recent film.

The post #MeToo subject matter has certainly given the film its critics though. As The New Yorker’s Richard Brody writes:

“Tár is a regressive film that takes bitter aim at so-called cancel culture and lampoons so-called identity politics. It presents Lydia as an artist who fails to separate her private life from her professional one, who allows her sexual desires and personal relationships to influence her artistic judgment—which is, in turn, confirmed and even improved under that influence.”

The film is certainly playing with thematic fire but I don’t agree with this assessment. I think Field makes his thoughts on Lydia Tár’s tragic fall from grace quite clear. Even if there is no moment of Oedipus-like chatharsis to make it clear that everyone got what they deserved by the end, this is a story about unbearably wealthy and privileged people and she is still powerful enough by the end of the film to (mostly) land on her feet, albeit in a humiliating fashion.

As Goodfellas reminds us, sometimes the bad guys wind up humiliated and that is the best justice we get.

Tár is an incredible work of artistry in its own right and a likely Academy Awards contender. Granted, I don’t foresee the film being widely embraced as anything more than a performance vehicle. It is a very cold film and its excellence requires a level of commitment and patience to fully grasp, to the point where I still don’t feel like I fully understood all of it. The movie is deliberately obtuse in places though, actively focusing on its central character’s perspective and alluding to events we don’t see or fully understand.

Tar is not a film for everyone and it will likely alienate some viewers, but it is a singularly impressive work of dramatic storytelling with some of the most ambitious themes and goals of any recent film!