Review – Shang-Chi and the Legend of the Ten Rings 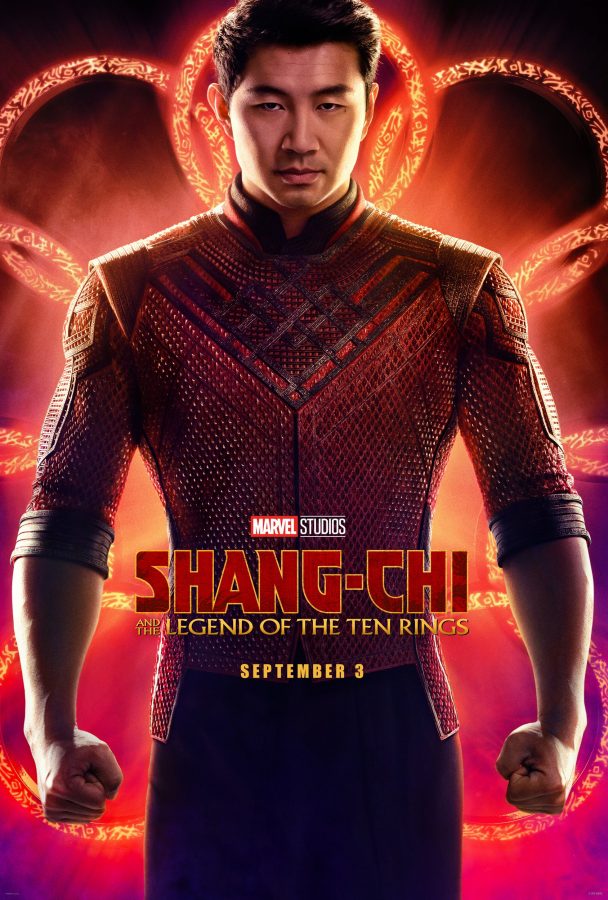 The Marvel Cinematic Universe was essentially on hold for the entirety of 2020. With the near end of the COVID pandemic though, Disney has gotten brave enough to finally start releasing new films in theaters. Their first try with Black Widow was a notable box office non-starter. Now they’re trying again two months later with their second of four films this year: Shang-Chi and the Legend of the Ten Rings.

Violence/Scary Images: PG-13 action comedy with punching, shooting and brawling. Characters fall to the deaths offscreen, have their souls sucked out of their bodies and bleed occasionally.
Language/Crude Humor: Infrequent cursing including s***, h*** and d***.
Drug/Alcohol References: Casual drinking.
Sexual Content: None.
Spiritual Content: Themes of spirituality; the existence of souls are a notable plot point in the film.
Other Negative Content: None.
Positive Content: Themes of family, love, reconciliation and doing the right thing.

It probably isn’t surprising that the most interesting post-Endgame Marvel Cinematic Universe projects are the most experimental and far-reaching ones. So far in 2021, shows like Wandavision and Loki have dominated much of the culture discussion thanks to how much they’re willing to pastiche odd and different movies to tell superhero stories in new ways (David Lynch and Terry Gilliam films respectively). Meanwhile, the more straightforward continuations like Black Widow and Falcon and the Winter Soldier have met with relatively middling responses.

That seems to be very much the case with Marvel’s Shang-Chi and the Legend of the Ten Rings. The newest tentpole solo movie to come out of the house of mouse marks the newest big character that Marvel wants to turn into a regular for all of their upcoming plans. The character is somewhat more obscure than most of the recent stock of heroes (meaning I wasn’t overly familiar with the character back when I still read comics obsessively) but the choice to draw him into the stable made sense. Marvel has made a concerted effort since 2018 to add more diverse heroes to the lineup, like Black Panther, Captain Marvel, She-Hulk, Iron Heart and Ms. Marvel, so fronting an Asian-lead film was the next logical step.

That’s not to say it was a sure thing. The movie was clearly banking on nostalgia and name recognition to try and get butts in the seats this time around. The “Ten Rings” terrorist organization from Iron Man as well as references to “The Mandarin” from Iron Man 3 were prominent talking points in the marketing campaign and title. I suspect that Disney’s higher-ups were a bit skittish about pushing a new franchise with lower name recognition and wanted to add enough lore references to make him marketable (don’t ask me why they’re taking larger risks like The Eternals though with less fan service).

Regardless of the studio politics, we have Shang-Chi now and I’m very happy to say it’s a very good Marvel movie. I don’t think it hits the heights of their best solo films like Iron Man or Black Panther but it definitely ranks among one of the stronger films on its own terms. Marvel movies are so formulaic at this point that you can pretty much predict the majority of their tropes and plot points without much work: tragic backstory, girlfriend sidekick character, superhero duels, quirky dialogue, humor, superhero cameos, third act fireworks display, etc.

That Shang-Chi felt more than the sum of its very repetitive parts spoke very well of how it managed to execute itself.

As these things usually start, we’re frontloaded with an exposition dump about the history of Wenwu, a thousand-year-old Chinese Wizard who used a set of ancient artifacts called the Ten Rings to create a powerful worldwide terror network that’s capable of breaking and shifting governments on a whim. When he meets a woman at the gate of a secret society of martial artists deep in the Chinese wilderness, he falls in love with her and the two create a family together.

Decades later, their two extremely talented martial artist children have fled their father and created lives for themselves. His son Shang-Chi is now Shaun; an American man living in San Francisco who gets by comfortably living an unambitious life as a valet. When his father’s agents suddenly appear back in his life though, he’s forced to reveal himself and fight back in the hope that he can stop his father from unleashing a dangerous force that could destroy the world.

Again, I suspect part of the chemistry just comes from the fact that it’s borrowing from great material. You can see the obvious influence that Hong Kong Kung Fu flicks and Chinese Wuxia have in defining this film’s aesthetics and ideas. You see the influence of films like Crouching Tiger Hidden Dragon, Hero, and Police Story in how it executes its action scenes and explores its ideas. Shang-Chi comes loaded with some of the best hand-to-hand combat of any Marvel film since Captain America: The Winter Soldier.

At times, I would say the film is somewhat mirky as to what it’s trying to be or say. Shang-Chi isn’t a terribly proactive protagonist and doesn’t have clear wants and desires. He mostly just seems like a good guy who is willing to do the right thing when he’s asked. As a result, his actor Simu Liu mostly has to get by with his charisma and physical presence. He’s interesting insofar as he has complicated relationships with his family and friends but I don’t sense much of an actual inner turmoil as the character. He doesn’t have many moral qualms about killing or using the power of the Ten Rings himself.

You really don’t notice the problem though until some of the action scenes when the lack of conflict stands out. Like I said though, the Marvel machine is very good at what it does at this point. The action, special effects, choreography, performances, and writing are always good enough that you rarely notice the magic trick being played on you. The muddled character motivations and occasionally weak comedic writing don’t intrude enough that the view reflects much about them.

Shang-Chi and the Legend of the Ten Rings isn’t at the top rung of the MCU but it definitely warrants a watch. It’s arguably the strongest MCU film since Avengers: Endgame and it leaves its characters in a place that makes me think that Simu Liu definitely has a future among the lineup of the Avengers whenever Disney decides to resurrect the team-up movies again. I look forward to seeing what the sequels to this movie hold in the near future!

Shang-Chi is easily the best MCU film since Avengers: Endgame and a refreshing take on the Marvel superhero formula. The added Wuxia flare and charismatic performances made it one of the slickest and most engaging MCU projects in years!