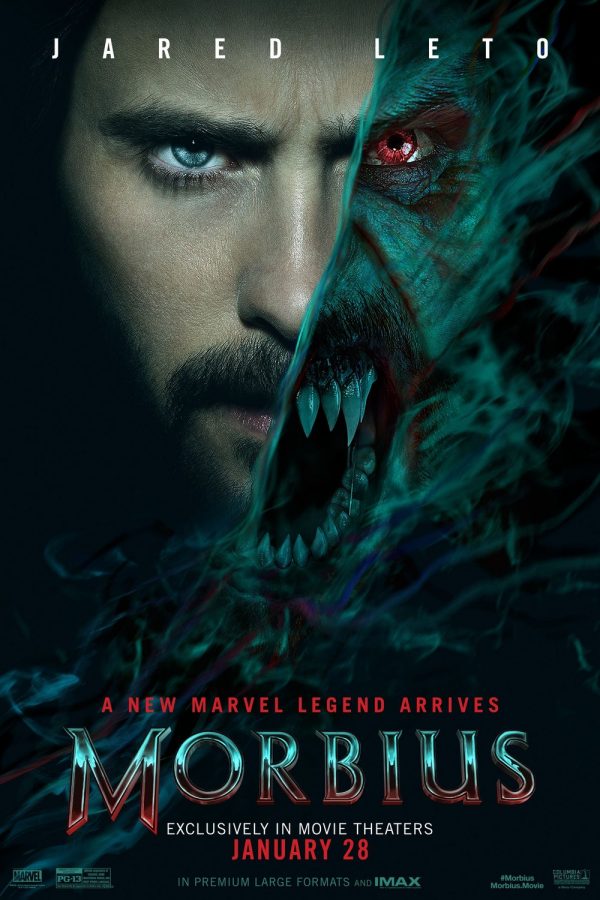 The latest in Sony Pictures’ efforts to forbade its eventual shuttering and corporate failures is its tedious attempt to try and turn the Spider-Man franchise into a multi-media franchise with spin-offs, sequels, and crossovers with the MCU. They tried this once with the Amazing Spider-Man movies and it failed to take off following the financial disaster of The Amazing Spider-Man 2.

Now they’re actually having some success getting movies off the ground. Venom (2018) and Venom: Let There Be Carnage (2021) were released to bad reviews and widespread audience approval. Now they have a Kraven the Hunter movie set to release in 2023 and the long-threatened Morbius the Living Vampire film in theaters now.

The film was originally scheduled for a March 2020 release, but delayed for reshoots and then delayed significantly further as a result of COVID. It was then delayed a final time to avoid interfering with Spiderman: No Way Home‘s box office success as it became the sixth highest-grossing film of all-time, leaving Morbius to land on an April Fools Day release…

Violence/Scary Images: PG-13 horror and scares. Characters are killed in brutal ways but no blood is depicted on screen. The film is about vampires and characters can transform into ugly horrifying bat creatures.
Language/Crude Humor: Limited language.
Sexual Content: None.
Drug/Alcohol Use: None.
Spiritual Content: Characters disregard Christian symbolism as useless to fight vampires.
Other Negative Themes: Themes of murder, violence, death, and unethical medical practices.
Positive Content: Themes of life and the discouragement of murder.

Morbius is the latest film to be inflicted upon audiences as part of the Sony Spider-Man Universe (SSU). If I sound cynical it’s merely because there’s no way I can reasonably offer a review of it that won’t set me apart from the majority of audiences for whom these films seem like a good idea.

Film critics have been extremely lukewarm to negative about the Venom movies. This is particularly because they’re middling lukewarm movies but it’s also because they represent much of what is wrong with Hollywood’s current habits and tropes: cheap nostalgia bait, Silicon Valley villains, great actors, and performances wasted on D-plots and stories.

Yet people like these movies. My coworkers and casual film-going friends have all defended these movies as pretty good and enjoyable, and they don’t understand why critics dislike them. All I can say is that Morbius is very much a film in the same vein as Venom. I can’t begin to tell you if the average person will like this film more or less than the previous entries, but I can tell you I personally found it tedious and cynical.

Morbius follows the story of Dr. Michael Morbius (Jared Leto), a world-renowned blood doctor looking for a miracle cure to a blood disease that has afflicted him and his friends his entire life. He’s succeeded thus far at creating a form of artificial blood for IV therapies, but his real goal is an experimental process by which he plans to inject the coagulants from vampire bats into human DNA to create a genetic chimera capable of curing the disease.

When he succeeds and tests the cure on himself, he finds himself transformed into a science vampire and craving human blood, following a massacre where he lost control of his body and killed a half dozen mercenaries. Now he’s on the run and his childhood friend, Milo (Matt Smith), wants the vampire cure and doesn’t care that it will transform him into a murderous vampire.

If Morbius is about anything, it’s some sort of contorted metaphor for bioethics and the cost of playing with science, but it is a very weak version of this plot. Unlike classic films in this genre—the Universal Monster Movies—there is no clear moral analog for the story’s ultimate meaning or purpose. It doesn’t really even articulate the classic “great power, great responsibly” moral the Spider-Man franchise as a whole has focused on.

The film is mostly a tedious bore, but it’s not bad because it doesn’t say anything necessarily. It’s bad because it’s a bad vampire movie, a bad superhero movie, and a bad action movie. There are moments where all these elements are explored but it does so in broad tropes and cliches, which would be fine if the movie actually understood what made the tropes of modern superhero films engaging in the first place.

Matt Smith kind of works as the film’s defacto villain, after a fashion, if only because he’s having fun chewing the scenery and making the most of his stupid role. He seems to understand what movie he’s in and doesn’t try to elevate the material; he just embraces the anarchic goofiness of the premise.

The trippy visualization sequences for Morbius’ powers are cool to look at—a melting collage of colors and solid objects representative of his bat powers allowing him to see the environment around him in greater detail—but they don’t really mean anything in terms of story or character development. It’s just pretty images to justify the existence of the film.

Lest we forget, this is also supposed to be a MCU Spider-Man spin-off movie. The trailers made a big deal of the fact that Michael Keaton’s Vulture from Spider-Man Homecoming was in the film. He ends up appearing in both of the film’s post-credits sequences, which again isn’t a spoiler but appears in the trailer. The weird thing is the scenes from the trailer with Vulture aren’t used. They appear to have shot new scenes with Vulture since the trailers dropped, likely to tie it more into Spiderman: No Way Home, similar to how they did with Venom.

This is ultimately emblematic of why I find the film so tedious. Unlike the Nick Fury “Avengers Initiative” moment in Iron Man, this kind of cameo is just a placeholder for a proposed sequel that assumes it is worth seeing what these two characters could do together. Unfortunately, the concept is dead on arrival. As a film critic from Nashville Scene who sat near me in the screening said, the film was totally inert. There is no vibrancy, fun, or meaning behind anything on the screen, just 104 minutes of boring characters and boring action scenes.

Morbius is a tedious slog (at least to me), but if you liked the Venom movies I could see you possibly enjoying this. That's not a slight coming from me. More power to you if you genuinely enjoy yourself with this movie. For me though, it's completely empty and pointless.