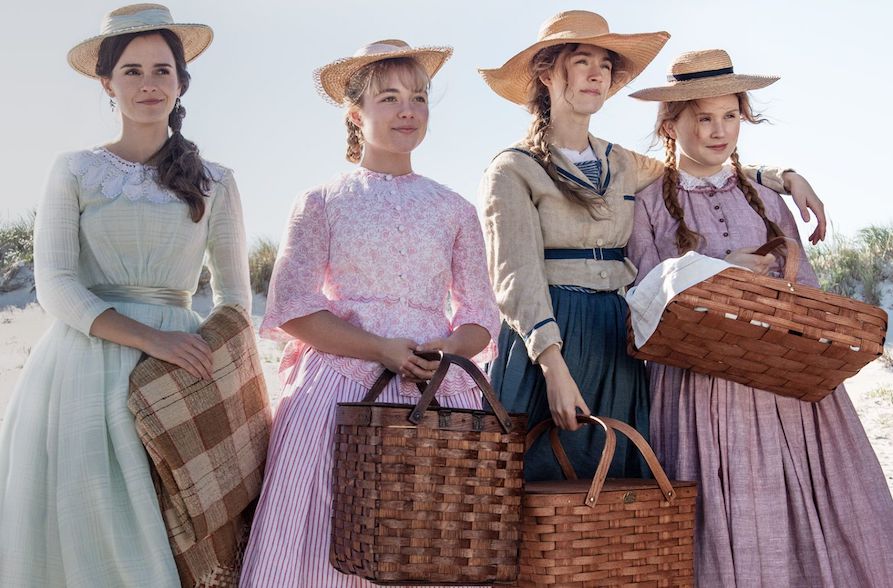 I must confess, I never used to be a fan of romance films or period dramas. I struggled to relate to the female characters on screen as they fretted about their potential relationships. I felt even more distanced as my friends gushed over the male leads, while I found myself naturally lamenting the tiresome scripts and clichéd plot trajectories.

Yeah… it doesn’t surprise my friends that I became a film critic.

Yet as my love for movies deepened, I instinctually knew that it would be remiss of me to ignore entire genres. After all, I genuinely wanted to experience first hand the same level of excitement and interest that others gleaned from these types of stories.

Little Women (1994) was one such film that I initially underestimated and ignored, only to finally sit down and enjoy it once I had put away my own sense of bias. It’s a lovely heartfelt tale that follows several female characters – each with their own unique personality – as they come to terms with the responsibilities that are associated with adulthood. The setting might be dated, but the story was still pleasantly relatable. So when Greta Gerwig’s version was announced, I found myself in the odd position of actually looking forward to its release in cinemas. Though will it capture the same level of magic and intrigue as the already-loved 1994 film?

Violence/Scary Images: Characters playfully wrestle each other – one repeatedly punches another in the arm in a teasing fashion, though it does hurt them. Talk of death from Scarlet Fever. A character receives the cane at school (only the injury is shown, not the act). A character falls through the ice and requires rescuing. The film is set during the American Civil War – there are discussions about the front lines, and talk of people coming home injured. Several items are burnt throughout the film.

Language/Crude Humor: No swearing due to being a period piece, but characters do insult each other in a classy fashion from time to time.

Drug/Alcohol References: Cigar smoke is seen floating through the background. Characters play with pipes. Alcohol (champagne and cider) is consumed during ballroom sequences – one character is intoxicated and called out for his uncouth behavior.

Sexual Content: A few kisses (some between unmarried couples).

Spiritual Content: Characters celebrate Christmas and press the importance of being generous during this time. A character mentions how it is bad for the sun to set on someone’s anger.

Other Negative Content: A character burns something of incredible value out of spite. Forgiveness is both demanded and withheld.

Positive Content: The film encourages women to pursue their dreams, whether that’s through a career, love or raising a family. It highlights the virtues of being charitable and generous to those less fortunate. It discourages people from getting married for the wrong reasons, and stresses the importance of such a decision.

There is always a risk when it comes to adapting a beloved novel, particularly one that has already been adapted well in the past. It simultaneously needs to respect the source material, but differ enough from the previous film version in order to justify its existence. Within the first minute of Gerwig’s movie, it becomes immediately apparent that she has chosen to accomplish this task through altering the sequence of events.

The story begins almost at its conclusion, choosing to tell the narrative in an almost backwards fashion, jumping between past and present events through the use of flashbacks. There are some benefits to telling the story this way as opposed to following it in chronological order. The sombre tone of the present is contrasted with the excitable energy of the past, highlighting the differences between girlhood and womanhood. It solidifies the film’s vision of a coming of age story, with the past moments represented as almost innocent, whimsical memories of better days.

The other benefit is that it throws more focus on the events surrounding the fate of one particular character. Their impact on the story is more pronounced in this rendition, as opposed to the 1994 where they were largely overshadowed by the other cast members.

Unfortunately the film’s most notable difference is also its greatest flaw. Regardless with how familiar one is with the source material, it is genuinely difficult at times to follow the plot and to put all the pieces together. Sometimes the movie helps the audience, where a character would have a different hairstyle to what they did in the past, or it’s set in a different season when it flashes back and forth. Yet most of the time the only clues to where everything fits together chronologically are found in the color grading, making for a confusing cinematic experience.

It’s jarring to watch; the film lures you in, you get invested, but then you’re tossed back out, suddenly trying to guess where you are. Rinse, repeat. There’s no set pattern either, as sometimes the movie provides a lengthy number of sequences in one time and place, while other times it’s just a brief shot before it flicks back again. It does however still manage to hit most of its emotional beats despite its unconventional approach to storytelling. Those moments creep up and deliver a surprising amount of force – the film may frustrate the brain, but there’s an underlying consistency with the narrative’s heartbeat, always working and building subconsciously in the background until it wants to be felt.

Choppy editing can sink a film, though it is eased by a playful and insightful script, presented by a top-notch cast. There is certainly more whimsy and wit contained within the dialogue compared to the 1994 film. It has an indiscernible modern flair that doesn’t make the mistake of transplanting contemporary issues and concepts into an incompatible period piece.

The character of Jo March is no longer a rarity in fiction. In fact, she’s now more commonplace as opposed to her sisters whom desire marriage and children. A lesser screenwriter would find it far too easy to over-empower Jo and her sense of independence, at the expense of every other female characters’ life choices. While it’s wonderful that characters like Jo exist to challenge the typical status quo, that doesn’t mean there is a right or wrong as to how one lives their life – marriage and motherhood are equally as important, and it’s disingenuous to believe that “strong women” shouldn’t want those things (or all of the above). Most do, and Greta Gerwig expertly presents the different sides to a woman’s life during the time of the Civil War, questioning but not passing judgement on one or the other. She also cheekily leaves a few things open ended, appealing to traditional fans of the romance genre, while also maintaining the integrity of one of the characters’ arcs.

Due to following a number of characters, Little Women may be too episodic in nature to really hit the spot for those seeking a grand-sweeping romance flick. Yet it surprisingly works well as a Christmas movie. There are many scenes set during the holiday season that beautifully capture the spirit of the celebration. It’s heart-swelling, tear-jerking, and plays on your kind conscience as well as any rendition of A Christmas Carol. This movie features some great Christian attitudes and morals, which will no doubt find its way every year onto anyone’s December watch list.

2019 has been a fantastic year for Florence Pugh, with Little Women being another wonderful addition to her impressive, ever-growing filmography. Saoirse Ronan is a powerhouse as always, working beautifully alongside the talented Timothée Chalamet. Emma Watson is a popular actress who is still developing her technique, though she is perfectly cast Meg – a role that plays to her strengths and hides the uneven level of skill when playing opposite her Oscar-nominated castmates.

Ultimately Little Women is a strong adaptation, and there is a lot that is done well. The script is engaging, the story is respectful, the production design is exquisite, and the acting is phenomenal, however due to how the narrative is edited, it is a harder watch. For this reason, I still find myself gravitating towards the 1994 movie, as it’s just that slightly bit more enjoyable thanks to the ease of its chronological sequence of events.

- It's confusing as to whereabouts each scene is placed in the story's chronology.

Greta Gerwig offers a timely, witty, and heartfelt adaptation of a much beloved American tale. By the telling the story through flashback sequences, this version refreshingly stands out from the others, however it does become downright confusing at times. A solid film with the editing as its only major flaw.