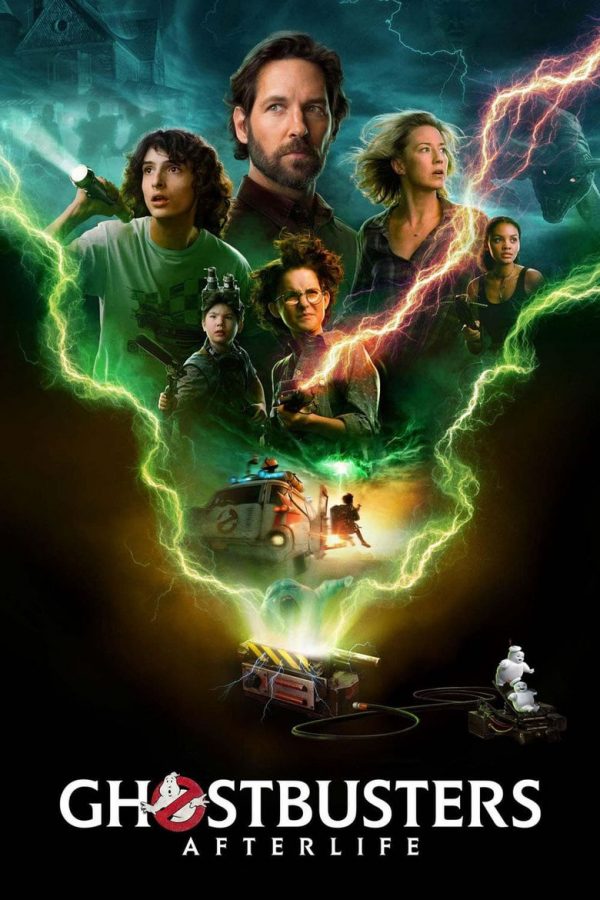 Ghostbusters 3 has been a film long in the making. The original cast and crew of the 1984 comedy came back together in 1989 with Ghostbusters 2 but fans of the original movie long wanted the cast to return one more time to close out the franchise on a fun note. Sadly, it never fully came about. Dan Akroyd scripted an ambitious third film but Bill Murray repeatedly turned it down on the grounds that he disliked acting in sequels. Then Harold Ramis died tragically in 2014 and it put the possibility of a full cast reunion to rest without him to come back to play Egon Spengler.

Now, to much surprise, a third (technically fourth) Ghostbusters film has escaped into theaters after numerous delays, reshoots, and over a year of COVID-19 related delays. It’s been relatively savaged by critics but overperformed in its opening weekend with a surprising $44+ million gross. Is the long-awaited sequel a love letter to fans or a tedious slog?

Violence/Scary Images: PG-13 gore and action violence. A character is violently killed but very little is depicted.
Language/Crude Humor: Frequent language including s***, d***, g** and h***.
Sexual Content: Several references to characters having sex; nothing is depicted.
Drug/Alcohol Use: None.
Spiritual Content: The film depicts ghosts, the afterlife, and the existence of Sumerian demigods.
Other Negative Themes: Depictions of family disfunction, anger and bitterness.
Positive Content: Themes of family, forgiveness, and healing.

I suspect the Ghostbusters franchise has been a fraught concept since its inception. The original Ghostbusters is essentially a perfect comedy movie; a work of spectacular talent, wittiness, joy, and energy brought together by director Ivan Reitman and a half dozen of the best comedians in the 1980s. Since then, studios have tried to resurrect it multiple times. The second Ghostbusters film dropped to a relative shrug. A third film with the original cast was scripted, canceled, green-lit, canceled again several times, and eventually adapted into a video game. Then Paul Feig rebooted it in 2016 with an all-female cast and became one of the most divisive studio blockbusters of the 2010s. Now we have Ghostbusters: Afterlife; the ne plus ultra of modern nostalgia throwbacks that wants to use the original 1984 movie for a Star Wars: The Force Awakens-style nostalgia relaunch that will finally give Sony Pictures a bankable franchise to work with now that James Bond is functionally dead and Spider-Man is their only other successful franchise.

And credit where it’s due, Sony tried VERY hard to make Ghostbusters: Afterlife bankable. The studio brought in Ivan Reitman’s son, Jason Reitman (best known for Juno and Thank You for Smoking), to write and direct the film. They brought back most of the original cast and filled the movie with as much fan service as possible to win back the hardcore fans. For good measure, they even found a clever way to integrate the tragic passing of Harold Ramis into the plot, giving the late actor a surprisingly touching posthumous tribute.

They tried so hard in fact that I’d wager the movie functionally drowns in its throwbacks. The camera focuses and glides on props from the original movie with childish glee. It’s a movie that’s overtly in love with all of the cool Ghostbusters toys like the Ecto-1 and the ghost traps. The movie feels very safe. Even the completely changed setting, premise, and new cast just end up being set dressing for a story that matches most of the beats of the original movie.

This time around, we’re introduced to a dysfunctional family dealing with financial issues. When they’re evicted, they travel out to Summerfield, Oklahoma, where they decide to stay in their estranged grandfather’s old farmhouse. As becomes immediately clear, their grandfather was a member of the original Ghostbusters and was apparently investigating something dangerous, as he feared he might’ve found something that could cause the apocalypse. Naturally, the events of the original movie are somewhat hazy as a weird event that happened in the 1980s but never really changed the world all that much. The kids must discover their grandfather’s legacy and embrace it to save the world.

There’s a lot of setup and allusions to weird ideas that don’t seem to go anywhere. There’s a long-winded mystery about a New York City businessman (played by JK Simmons of all people) who might’ve discovered mysterious Sumerian ruins in the desert. This subplot gets resolved in a 30-second scene that feels abrupt and pointless. It feels like Reitman wanted to do a slightly more outlandish plot but ended up having studio-mandated reshoots paved over his ideas to make the film more marketable. The movie’s very setup goes somewhat unexplained, given that it’s just taken for granted that ghosts stopped being a thing after the 1980s for some reason. The world just defaulted back to the way it was before it discovered that the supernatural existed.

Outside of that, the movie just feels like a bizarre Frankenstein of ideas. Reitman clearly wanted to do a more laid-back Stranger Things style horror flick but added tons of forced comedy that falls flat. There’s an attempt to do a Spielbergian family story with a sappy ending but it also falls somewhat flat. The original Ghostbusters cast show up for a cameo that feels completely out of place with the tone and style of Reitman’s new movie. The whole film just feels like it’s living in the ruins of a dead franchise. I won’t say Ghostbusters: Afterlife is bad because it’s not. It’s just a mid-tier blockbuster trying to keep its franchise on life support. It aspires to very little and feels empty and pointless for its effort. When your progenitor is a film as perfect as the original Ghostbusters, that doesn’t make for chemistry that works out well.

If you REALLY want a Ghostbusters film that serves as a lead in for a whole franchise of blockbuster Ghostbusters sequels, then I’m sure you’ll find it to be a comfortable and enjoyable experience if you’re willing to put up with all the nostalgia.

Ghostbusters: Afterlife seems to be appealing to a certain kind of nostalgic original Ghostbusters fan and manages to deliver a handful of sweet moments and callbacks to the original franchise. Standing on its own, it's a half-hearted comedy that makes a lot of safe, creative decisions which don't really gel tonally with the previous films in the franchise.