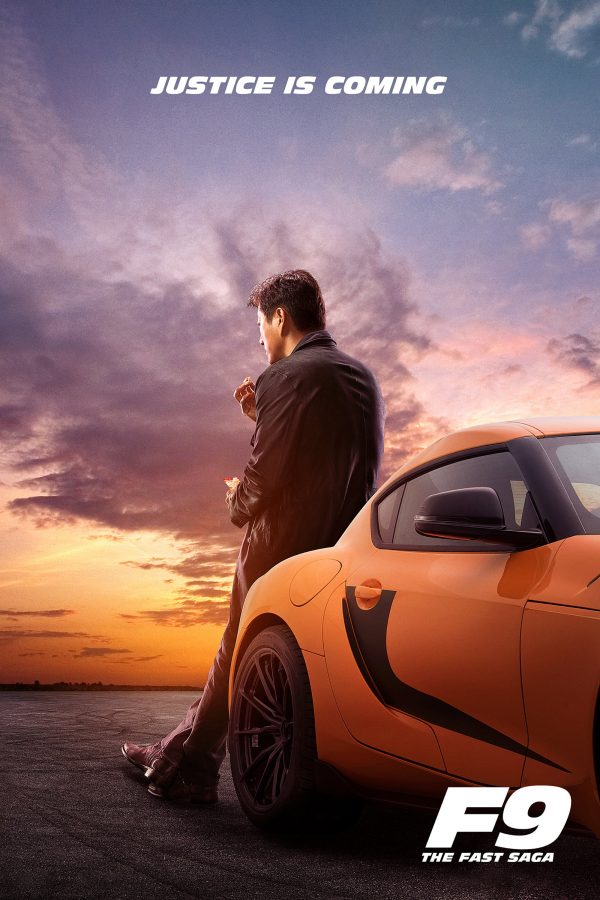 After a year of COVID delays and four years since the last mainline entry in the series, F9: The Fast Saga is finally in theaters!

The movie marks the return of series director Justin Lin for the first time since Fast and Furious 6 (2013) since he’s been away directing Star Trek: Beyond (2016) in the interim. Since then, the franchise has grown more popular with films like Furious 7 and Fate of the Furious under directors James Wan (Aquaman, The Conjuring) and F. Gary Gray (Straight Outta Compton) but it’s also started to earn some decidedly negative criticism from critics who previously enjoyed the fifth and sixth films. Now that two of the series’ fan-favorite characters are busy in the Hobbs & Shaw spin-offs, how does the franchise’s return to form hold up?

I’ve had the feeling for a few years now that the Fast and Furious series had reached its creative crescendo with Fast Five, Fast and Furious 6, and Furious 7. With those films, the series seemed to hit something of a high point where the storytelling needs and creative action best meshed. They all had a very effective emotional logic to their stories wherein the character’s desire to attain specific goals grounded all of the drama and the course of events within the story. Lest we forget, Fast Five and Furious 6 are widely considered two of the most concisely plotted and smartly executed films in their franchise (despite the fact they’re very dumb and silly films).

As FilmCritHulk writes, “THE FAST MOVIES… ARE LIVING IN CLICHE-LAND, BUT THEY’VE MASTERED THE ART OF QUICK CHARACTERIZATION… THEY DRAMATIZE ALL THE STAKES AND SPELL OUT EXACTLY WHAT’S HAPPENING WITHOUT A HINT OF OBFUSCATION… THEY ARE MOVIES THEY KNOW HOW TO EXECUTE ALL THE BASICS FLAWLESSLY AND HULK WOULD ARGUE THAT’S THE REASON THEY’VE BECOME RIDICULOUSLY POPULAR AND BELOVED. IT’S BECAUSE THEY ARE COHERENT, CLEAR, CLASSICALLY TOLD STORIES.”

This emotional logic and streamlined, focused storytelling have definitely fallen off with the other films since 2015. Even Furious 7 was beginning to show the first signs of narrative exhaustion with its strenuous, truncated, and cobbled together post-humous performance of Paul Walker. Obviously, that had to happen because the actor died during filming but the final product suffered not being able to give the series’ lead a concise story to go out on. The Fate of the Furious and Hobbs & Shaw both subsequently felt deeply bloated, compromised, and more tedious than previous entries as they struggled to work out what the actual STORY they were telling ought to be.

F9 definitely feels that bloat as much as ever. The critics definitely seem to think so as the film has a 61% on Rotten Tomatoes as of the time of writing. The consensus seems to be that it’s loud, dumb and starting to show signs of serious aging and sputtering. A few critics have accused the film of jumping the shark and officially taking the franchise to places too absurd and cartoonish to be believable. I don’t share the latter belief for a second. This franchise has ALWAYS comprised of the antics of a group of superpowered LA street racers who somehow become international terrorist hunters. The series has already given us absurdity like tank duels, gravity-defying stunts, bulletproof protagonists and magical CSI powers, so BELIEVABILITY isn’t in the cards anymore.

What’s lacking is the emotional investment and the constant sense of consequences and antagonism that keeps the drama rooted and effective. For as much effort as F9 makes to return the story and characters to some semblance of where they were at the height of the series, the movie just doesn’t seem to know what kind of story it’s telling. At its face, F9 is a film about family redemption and forgiveness. Continuing in the previous film’s exploration of Dominic Torreto’s dark past, we learn about his history with his estranged brother, Jakob Torreto (John Cena), whom we discover killed Dom’s father and fled LA. Now after decades, he’s teamed up with an eccentric billionaire to steal a doomsday weapon to take over the world.

Conceptually, there’s a lot to work with in this kind of story. And it’s clear that the film itself is trying very hard to make this a redemption story about two brothers coming to forgive one another and slowly become a family again. Unfortunately, the film doesn’t really root their story in any emotional stakes. Jakob mostly avoids Dom the entire plot and the two of them only interact when Dom and the gang show up to stop terrorist hijinks from ensuing. The film TELLS us over and over that Jakob feels inferior to Dom but there’s never a scene of him attempting to seek revenge on his brother or directly face him. This film really should’ve started the way Furious 7 did with the antagonist attempting to blow up the hero’s house so the audience feels some tension and emotional investment.

None of this is to say the movie is terrible. Justin Lin is a talented action director and he knows what makes the Fast and Furious films appealing. The problem is just that F9 is emotionally convoluted. Part of this might have to do with the fact that the series’ former screenwriter Chris Morgan was replaced this time around with newcomer Daniel Casey who doesn’t have experience with the franchise. That would explain why half the characters feel unmotivated and the series’ massive scope and gusto feel a bit lacking. Really though, it just seems like nobody on board the project understood what it is the film ought to be going for. As a result, everything feels plastic and underdeveloped.

That leads me to the film’s arguably most welcomed but underutilized plot point: the resurrection of Han.

Han is one of the series’ favorite characters and famously dies in a car wreck at the midpoint of Fast and Furious: Tokyo Drift. He then reappears in Furious 4, Fast Five and Furious 6 (set before his death) and is then revealed to have been murdered by Deckard Shaw in Furious 7. Fans disliked the handling of his death and the way the subsequent sequels ignored it to give Deckard Shaw a larger character presence and launched the “Justice for Han” movement on Twitter. F9 made a huge deal in its marketing campaign about the fact that Han was back, even titling the subtle “Justice is Coming” as an homage to the Twitter campaign.

When you see the film though, it’s hard to argue what resurrecting the character does to improve the overall film. As much as I’m happy to have him back, his death added a lot of retroactive meaning to his character arc in the later sequels by knowing that he was doomed. The way he’s resurrected feels cheap and devalues an important death scene in the previous films. More to the point, his purpose in this movie is only to help set up story elements in the final action beat. He has no character arc or huge contribution to the plot.

Is it fun watching him reunite and interact with Lucas Black’s character from Tokyo Drift? Absolutely! But that doesn’t mean bringing him back for fan service reasons adds meaningfully to the overall narrative of this series unless his resurrection is going to radically change the story in Furious 10 and Furious 11.

Regardless, I’m not sure what the future of this franchise even looks like. F9 isn’t a terrible failure. Action fans are going to love it and people JUST NOW returning to the theaters post-COVID will enjoy a huge action film for the first time in a while. This franchise has experienced unmitigated failure before (Fast and Furious 4…) as well as long periods of tedium and failure so I’m not inclined to say that we’re never going to see a good entry in the franchise again. The movie you do get is even a lot of fun to watch! There are tons of great scenes and some wonderful moments of levity and absurdity. My favorite part was getting to see Michael Rooker show up for a few cameo scenes as Dom’s former pit crew member from the 1980s!

Sadly though, it’s a film that feels obfuscated and undramatic. We don’t learn much about the villains, we don’t fear the new antagonist, we don’t feel afraid that our favorite characters could die and so much of the story feels like going through the motions. If F9 is any indication, the current creators are starting to run out of gas (pun). Fast and Furious may be approaching its expiration date sooner than later.

F9 definitely shows the wear and tear that's beginning to overtake the Fast and Furious franchise. Justin Lin's return as director injected the film with a needed shot of adrenaline and nostalgia but some of the essential heart that made Fast Five and Furious 6 great is missing.