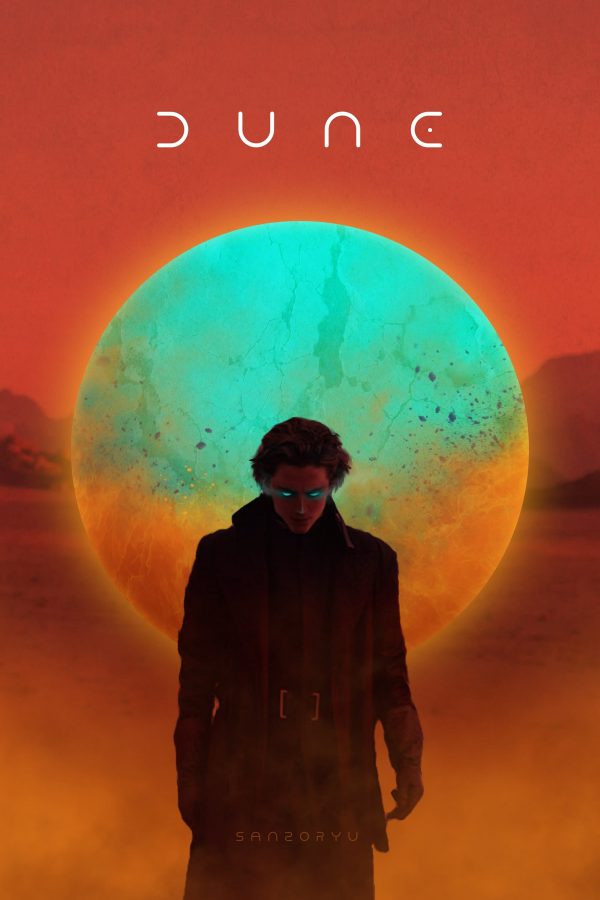 When Frank Herbert released his novel Dune in 1959, he didn’t expect it to take off the way it did. It had failed to attract any interest in the literary world and thus was forced to publish it with Chilton Company, a small Boston-based auto-manual manufacturer. Since then, Dune has sold 20 million copies and become well regarded as one of the most popular science fiction novels of all time. Herbert’s masterpiece remains well-read to this day and regarded as one of the most influential science fiction novels.

A second attempt at Dune was released in 1984 with director David Lynch at the helm. The film was not well regarded and disowned by its own director after being chopped to pieces in the editing bay. It’s remembered as an incoherent, if ambitious, flop of a movie. It’s mostly remembered now as the first major project for actors Kyle MacLachlan (Twin Peaks) and Patrick Stewart (Star Trek: The Next Generation).

The third attempt started with the 2001 Sci-Fi Channel mini-series, Dune, which was followed in 2003 with a sequel series, Children of Dune. Both series are well regarded by Dune fans for their accurate depiction of the complex stories of the books but generally forgotten by casual audiences who couldn’t get past the series’ low production design, hilarious CGI, cheap costumes, goofy glowing eye special effects, and second rate acting.

Now in 2021, we’ve finally reached the fourth attempt at a Dune adaptation. Denis Villeneuve, late of Blade Runner 2049, Arrival, Sicario, Enemy, and Prisoners, decided to put his neck on the line with the potentially career-ending prospect of finding a way to adapt Frank Herbert’s masterpiece to the big screen. What is his solution to finding a way to adapt the book? He cut Dune in half and released the first half to theaters, originally titled as Dune: Part One. After half a decade of development, we now get to see if the most unadaptable book of the 20th century can finally be delivered, much in the same way with what Peter Jackson accomplished with The Lord of the Rings.

Violence/Scary Images: PG-13 rated action and violence; characters are repeatedly stabbed and there are shots of characters with bloody hands
Language/Crude Humor: Some language including h***, a**, and s***.
Sexual Content: A scene of partial male nudity, nothing sexual.
Drug/Alcohol Use: Characters use a chemical called “Spice” to have psychedelic experiences and visions.
Spiritual Content: Characters are members of an Islam-like religion. Other characters worship alien monsters as gods and impatiently wait for a messiah figure.
Other Negative Themes: Themes of manipulation, violence, murder, vengeance, and corruption.
Positive Content: Themes of justice, nature, and cooperation.

Dune is famously one of the most unadaptable books in the history of contemporary literature. It’s up there with novels like David Copperfield, Ulysses, Atlas Shrugged, and Lord of the Rings in the pantheon of texts that are too enormous and ambitious to effectively adapt into a two-hour film. As the list above will indicate, there’s a long history of filmmakers trying and failing to find solutions for how to bring the book to the big screen as a wide-release blockbuster capable of drawing in the millions of people who made the novel one of the most successful genre-works in the 20th century.

It’s much to my joy to say that director Denis Villeneuve has pulled off a minor miracle with the first part of his adaptation of Dune. Against all odds, he’s managed to find a way to boil down the infinitely complex world of Dune into something that’s tangable, easy to follow, accessible, enthralling, and visually spectacular to watch. He’s reimagined the world of Arrakis with the same brutalist, clean, and emotionally detached bravado that let him accomplish Blade Runner 2049. In doing so, he may have achieved a minor miracle of adapting the unadaptable.

I say all of that praise with an enormous caveat: his work isn’t complete. This film ends around the halfway point of Herbert’s novel on a particularly impactless moment that leaves the final product decidedly uneven, uncathartic, and unresolved. It’s clear everything we see in this film is meant to pay off in the second part but at the moment we’re two to three years away from seeing that movie, assuming this film’s box office return warrants such a sequel. There is a sizeable chance that Villeneuve gambled his largest career ambition on a sequel that will never come, thus leaving us with half of a great film.

I would consider that to be the biggest slight against this movie. Instead of fully realizing the story of the book into two digestible parts, he took a machete to it and left us with the possibility of irresolution. The resulting film feels decidedly anti-climactic. Most of the biggest events of the story happen at the mid-way point leaving the story to taper off. While we get most of the best scenes from the book intact, we lose much of the deeper context, motivation, and catharsis inherent in Paul’s transformation. In the first part, many of his most important moments are merely alluded to in the story.

That issue aside though, I can’t recommend Dune enough! Villeneuve said in an interview in 2017 that his goal was to make “Star Wars for adults” and he manages to do that spectacularly (not that I dislike Star Wars of course)!

Anyone familiar with the book will be able to tell you the basic setup of Herbert’s story. The House Atreides arrives on the desolate wasteland world of Arrakis, aka Dune, to inherit the business of mining the planet for the chemical Spice which is the most valuable resource for the entire human empire. It quickly becomes clear there is a traitor amidst the family that helps the rival House Harkonnen undermine the planet’s new inheritors, setting their son Paul on a path of revenge and exile. Paul, having inherited his mother’s talent for psychological manipulation and witchcraft, begins to discover a nascent power to perceive the future in his dreams which only becomes more powerful the more he’s exposed to the spice. Using these powers, he starts to perceive his destiny and begins laying the groundwork for becoming a prophecized superman.

In some ways, Villeneuve’s adaptation is decidedly not cerebral. Many of the complex conflicts and relationships of the book are spelled out quite clearly to keep the dramatic and emotional stakes of the film easy to grasp. The Harkonnens feel more overtly evil and over-the-top here than in any previous adaptation. The Atreides family feels more honorable, loyal, and emotionally sensitive too. The entire setup of Herbert’s book feels heightened and obvious. Many of the novels’ famously obtuse nouns and naming conventions are even altered to make them less intimidating or frequently used.

Surprisingly though, this streamlining of the ideas and premise of the book works. Villeneuve is painting in broad strokes and instilling an operatic melodrama and epic scale to the proceedings. Everything feels huge. The sets are immaculate, the set pieces are huge and the scale of many of its artistic creations feel revolutionary. When the novel’s famous sandworms make their appearance, they’re portrayed with a scale and power that looks and feels unbelievable. Their very presence shakes the sand for miles and causes the ocean of spice to flow like water. It’s visually gorgeous to watch.

Truthfully, half of getting this project right is just ensuring the setting is properly established. Dune is a great book but its most famous story elements are its setting and worldbuilding. Most readers don’t immediately get attached to Paul Atreides or the multifarious political machinations of the Emperor and his cruel minions. Most people don’t mull over the complexity of its themes or muse on the nature of how it explores issues like environmentalism, class structure, power politics, and societal decline. Most people love Dune for the sandworms, the complexity of its world, and the dense prose that describes this complex alien world in lush detail.

For whatever his version of Dune misses in its details, it makes up for in its enthralling visual storytelling. Dune isn’t going to win any awards for its script and story structure. Without its ending, none of the themes established mean anything and we are left with a rudderless story with no point. If its incredible visual storytelling and fantastic performances do accomplish anything though, one would hope it’s that it convinces enough people to support it so that we can get the sequels this film deserves. If we do get Dune: Part Two, and possibly even a Dune: Part Three (Villeneuve has talked about adapting one or two of the sequel novels), we may live to see one of the most ambitious works of blockbuster filmmaking completed. If not, it’ll be another in a long line of films that almost adapted Dune perfectly.

+ Some of the best special effects in modern filmmaking.
+ Great performances from a stellar star-studded cast.
+ Alluding to greater themes that may be paid off in Part Two.

- Uneven story structure.
- Plot ends at a point that leaves most of the themes unresolved.
- Anti-climatic cliffhanger ending.

2021's Dune is one of the most ambitious projects to come out of modern Hollywood! While it's messy, it makes up for it by being visually perfect and promising to resolve its monstrous story in a future Part Two. Anyone interested in science fiction or Frank Herbert's Dune ought to give it a chance!