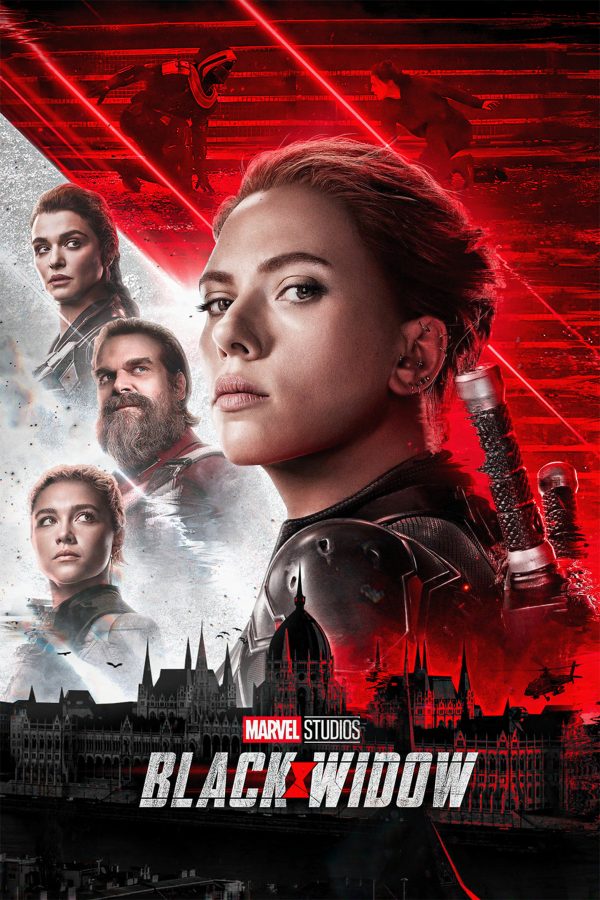 The Marvel Cinematic Universe is back on the big screen!

It’s been two years since Avengers: Endgame, Captain Marvel and Spider-Man: Far From Home landed in theaters in 2019. Now thanks to COVID-19 delays, this fall is absolutely crammed with new MCU movies like Shang-Chi, The Eternals and Spider-Man: No Way Home (with an additional four dropping in 2022) while Disney+ is busy cranking out shows like WandaVision, Falcon and the Winter Soldier and Loki (with seven more shows coming out in the next 18 months)!

All of this starts with the long-overdue release of the solo Black Widow movie that’s been quietly in and out of development for the entire duration of the MCU’s existence despite massive audience demand, studio politics, and an international plague standing between it and its release date.

Violence/Scary Images: PG-13 action violence; stabbing, shooting guns and brawling with blood depicted. Human experimentation is a major part of the plot, where bodies and brain patterns are altered so characters perform tasks against their own will. There is one scene depicting animal cruelty where it is commanded to perform an action that temporarily renders itself harm before being saved.
Language/Crude Humor: Some moderate language throughout the film and infrequent coarse dialogue.
Drug/Alcohol References: Frequent casual drinking during eating scenes. Characters are frequently drugged into unconsciousness with syringes.
Sexual Content: Some crude discussions of female anatomy (the process of forced sterilisation is described) and implications of sexual desire.
Spiritual Content: Nothing discussed. A character’s grave is lined with prayer candles.
Other Negative Content: The film touches upon the issue of child trafficking. Most characters in the film have a criminal history involving espionage and assassinations.
Positive Content: Themes of family, forgiveness and love.

I remember seeing The Avengers back in 2012 with my high school youth group friends where all the girls in the group at the time were completely smitten by the character of Black Widow. They all kept saying how much they wanted to see a movie with her, with some of them even dressing like her for Halloween that year, eagerly awaiting some big announcement of a spin-off film.

It’s weird that it took nine years for that to come to fruition. Most of that seems to have been caused by studio politics: Disney didn’t want to give Scarlett Johansson a massive raise when it already had colossal stars like Robert Downey Jr. playing hard to get and demanding huge paychecks for signing onto sequels. When the film finally did go into preproduction, it went through a phase of intense casting drama and rumors, as well as minor scandals involving a female director claiming the producers were being dismissive and sexist. Regardless, we finally have Johansson’s first (and only) solo film following her character’s death in Avengers: Endgame.

Black Widow is the first big Marvel movie to drop in the immediate aftermath of the COVID-19 pandemic and it’s clear that it’s supposed to be something of a return to form for the franchise. In that, it’s mostly what you’d expect. It’s a pretty decent action flick with fun characters, action scenes and dialogue.

It’s a pretty low-calorie experience overall. Nothing much of consequence happens within the story, most of the events are superfluous to the overarching story of the MCU, and most of the characters ultimately prove to be under-motivated and lacking something to do but you don’t really notice that until the movie is over.

The fact is, Marvel is REALLY good at storytelling at this point and they are good at placating the audience. Even in totally inconsequential films like Iron Man 2, Thor: The Dark World and Ant-Man and the Wasp, it’s hard to actually be MAD at the movie. Nothing they’ll do will ever be as bad as X-Men Origins: Wolverine or Green Lantern. And that’s very much the case here. Black Widow is fun, visually engaging and has enough neat ideas to fill a short action movie and that’s probably all it needed to be for most viewers.

Set between the events of Captain America: Civil War and Avengers: Infinity War, Natasha Romanoff finds herself alone and hiding out in the middle of Norway at a safe house. When an unknown assassin shows up at her doorstep, she’s drawn back into the world of her origin story as a fellow Black Widow agent joins her to help take down the Russian oligarch who kidnapped and brainwashed them into becoming Soviet Agents. In order to do this, she teams up with her estranged sister, Yelena Belova (Florence Pugh), and the forgotten Soviet supersoldier, Red Guardian (David Harbour), who can help her find who she’s tracking down.

Fans of the Black Widow character are probably going to love seeing how this manifests. We’ve gotten small references to Romanoff’s past in the Avengers films, with vague references to “Budapest” and “Dreykov’s Daughter” along with seeing glimpses of her brainwashing and sterilization at the “Red Room”, and this film tries to string all these references together into a larger story about Romanoff finally coming to terms with her past and trying to heal from her mistakes. What the movie ultimately reveals is surprisingly dark and somber. When she said, “I have blood in my ledger” in The Avengers, she meant it. She was a trained killer and the process of changing sides from Russia to SHIELD involved having to make some serious moral compromises with high collateral damage.

While the actual events and dramatic threat behind the story are somewhat minimal, the majority of the film is just Romanoff and Belova bonding together and working through family problems that have plagued them since their childhood. The nominal plot mostly falls by the wayside to focus on their character development and bickering, as well as the adjoining action scenes that connect them to new characters like Red Guardian who himself has his own arc to work through as a failed surrogate father figure.

This is why I say the film doesn’t feel empty when you watch it. The movie is filled with placative melodrama and character interactions that make the experience enjoyable even though they aren’t building towards any sort of revelation or ultimate catharsis. We already know Natasha Romanoff’s fate and nothing that happens here will change it. This just serves as some connective tissue to answer questions regarding her backstory while laying the groundwork for future stories involving the new cast members. That it doesn’t just feel like the naked franchise management and corporate filmmaking is just another sign that the Marvel Cinematic Universe is probably never going to go away.

Black Widow likely airs on the weaker side of the MCU alongside films like Iron Man 2 and Thor: The Dark World but it's hard it be mad at it. It's fun, energetic and gives us one last great performance by Scarlett Johansson before her character is officially retired while finally delivering on the backstory fans have asked for since her appearance in The Avengers.