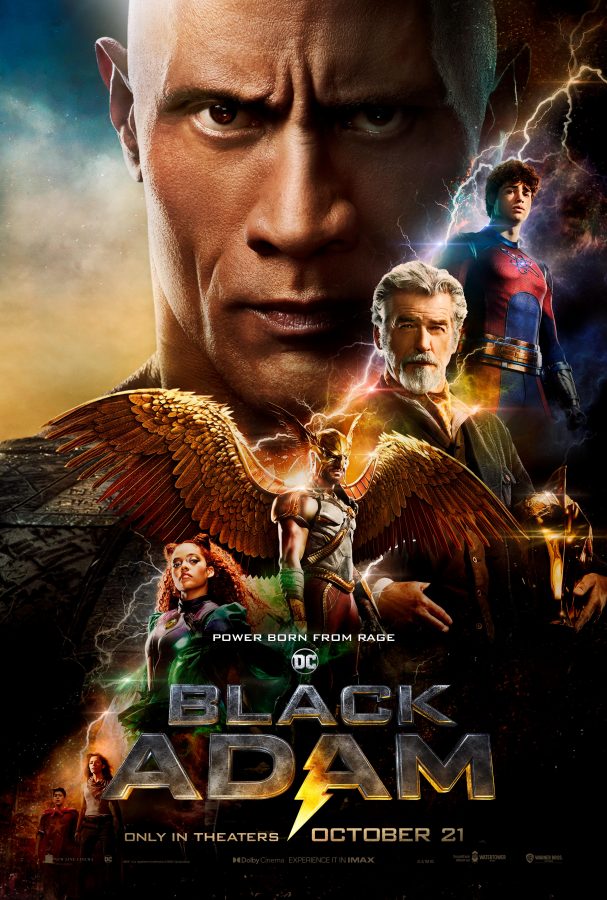 The DC Extended Universe has released eleven movies since Man of Steel premiered in 2013. Since then, it has faced some of the most aggressive ups and downs of any major studio franchise. It has also developed one of the most aggressive fandoms of any major studio IP, with fans petitioning the studio four years to get Warner Brothers to release the “Snyder-Cut” of Justice League.

I have no real investment in the drama. I like some unpopular DC movies and I don’t like some popular ones. I wrote critical reviews of The Batman and Snyder-Cut while also praising Joker, Wonder Woman, and Shazam! I think Suicide Squad is one of the worst films of the 2010s. I also love Zack Snyder as an artist, and vehemently defend 300 and Watchmen. I am neither a fan nor a hater.

That said, the DCEU movies almost always make for interesting cultural discussion and I am interested in how fans are embracing the newest DCEU film in theaters now.

Violence/Scary Images: Some gruesome violence, with characters being vaporized into skeletons, torn apart, blown up, or otherwise brutally killed although with no blood and limited gore.
Language/Crude Humor: Some intense language including s***.
Drug/Alcohol References: None.
Sexual Content: None.
Spiritual Content: The film is set in the Middle East and posits its main character is a near-eastern demigod given power by wizards, who fights a coven of evil demons in the underworld.
Other Negative Content: The main character is a senseless anti-hero that kills people brutally.
Positive Content: Themes of stewardship, growth, and learning to find your place in the world.

The strange thing about Dwayne “The Rock” Johnson as an actor is that he’s simultaneously one of the last true movie stars, in an old-Hollywood sense, and yet he very rarely produces films that hold up to the test of time. Movies like Jumanji: Welcome to the Jungle, Skyscraper, Central Intelligence, San Andreas, Hercules, Rampage, Baywatch, Red Notice, or Hobbs and Shaw are all flashes-in-the-pan. The only movies of his that really hold up are Fast Five and Pain and Gain, in which he gives serious(ish) performances and actually submits his character to the story.

Yet his talent as a performer is so great that people love him and always turn out to see his movies en mass just because his charismatic grin and endearing demeanor always elevate the material he’s in.

I think the same could be said for the DC movies in general—which have become a hated phenomenon for most critics and yet are deeply embraced by a small but vociferous group of fans. Their newest film has certainly fallen into that tendency. Like many recent blockbusters—Rambo: Last Blood, Sonic the Hedgehog, Venom, Joker, Snyder-Cut, etc.—Black Adam has been embraced as a populist film that the fans have embraced partially in opposition to a film critic class that hates certain kinds of blockbusters for not being REAL ART.

That’s not true of course; most critics generally like good superhero movies like Guardians of the Galaxy or Captain America. The Batman got glowing reviews. The Rotten Tomatoes response of 40% for critics and 90% for audiences has certainly galvanized movie fans who quite enjoyed the film to call out critics for being useless and out of touch.

And to be fair, there is plenty to enjoy in Black Adam. DC films are always visually sumptuous, massive films filled with spectacle and expensive special effects. It’s filled with tons of great actors, tons of cool action, moments of comedy, topical social commentary, and cameos from deep-lore DC comic characters like Dr. Fate and Hawkman.

What makes the film frustrating from a critical angle is that it is tedious and uneven. Critics generally have a dictum that says that middling or mediocre stories are more frustrating to review than good or bad ones. In addition, bad films are more entertaining. Middle-of-the-road films require a lot of extensive thought and dissection to understand or explain, and usually, that energy just isn’t worth it in the way that tearing apart a film like The Room is.

Black Adam is middling in the mundane way most middling films are. Its lead character has little to no character motivation. The plot breezes at such a brisk pace that almost nothing is given an adequate explanation or meaning, namely the out-of-nowhere appearance of the Justice Society of America. Black Adam is so powerful that the story has no drama or tension when he is on screen so most of his action scenes turn into one-sided massacres. The bad guys are lame and have no real presence in the story. The plot loses all of its momentum two-thirds of the way in and then coasts to the end after a couple of plot twists and character moments.

The movie’s problems are all massive structural issues that break it—but the movie is still fairly slick and charismatic to the point where it has its fans. I get why most people would like it too. I saw the film with my family and I’m sure most of the audience was there to enjoy a Friday night at the cinema.

That said, the movie it most reminded me of was Aquaman. That film also had the same structural storytelling issues and the same charismatic energy. Four years later though, nobody cares about Aquaman. It isn’t a movie people go back and watch very often or talk about as more than a novelty.

Black Adam sadly fits in with the cavalcade of Dwayne Johnson movies that came before it. It’s fun to watch at times and it doesn’t hurt. It’s rarely boring (at least till the end). But there’s none of the core structure or character exploration that makes a film like this stick in the way a film like The Dark Knight stays and becomes a cultural touchstone. It doesn’t even have the character strengths that make Wonder Woman, Shazam, The Suicide Squad, or even Peacemaker memorable.

Maybe that’s fine. Maybe it doesn’t need to be anything more than a novelty. But it could’ve been so much more, especially when eight years and $200 million went into making it.

Black Adam is neither a total trainwreck nor a particularly venerable effort from a studio that has run the gambit of quality from Suicide Squad to Wonder Woman. It has moments of comedy and other strengths but drags on and accomplishes very little beyond setting up a bigger sequel.