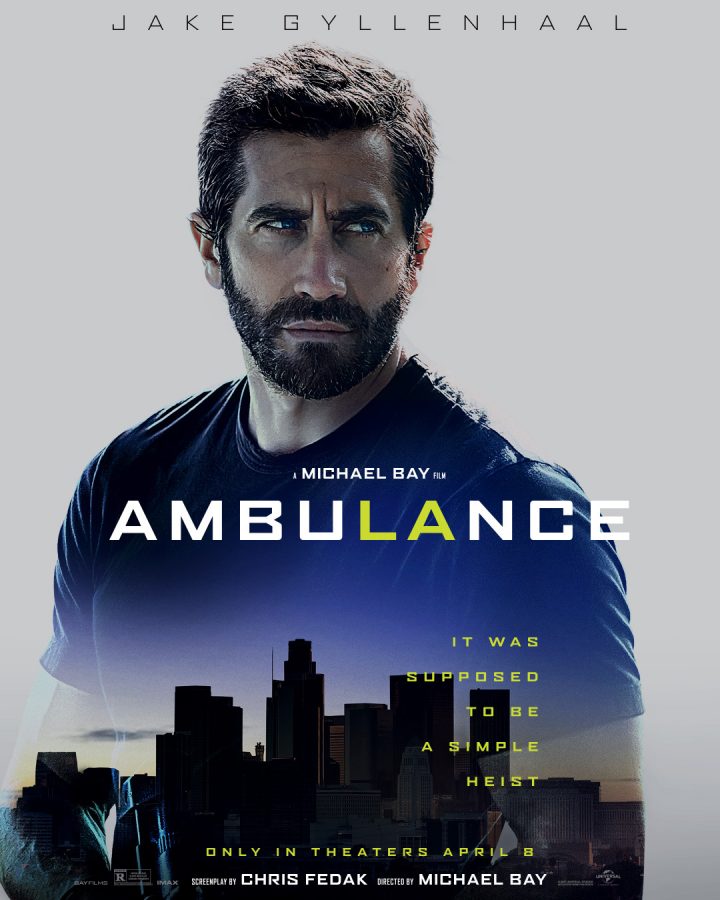 The recent career of Michael Bay has been fascinating. His last theatrical release was Transformers: The Last Knight in 2017, but he has been very busy since then. The Ryan Reynold action film 6 Underground was the most expensive film ever produced by Netflix. Recent efforts to deconstruct and reconsider the filmography of Michael Bay have in some regards revitalized Bay’s reputation among segments of online film fans, who now regard him as an auteur who deserves greater respect.

Now Bay is back with his first theatrical feature in five years; a relatively low-budget car-chase/heist thriller shot on location in Los Angeles with a solid script and creative uses of special effects and drone-camera work. In a strange turn of fate though, this Bay film has been widely embraced by critics and ignored by audiences.

Violence/Scary Images: It is an R-rated action movie with a lot of blood, violence, and gore. There are frequent shootouts, characters bleed regularly, and in one particularly gruesome scene, two characters have to perform surgery on a dying man in a moving vehicle, which involved seeing a man’s organ explode and his stomach cut open.
Language/Crude Humor: Severe language throughout including f***, s***, and racial slurs.
Sexual Content: None.
Drug/Alcohol Use: None.
Spiritual Content: None.
Other Negative Themes: Depictions of crime, theft, murder, and disregard for life and property.
Positive Content: Themes of preserving life, brotherhood, family, and justice prevailing.

The works of Michael Bay have undergone a curious reexamination in recent years. Thanks in part to online critics like Patrick H. Willems and Lindsey Ellis, there has been an effort to recontextualize and understand the filmography of the world’s most infamous director and to find ways to appreciate his unique approach to filmmaking.

It has helped that the director has largely stepped away from the Transformers films. The franchise has mostly moved on from Bay, with entries like Bumblebee (2018) and Transformers: Rise of the Beasts (2023), taking the franchise in less Bay-ish directions. Critical distance from those five movies, which made Michael Bay the most infamous name in modern filmmaking, has certainly helped, but so has people’s willingness to go back and reexamine his better films like Bad Boys II, Pain and Gain, 13 Hours, and 6 Underground. People are more willing now to go back and understand what makes Bay unique as a filmmaker and to give his newer films more of a chance.

A case in point is Bay’s newest film Ambulance; a shockingly low-budget $40 million dollar thriller shot in and around Los Angeles, mostly using practical visual effects to recreate the style of action movies that wouldn’t feel out of place in the early 2000s. It feels like a brother to Tony Scott-style action movies of the time such as Man on Fire or Unstoppable—a simple premise shot for maximum impact and drama.

The story is very basic. Two bank robbers find themselves trapped in the back of an emergency vehicle with two hostages when their planned robbery falls apart and all of their fellow criminals are killed. They are left with a wounded police officer in their hands while they struggle desperately to find some way to lose the hundreds of tailing police officers that are chasing them up and down the highways of Los Angeles. With limited time and the police litigiously tracking their true identities down, the two criminals are left with only one option, to keep the chase running for as long as possible.

For a film this basic and stripped down to essentials, Ambulance absolutely shines as a work of efficient storytelling and action. It suffers from many of the issues of Bay’s other films—weak geography and a relentlessness that makes the film somewhat exhausting (see Every Frame a Painting’s video on “Bayhem”)—but also benefits from the full utilization of Bay’s voice as a director. It’s a gorgeous film from beginning to end, that takes full advantage of Bay’s eye for visual storytelling, slow-motion action, and garish color coding. You aren’t going to see an action movie this gorgeous this year for just $40 million.

Bay’s filmmaking works by creating a sensation. He creates luscious images that maximize the energy of whatever is happening on screen to make it the most cinematic and energetic it can be. Ambulance is a particularly effective showcase of this style because it is grounded and simple. The main characters are surprisingly well defined with strong character motivations and flaws, and the movie utilizes their story to emphasize drama and scope. The bombastic nature of Bay’s aesthetic amplifies the story and makes it feel larger than life, which turns this private story of two criminals into a massive tale spanning the entirety of Los Angeles and its inhabitants who are affected by it.

Sadly, the film hasn’t caught on with mainstream audiences. The last year hasn’t been kind to non-brand named movies and even the name “Michael Bay” on the poster isn’t enough to shake the general audience’s relative disinterest in films other than Sonic the Hedgehog 2 and Spider-Man: No Way Home. Ambulance has earned only $41 million since it premiered two weeks ago. A film generally needs to make three times its budget back to be successful, to cover production costs, advertising, and investors. Ambulance is one of the largest financial bombs in the filmography of a director whose films have regularly appeared on the list of the highest-grossing films of all time.

In an age of massive sequels, nostalgia, and franchises, Ambulance stands apart by embracing a very modern version of “old school” filmmaking. Nothing the film does is particularly new. This is the kind of blockbuster that wouldn’t have been uncommon just a decade ago. In our modern media landscape though—where the theater is reigned entirely by superhero films and where streaming absorbs all of the radical filmmaking ideas—Ambulance feels fresh and unique. It’s a relatively small movie that feels larger than it is because of circumstances well outside of the director’s intentional decisions.

It is a shame the film industry doesn’t have room for a film this moderately old-fashioned. There is no room in the post-COVID world for a movie as original as Tenet, West Side Story, or Ambulance—films that would’ve been career-defining blockbusters in a previous decade.

Ambulance is one of Michael Bay's strongest films; a lean action thriller that calls back to his early career work on movies like Bad Boys and The Rock. It is one of the best action films in theaters right now and a movie well worth seeking out for its thrills and chases!