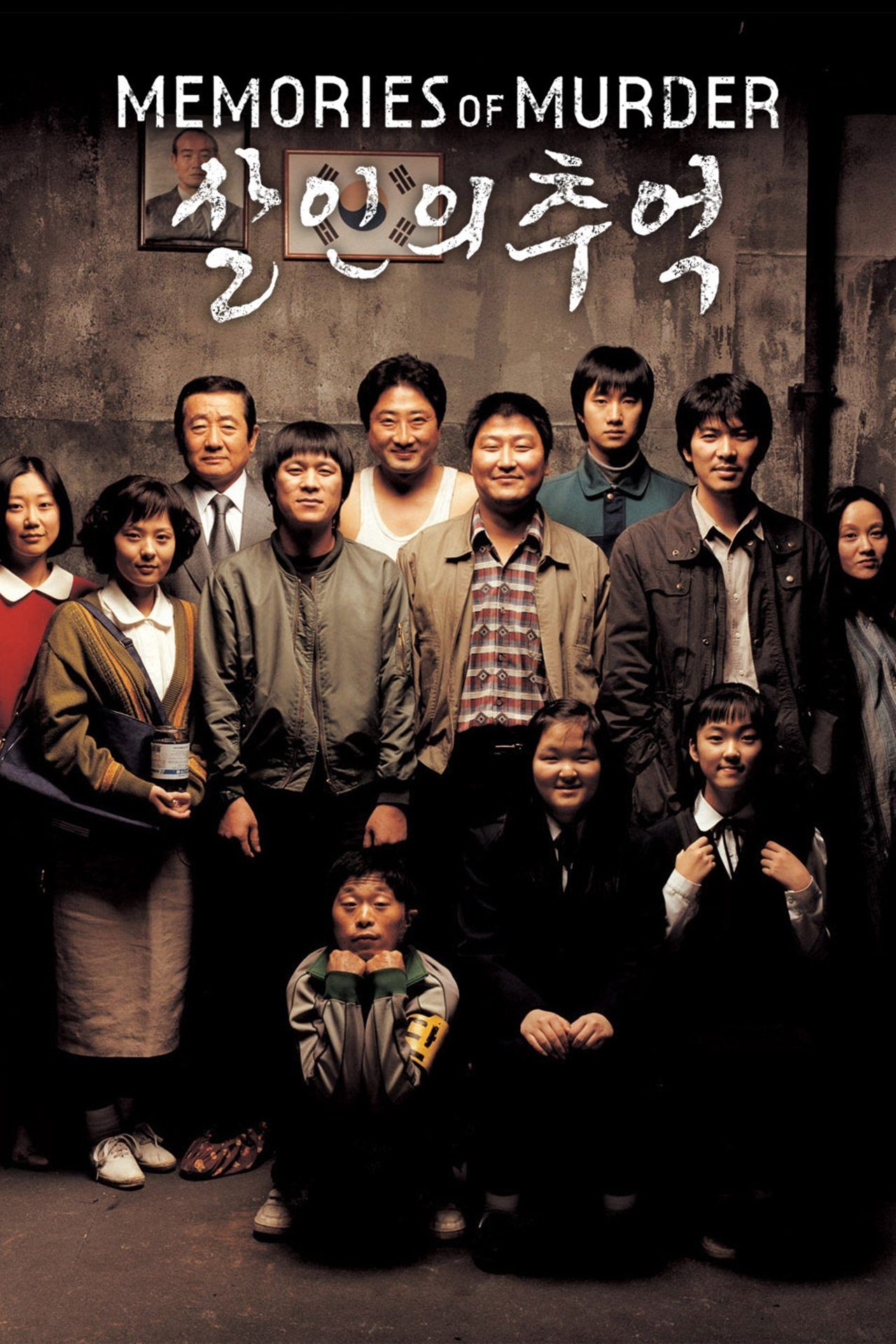 Bong Joon Ho’s 2003 classic crime thriller, Memories of Murder, is currently making the rounds in theaters and an eventual Criterion Collection release. As a result of his Oscar win last year, he’s become one of the most acclaimed directors on the planet and his older works are now more in demand than ever!

Violence/Scary Images: No direct violence is depicted but the story involves dialogue discussing sexual assault and murder. Several dead bodies are shown.
Language/Crude Humor: Some translated swearing in the subtitles.
Drug/Alcohol References: Characters casually smoke and drink.
Sexual Content: Themes and discussion of rape. Partial nudity throughout the film and two sex scenes are depicted.
Spiritual Content: Crucifixes are seen in numerous homes; Christianity is discussed as a normal element of Korean life.
Other Negative Content: None.
Positive Content: None.

Bong Joon Ho put himself on the international stage in a big way last year. His surprise Best Picture Win at the Oscars in February marked a huge moment for the exposure of foreign films in the domestic film market. It’s not hard to see why. His film Parasite was a career-defining work of dark comedy and social satire that eclipsed even his notable internationally released films like Snowpiercer, The Host and Okja. With that movie, he seemed to capture something universal about the way class envy manifests in cultures all around the world. As a result, he was able to turn his film from a cult classic into a major success through word of mouth alone.

His profile has only increased since then. Two of his films have been picked up by the Criterion Collection, and one of his oldest films, Memories of Murder, was picked up for a Fathom Events special screening this week. I went out of my way to see it in a theater with proper social distancing measures and only a handful of people in the crowd.

I didn’t know exactly what to expect. I never really do with a Bong Joon Ho film but you can generally guess a handful of features right off the bat: it will likely very, very dark and carry some very heavy social commentary. That definitely feels like the case for Memories of Murder. Although upon first viewing, I can’t say I fully grasped exactly what it’s saying about Korean society.

Memories of Murder was actually the film that made him his name in South Korea. His first movie, Barking Dogs Never Bite, earned him notoriety but the release of this film was what really earned him attention. It was lauded upon release as a masterpiece of the crime genre and one of the best South Korean films ever made. Again, it’s not hard to see why. Memories of Murder is a pitch dark procedural mystery thriller in the vein of a film like High and Low, Prisoners or Zodiac. In some ways, I even felt some connections to The French Connection for its stressful atmosphere and purposely unfulfilling ending.

It follows a group of rural police detectives investigating a pair of brutal rape/murders in the countryside. The story is loosely based on a true story of one of the country’s most famous serial murder cases and borrows much of its script from a stage play of the same name which Bong Joon Ho adapted. The real-life murder would eventually be solved in 2019 after 33 years of investigation, but at the time of release the case was still open. I wouldn’t be surprised if the film took greater liberties with the character motivations and methods of investigation as well.

As RogerEbert.com‘s review of the film explains, “Memories of Murder is a procedural about people with no procedures. They’re flailing against the unknown, trying as hard as they can to close a case that’s getting out of control.”

Memories of Murder is a story about the lack of resolution to a crime. Our characters are never bumbling but their procedures are ineffective. The lead detective of the case famously claims he has the ability to tell the truth of a person’s guilt or innocence simply by staring them in the eye and he tries this multiple times throughout the movie to diminishing effect.

It also doesn’t help that a police force this small and unprepared is in charge of a murder investigation. South Korea doesn’t even have technology capable of running DNA checks and a major plot point in the movie requires the characters to wait months while evidence is shipped to the United States for analysis. In the end, the character’s desperation to solve this slate of serial murders grows in direct proportion to their inability to solve them.

The film’s final scene is cryptic but adds a fascinating wrinkle to the proceedings. The movie’s main story ends on a moment of indecision and indeterminacy as every option and piece of evidence fails to conclusively reveal the identity of the murderer. I won’t spoil what happens but the final scene seemingly turns to the audience itself and asks a strange question about our own culpability. It seems to be asking if the real murderer might be among us right now as we watch the film. It’s a surprising final image that haunts long after it finishes.

Memories of Murder in some ways feels like an odd man out in Bong Joon Ho’s filmography. It’s a gorgeously shot film with haunting and beautiful images but it doesn’t walk with the same air as his later films. The seething class envy that’s become his driving force as an artistic voice is absent here. As a result, it feels less urgent than his later films that brim with a sense of apocalyptic doom and rage. I don’t necessarily agree with his views on capitalism but his newer films definitely feel more fully realized in some way. It makes sense to me why those movies would become more popular now.

That said, Memories of Murder is surprising in just how excellent it is for the second movie in his filmography. It’s almost more relaxed than his new films but it’s every bit as confident and melancholy. The story’s themes echo some of the greatest crime thrillers in all of cinema, and due to its impressive filmmaking, Memories of Murder deservedly sits right alongside them as one of the greatest films of its kind! The movie will be released in the Criterion Collection sometime next year and I’d highly recommend checking it out if you’re a fan of true crime!

- Possibly not as fully realized as some of his later work

Memories of Murder maybe wouldn't be the most pungent starting point for someone just getting into Korean cinema, but for fans of Bong Joon Ho the film is required viewing! It's one of the best films to come out of South Korea and an amazing crime thriller that ranks among the best of its genre.