Review – The Woman in the Window 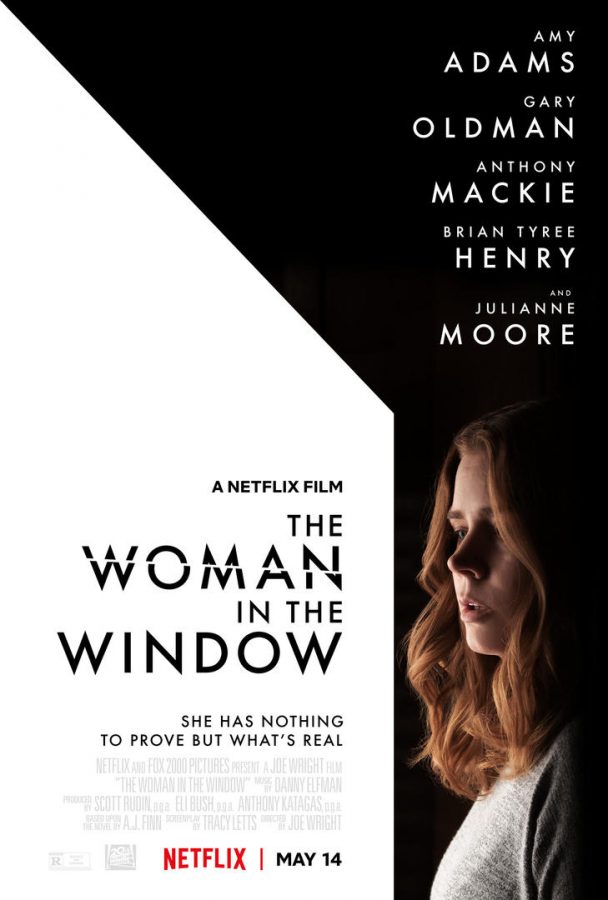 One of my favorite hobbies is watching movies based on books I’ve read. This is based on the novel of the same name which, in spite of its well-selling reception, came under some controversy for having striking similarities to other previous works. With this issue in mind, the director has a unique challenge in making the page-to-screen adaption. Let’s see how it holds up!

Violence/Scary Images:  There are many jump scares in the film; some of them are violent. There are scenes of people being stabbed (with the weapon seen sticking out through the victim), blood-smeared bodies, and other types of graphic fighting with blood. A man hits his teen son and presses a woman against the wall while yelling in her face. Non-violent scenes are often played up with the music and cinematography to be frightening, particularly with the protagonist’s agoraphobia causing her to visibly undergo a large amount of psychological struggle when nearing outside areas.

Language/Crude Humor: There are multiple instances of course language, ranging from many variations of f-bombs to several other swears such as b**** or d***.

Drug/Alcohol References: One of the major plot points of the movie is that the protagonist drinks heavily and abuses prescription medication.

Sexual Content: There are references to a couple having a hookup and marital cheating.

Other Negative Content: The protagonist is mentally disturbed and not only are there references to her suicide attempts in the past, but there is a scene where she prepares to commit suicide in the present. She has a habit of spying on the houses of other people and she constantly suffers mental anguish about nobody believing her testimony.

Positive Content: The film consistently underlines the message that abuse of any kind should not be tolerated. Acceptance of oneself is also promoted.

The Woman in the Window follows agoraphobic child psychologist Anna Fox as she whiles away her hours pouring glass after glass of wine, consuming dangerous amounts of prescription medication, and passing out on the bed in front of her television to spend the night in a dreamless yet unnerving sleep. As a hobby, she spends time spying on her neighbors who, for reasons of advancing the plot, all keep their windows wide open or otherwise seem to have never heard of shades and shutters. Eventually, after making friends with the neighbors who live across the street, she witnesses something horrible happen in the house of this lovely family: a murder.

If this plot sounds familiar, perhaps it’s because you’ve heard something of the sort happen before in Rear Window. Or maybe the idea of an unstable, drug-abusing protagonist who witnesses something terrible reminds you of The Girl on the Train. Most of the elements in the story feel cobbled together from other works, which makes sense given the book drew fire for the same reason. In fact, nothing about the narrative is particularly unique or original, and what the film does have to offer that would potentially make it stand out in the crowd, it unfortunately squanders through rushing it all to fit into an hour and a half of screen time.

You may wonder why I mention the novel in relation to the movie. I don’t anticipate that viewers will have read the book, nor do they need to have done so in order to watch The Woman in the Window. The reason I mention it is to illustrate key points that may help explain why the film turned out as it did. When trying to turn hundreds of pages of text into something that will visually captivate an audience, there will always need to be an immense amount of material that needs to be cut. In the book, the reader is made intimately familiar with Anna’s mental state to establish the central narrative of her being an unreliable and possibly untrustworthy witness with secrets she’s holding onto. In the movie, it’s impractical if not impossible to build up such an internal monologue, yet the filmmakers make the baffling choice of giving the viewer none of this background at all.

This is perhaps the movie’s weakest point for me. A good deal hinges on Anna’s untrustworthiness and unstable mental state, yet the manner in which the movie attempts to display this is truly strange. What would normally be demonstrated in acting feels as if it was traded for weak visual symbolism. We don’t see a lethargic, paranoid, bleary-eyed protagonist who slowly questions her own sanity as she wonders what’s happening with everything she witnesses. Instead, we see a largely lucid woman who shows little to no sign of haggard psychological wear and tear in spite of all the medication and alcohol; not until the middle of the movie does the abuse finally seem to catch up with her, and even then more from the surrounding circumstances than the constant cocktail of drugs.

I don’t think that this is the fault of any of the actors – this rather appears to have been part of the directing style. Experimental camera angles, jump cuts, or visual effects popping on the screen over reality are used to portray what’s going on in Anna’s head. For example, a murder scene features a moment where spatters of blood that aren’t really there show up over everything. While this is an approach that could work well, the pacing spoils whatever intentions there were. Especially with the jump scares.

Wow, are there a lot of jump scares.

There isn’t any monster lurking in this film, nor any ghost or ghoul waiting to slaughter hapless victims. It’s obvious that things are set up more as a mystery and a thriller, which makes the direction truly bizarre. Everything is set up like a horror film and at every opportunity that there can be a jump scare of some sort, there is one – not of anything truly horrendous, but something of the modern “soft” jump scare, where suddenly someone completely innocuous will show up from behind a corner, or something will fall to the ground after a slow zoom from the camera and a tense musical score. I cannot fathom why this is such a common device in this movie; it neither helps the narrative nor fits with the atmosphere. My only guess is that it’s made to artificially induce excitement in the audience – and it does indeed feel terribly artificial.

The best part of the film is the numerous plot twists, but these are dumped and ruined so fast that at one point I even paused the movie to see how much time was left out of shock of how clumsily the climax was executed, thinking that surely there had to be more to it. As soon as something is revealed that could change the entire direction of the plot, it’s tossed aside and ignored as quickly as it was brought up, with no time to breathe and explore the ramifications of what was just learned. Truly a waste of what could have (and should have) been the most crucial part of the whole film.

From my description of all the low points, it would seem like there’s nothing redeemable here. Unstable protagonist? Played down outside of a plot device. Agoraphobia? Barely explored and only used to establish the setting. Tension? Built up only to induce cheap fright. Everything built for an artificial kick to the pants. But all of this being said, it’s not an awful film – it’s entertaining enough to be passable as a generic thriller, though there are so many better movies with similar themes to spend your time on that I can’t recommend it too heavily. Even still, if you can ignore how cheap the thrills are, at least they’re thrills that are somewhat present.

It’s basically something of a weaker Rear Window. If I were to pick two words to describe the bulk of the movie, I would pick these: artificial and rushed. If you don’t mind this and can enjoy the visuals, there’s at least some entertainment to be had out of it.