Welcome to October’s Boom, Bust, or Meh, ladies and gentlemen! This is where we focus on five films released during the month and have some fun predicting their success! As with every BBoM article, each film receives one of the following scores:

Boom: A film you’ll remember for the rest of the year.

Meh: A film that entertains during the moment, but has no lasting impact.

With that introduction, let’s crank open the month of October vault!

Before we get to our film predictions, let us take a look at the outcome of our September predictions!

Juliana: A popular film, though it certainly didn’t impress as much as the first, and “it” couldn’t escape the inevitable comparisons between the two.

Juliana: Critics thought it was thoughtful and mesmerizing, whilst the general public saw it as boring and obtuse. Do you agree with critics or that audience score?

Juliana: It has only just released, so those box office figures should improve in the coming weeks. But what an entry! Those reviews are nothing but positive so far!

Juliana: When I heard critics saying this was the worst film they’ve seen all year, I thought this would definitely be a bust. But it seems that the general public have taken a liking to it. Go figure?

Juliana: Personally I was a little bored, then again, this film wasn’t made for people like me. For fans of the show, this movie was everything they expected.

Juliana Purnell (80-52): Meh – I’ve second-guessed my prediction at least a dozen times. The reviews from the Toronto Film Festival have been extraordinary, yet the wildcard aspect is how the general public are going to respond. I’ve had friends that love McDonalds and other fast food burger eateries. Wishing to expand their tastebuds, I’ve treated them to some of Sydney’s top restaurants, only for them to admit they don’t see the difference in quality, even preferring the cheap burger. In the same way, the average person only sees seven films at the cinema each year, and now it’s such a commercialized business that their cinematic diet and tastes can be dictated by a single studio.

So how are people going to react when they’re expecting (and used to) a certain tale, only to receive a heavy character study that’s only loosely based on the source material they love? Judging from people’s lack of excitement in the lead up to this release, I’m guessing we’ll have another Birdman here: a brilliant, Oscar-worthy film that just doesn’t connect with the Average Joe. Yet if it is popular, then expect to see “Clark Kent” or “Bruce Wayne” the movie, where studios realize they can dust off an old script, slightly tweak it to link it to a popular franchise, then make heaps of money at a fraction of the cost of a CGI-laden action film.

Tyler Hummel (60-43): BOOM! – This movie is gonna inspire the most obnoxious film discussion of the year, as even just the few reviews we’ve gotten from film festival goers suggests. Still this DC Comics by way of Scorsese approach to filmmaking is totally unique and exciting!

Synopsis: An over-the-hill hitman faces off against a younger clone of himself. (IMDB).

Juliana Purnell (80-52): BOOM! – To be honest, I wasn’t that hyped to see this film. Then I learnt that it’s directed by Ang Lee, it’s shot in 120fps, with many early reviewers saying that it’s magnificent in 3D. If its word of mouth continues to grow–that this is one film that you NEED to see in the cinema–then I can easily see the popularity soar. Particularly when this is the standout standard action movie that’s being offered this month, catering to people who may shy away from the gore found in Zombieland: Double Tap.

Tyler Hummel (60-43): Bust – Ang Lee, what a tragedy your career has become. No contemporary great filmmaker jumps in quality more frequently than Ang Lee. Who else can drop qualitatively from Crouching Tiger, Hidden Dragon… to Hulk? Gemini Man looks like Shyamalan’s After Earth levels of pretentious and dumb…

Synopsis: An animated version of Charles Addams’ series of cartoons about a peculiar, ghoulish family. (IMDB).

Juliana Purnell (80-52): BOOM! – It seems that the older kids have a few options this month. I can’t say that I’m a fan of this franchise; merely just a passing interest. Yet for those who are, it seems that this animated film finally unlocks a lot of potential in terms of comedy and wild plot ideas. The story’s ultimate message may sting of mediocrity, but the script sounds witty enough to keep it afloat. There may be questions as to how suitable this is for kids, but for the most part I feel it’ll be unique enough to impress critics whilst also satisfying long-time fans.

Tyler Hummel (60-43): Bust – Looks cheap. Can’t possibly be as good as the Broadway Musical remake of the series.

Synopsis: Maleficent and her goddaughter Aurora begin to question the complex family ties that bind them as they are pulled in different directions by impending nuptials, unexpected allies, and dark new forces at play. (IMDB).

Juliana Purnell (80-52): Meh – Another month. Another live action Disney film. Granted, this one has paved its own path and is the first sequel of its ilk. The first one was interesting, though it was marred by some questionable themes. Judging from the trailer, it seems that this time Maleficent’s motives are shallower, and closer to that of a straight villain (either that or the plot is horribly contrived to make her look like the good guy in the end). Too dark for littlies anyway, if you want to understand the mindset of a villain, then this month it may be best to stick with Joker.

Tyler Hummel (60-43): Meh – Uhhhhhhhhh…. It’s a sequel to Maleficient? That film was weird and mostly forgettable back when it came out and launched live-action Disney remakes (which has become a cancer on the film industry…). Can’t say I care at all about this…

Synopsis: Columbus, Tallahassee, Wichita, and Little Rock move to the American heartland as they face off against evolved zombies, fellow survivors, and the growing pains of the snarky makeshift family. (IMDB).

Juliana Purnell (80-52): BOOM! – As a monster, zombies have worn out their welcome in recent years, thanks to The Walking Dead’s undying yet decaying run. Yet Zombieland shines like a beacon in the post-apocalyptic wasteland, with its blend of comedy providing just enough relief for people who love the genre but are simultaneously currently sick of it. This sequel appears to keep the same light-hearted tone, and in a month that’s seemingly filled with more serious picks, the general public will enjoy its humorous respite.

Tyler Hummel (60-43): Meh – The first Zombieland rung in the 2000s decade. Now its sequel is finishing out the decade. I can’t imagine there’s any significance to that though. This looks pretty disposable and repetitive.

Thanks for reading this month’s edition! Let us know your predictions in the comment section. Join us next month for another edition of “Boom, Bust, or Meh!” 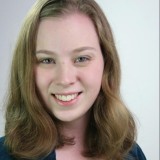