I also have to concede that this is good for the team formerly known as Play2Win, a team hardly anyone knows, because now they have a sponsor which are difficult to secure as eSports is still a fledgeling industry that has yet to be recognized by the big sponsors that support traditional sports such as football and basketball.

Those are the only two positive things that I can think about concerning this story.

But I’m not going to do that, because many other venues have done the legwork already. Of course, because it is Christ-centered and aided me in becoming sober from pornography as I have already discussed in previous writings, I favor Celebrate Recovery. 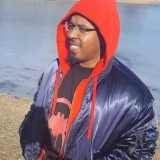 3 replies on “DotA Only for Adults: Team YP”

This is sad times indeed…. We need to counter this immoral team of players with a GUG team of our own! I’m not a big multi-player gamer anymore, but I’m sure we have some top notched candidates on here to wave the flag. 1 Cor. 6:18

I’ll correct my phrase “immoral promotion of this team of players”.

I second that motion.