I don’t remember how exactly I decided to finally sit down and play Trails in the Sky 15 years late, but after I did, the series completly captivated me. After finishing the Sky trilogy and the first two Cold Steel games, I knew I needed to play the missing piece of the puzzle, the “Crossbell arc”, before moving on to Trails of Cold Steel III. Fortunately, around the same time, a fan project called the Geofront was translating Trails from Zero. I’ve seen many a bad localization of JRPGs, yet this massive project (keep in mind, Trails games have some of the largest amounts of text in any video games, ever) was pure polish.

In an unexpected happy twist, while many such fan translation projects get cease & desist orders, NIS America actually decided to employ the Geofront and use their translations for their official releases of Trails from Zero and the upcoming Trails to Azure. So let’s get on with our official review of the official release!

Let me open this section with three comments. First, I don’t know how to avoid SPOILERS! here, so if you don’t want any, SKIP down to the “Review” header. Second, if you’ve played the Trails series, this isn’t too far from the norm, although the cop/detective/mafia setting makes it a bit more vulgar than other titles. Third, I beelined the main quest and have not played any of the side quests yet.

Violence: There’s no gore beyond maybe a few moments of blood that I failed to notice, and very few deaths. One character gets shot in the leg. Yet, there’s constant violence, the magical kind where bad guys with machine guns always miss, Star Wars style. There are also two gangs that brawl just for the sake of it. It’s definitely T rated violence, not M, but it’s omnipresent.

Language: There are no f-bombs, but everything else is there, early and often. The game’s story primarily involves cops cracking down on the mafia, so you your imagination is likely pretty accurate on this one.

Sexual Content: First, let me say that there is very little visual content in the game. A key story arc involves a stage production where two female dancers wear revealing outfits. The game’s pixel art prevents there from being much to see, but you do see these two character’s portraits from the torso up in the still artwork portrait style shown in trailers. There is a casino with bunny girls, but you only ever see the pixel art version of these characters.

Everything that follows is purely text, i.e. words said by the characters, but it’s extensive — this is definitely an abbreviated list. One of the main characters, Randy Orlando, is basically a giant horndog and hits on every woman he sees. It is usually not very graphic (e.g. “Hey babe, why don’t we go get a drink?”, not comments on particular body parts or references to having sex), but it’s constant. There are a few homosexual jokes, where players pretend to be same-sex attracted to annoy the other person.

More importantly, a central story arc involves human trafficking. A young girl is found locked in a suitcase which is meant to be sold at an illicit auction, meant to implicate the auctioneers as traffickers. In the past (before this the start of this game), a key NPC was kidnapped by a cult and forced into child prostitution.

Drugs/Alcohol: Many characters, both good and bad, drink and smoke. Alcohol is constantly referenced to, both as a good thing (“I’ll get the booze and we can party!”) and bad (“Wow, he’s completely hammered. How sad.) (Neither of those are actual quotes.) A central story arc involves people consuming a “superdrug” that gives them superhuman abilities, but makes them lose their minds; the criminals involved began their experimentation on kidnapped children, including one of the main characters.

Other Mature Content: The “B plot” of the main story involves a teenager who was kidnapped as a child, seeking out her birth family and having to decide between trying to reunite with them or joining a family that wants to adopt her. It’s a touching story, but may be too emotionally difficult for adoptive parents or adoptees.

First, let me briefly talk about platforms. I don’t know why, but the PS4 version of this game is missing upgrades found on the Steam version. I can’t comment on the Switch version, but I played this whole thing on my brand new Steam Deck, which arrived just in time. I highly advise getting the game on Steam, for a couple of reasons. First, and most importantly, this version contains a “chat log” similar to what’s found in the Cold Steel games, where a push of a button shows all of the recent previous dialog. In a game with this much text, it is an absolute necessity to have.

Second, maybe it’s the Steam Deck, but the game just looks great. Yes, it’s a PSP game from 2010, and this is a remaster, not a 3D remake. But we all know JRPG fans love their old school pixel art. I maximized every graphical setting the game provided (anti-aliasing, etc.) and it looked crystal clear on the Steam Deck. Honestly, this game looks better than actual recent “2D-HD” releases like Octopath Traveler, Triangle Strategy and Live a Live, which have that annoying “intentionally fuzzy” aspect to them. 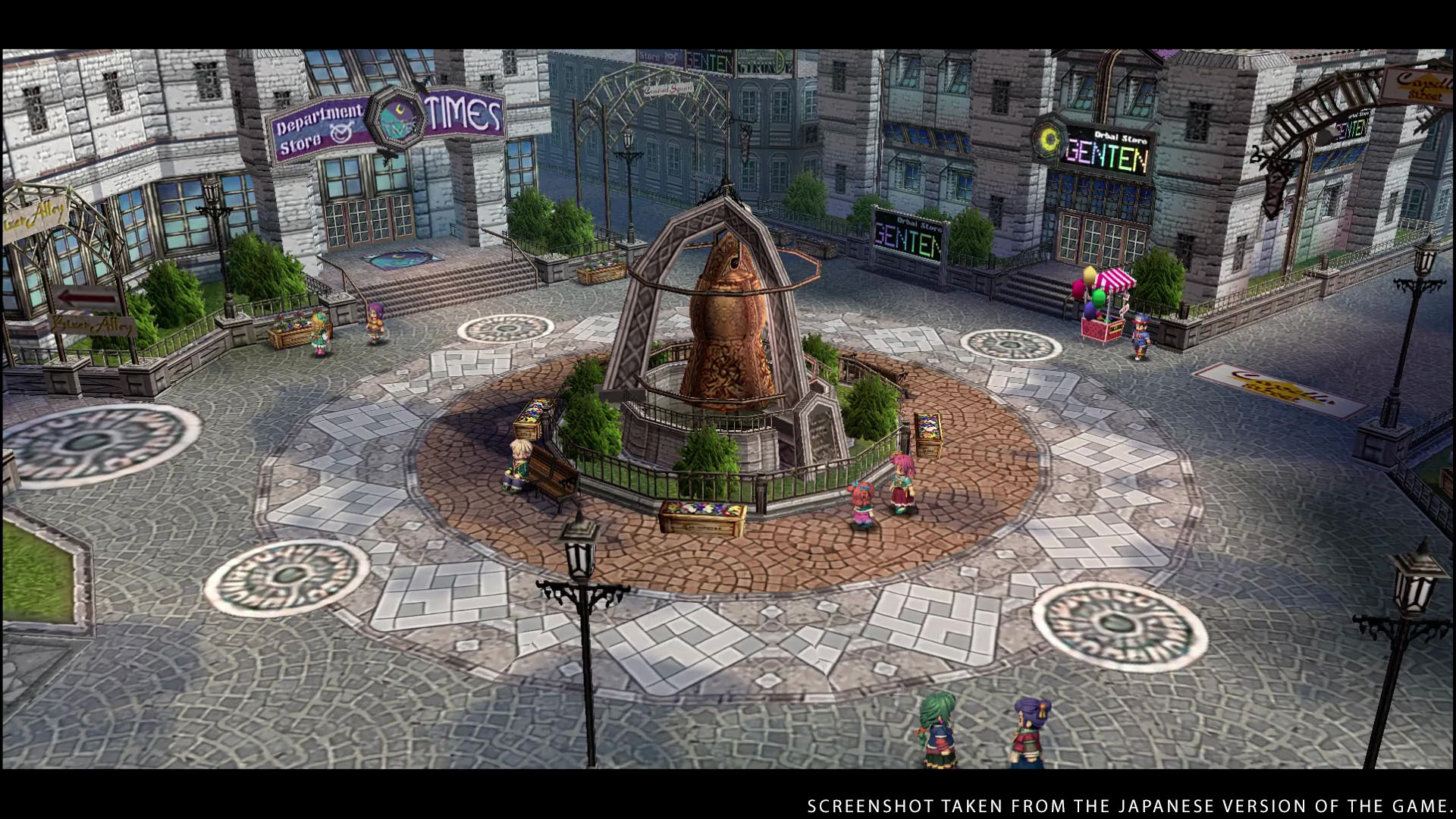 I missed you, Crossbell!

In addition to the graphics, the sound was quite good. Well, let me clarify. The music is quite good, and memorable. Having played the game once already (and its sequel, and the Cold Steel games multiple times), I felt like I was transplated “back” to Crossbell, in such a heartwarming way. It’s not going to win any awards; there are no massive orchestral arrangements like Final Fantasy or real-life hand-carved flutes like Xenoblade Chronicles, but it fits the setting and stirs the right emotions.

The other half of sound, of course, are the sound effects, including voices. I am really disappointed that there are only Japanese voices in the game. Most of these characters already have associated English voice actors from Cold Steel III and IV, so I’m not sure why they didn’t bother with an English voice track for this title. I hope they eventually patch this in at a later date – it would be enough for me to replay the game yet again. 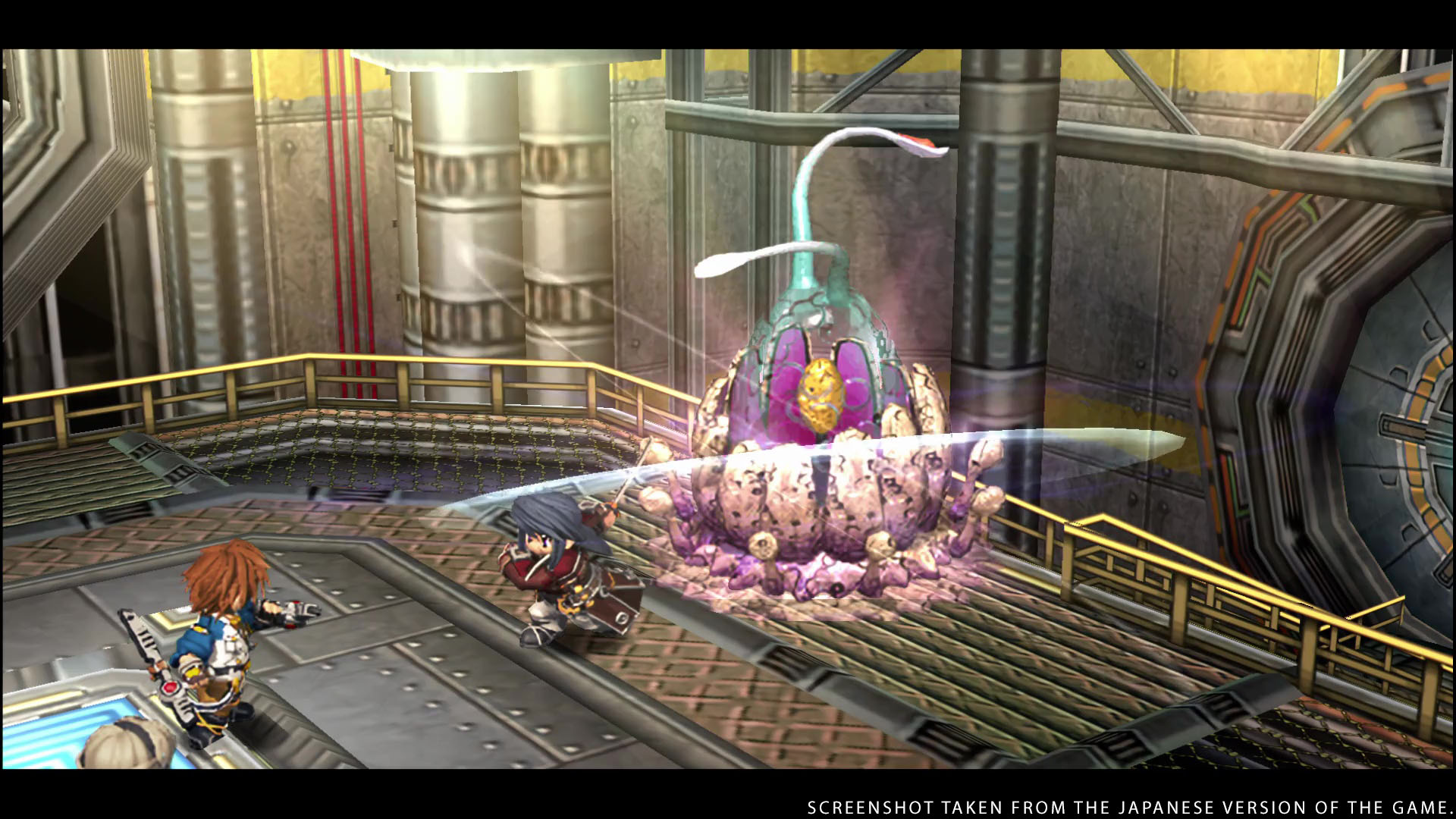 The only other disappointment I have with the game is the Achievements, which were not adjusted at all. One achievement/trophy is absolutely ridiculous, perhaps the worst in the entire series: beat the game with every character at level 40 or below. You basically have to do this on your first playthrough since you want to carry over levels with New Game+, and it causes so many problems. I had to intentionally skip every side quest, run from most enemies, and then at the end, the game forcibly gives you two extra party members at level 38; I had to intentionally kill them (which was hard to do on Easy mode!) for a whole dungeon, then intentionally die and retry the penultimate boss on a lower difficulty, so that I would get less XP. It was a huge headache, and the biggest problem is that it prevented me from just… playing the game and exploring its systems. The Trails series has learned its lessons about achievements quite well if you look progressively through Cold Steel I, II, III, and IV; it would have been nice if they had retroactively applied those lessons to this release.

So yeah, I’ve got a couple of minor complaints. But hey, maybe we should talk about the gameplay and story? That’s easy: this is the best Trails game, at least of the first nine releases. It maintains all of the great systems of the Sky trilogy without overcomplicating them with the many iterative additions we see by the end of Cold Steel IV. We are introduced to a great new cast of characters with their own interesting world and story arc, which wraps up the “main quest” nicely while leaving a few key mysteries for Trails to Azure. At the same time, it serves as the epilogue of the Trails in the Sky trilogy, ending that story in a beautiful way. To be able to weave all those threads together as the series transitions is truly impressive. 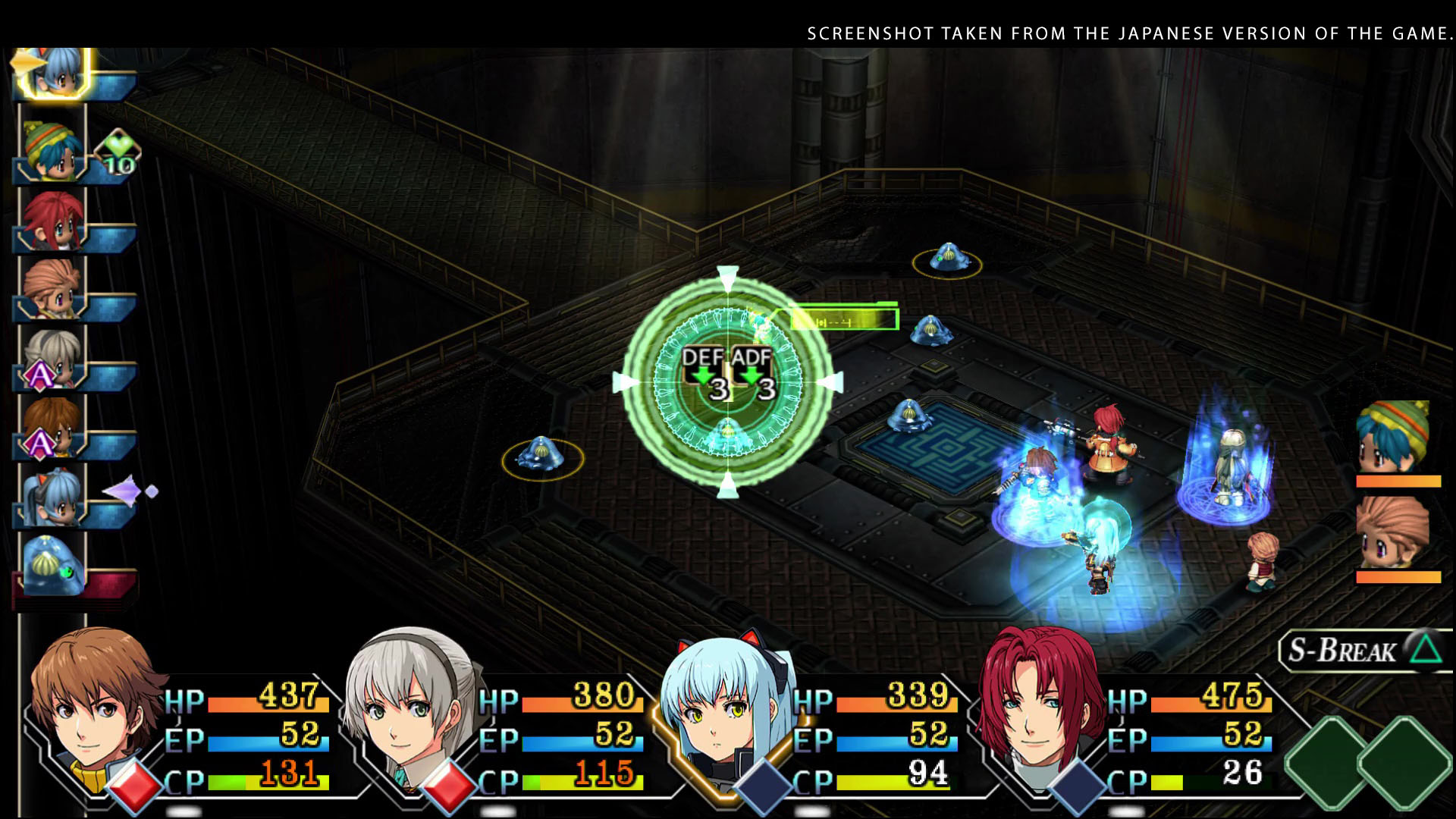 And again I can see just how impressive Geofront’s localization is. The story comes through with great emotion; they were careful to truly localize, and not just translate literally. They also went the extra mile and created phrases for each treasure chest, as is done in the Sky trilogy (but not the Cold Steel series). Little touches like that add up. The game’s story grips me like it does largely in part due to this fantastic localization effort. I did notice two or three typos (“lenghs”, a few missing periods) but I assume those will be quickly patched.

So if the game is that fantastic, should you go and buy it? If you have never played a Trails game, I really, really encourage you to first play the Trails in the Sky trilogy (only available on Steam currently). You could start here and not be too confused, but you will be spoiled for one of the best payoffs in the entire series. Besides, you’ve got a bit of time until Trails to Azure releases, so what are you doing? You should be playing Trails! And when you get to Trails from Zero, you’ll come back and thank me for that advice.

The best version of the best game in the Trails series.