Since the release of Shovel Knight back in 2014, the titular character has successfully dug his way into our hearts. Our favorite shovel-wielding hero has become something of a mascot for the independent game development industry, especially since there now is a version available on literally every platform. I own a copy on my PS4, 3DS, and gladly purchased Shovel Knight: Treasure Trove on the Nintendo Switch to experience some never-before seen content.

Shovel Knight: Treasure Trove makes its way onto Nintendo Switch with every update that has already been released along with new content that is timed-exclusive to the platform. The biggest addition is the new campaign featuring Spectre Knight, titled “Spectre of Torment.” Other included features are additional amiibo functions, co-op, and a Body Swap mode. There is already a lot of content  in this package, and yet the developers have confirmed that there will be more on the way. Even if you don’t own a Nintendo Switch, I would recommend reading this spoiler-free review while you wait for the free content update to roll out onto your platform of choice.

Much like a Super Mario game, Shovel Knight is meant to be something that the whole family can get into. There is no foul language to be found at all, and when enemies are destroyed, they turn into a puff of smoke as a bunch of gems scatter in the area where their defeat takes place. Something that our readers should know is that Shovel Knight’s constant reoccuring theme includes references and use of magic through wizardry and sorcery, though this is presented in a fantastical sense that you might find in a Disney movie or other family-centered piece of media.

It seems that each campaign within Treasure Trove has an underlying theme that comes along with the action. To avoid spoiler territory, I will not be going into specifics or Spectre Knight’s story. However one of our Christian Living writers at Geeks Under Grace has actually started a series of articles that will go into the underlying theme of each character’s campaign. Amanda B’s first article is titled “Christ’s Love in Shovel Knight: Relentless Pursuit,” in which she digs deep into a redemption allegory of the original story. There will be more to come, including the next study featuring Plague Knight. So be sure to look out for more of that if interested!

Most of the content in Treasure Trove has already seen the light of day for quite awhile now, so for this particular review we will be going into the new campaign and some features that were added into the original.

Shovel Knight: Spectre of Torment gives players control of Spectre Knight as the Enchantress gives him the task of recruiting seven other knights to join her Order of No Quarter. As Spectre Knight proposes the offer to the other knights, many try to test his strength in the form of boss fights. After completing a level, Spectre Knight sits atop the Tower of Fate, brooding and reminiscing over a necklace rather than sitting fire-side at a camp like our pal Shovel Knight. Though we don’t know the significance of this object until later, it is during these moments that we get to witness and even play some memories that our character is looking back on. These moments are the strongest trait of Spectre of Torment and cleverly move the story along in such a way that tugged at my heart in the end.

The gameplay and level design is completely unlike the other two campaigns. Spectre Knight is a beast with a scythe along with the abilities he gains from Curios—relics, basically. Spectre Knight’s unique way of attacking enemies is a dash attack that can be done above or below an enemy with a small slash reticle that tells you which direction you’re aiming. Much like Shovel Knight’s downward attack and Plague Knight’s bombs, this mechanic is heavily and creatively utilized on platforming. The criminally under-utilized mechanic is grinding; Spectre Knight can grind on rails( and on any surface once you get the ability) while standing on his scythe like a skateboard. Outside of the Tower, this mechanic is only used during one stage and on a separate boss battle.

Throughout most of your journey it feels as if the power of Spectre Knight is in the palm of your hand, and this feeling doesn’t necessarily come from being overpowered in a damage-dealing sense. While the challenge is still there, it is the given mechanics and abilities that make it so. This brought me to a small issue: in the last few stages, I experiences a sudden spike in difficulty. Every stage has some sort of unique platforming gimmick. I experienced this mostly in Tinker Knight’s stage which was the final stage on my quest for recruitment. its gimmicks just feel overbearing. The same goes for the very final stage as well; it just feels odd to make me so confident and full of trength to then suddenly, neutered due to some of those gimmicks,

Regardless, the Spectre of Torment campaign is an outstanding experience compared to Plague of Shadows, which features a character and mechanics that I didn’t particularly care for. Included with what already feels like a brand new game in the series in the first place, the developers have added a few features that greatly add to the original (now known as Shovel of Hope). The first is all of the amiibo features that were already present on other platforms, such as the leveling-up of a custom Shovel Knight and Co-op Mode. This Co-op mode that was once exclusive to the Wii U is said to finally make it to other platforms during the free update.

The second and most unique addition to the Shovel of Hope campaign is a “Body Swap” mode. This mode tailors the campaign’s story through gender. This means that you can swap the gender of any major character in the game, including each knight and Shovel Knight himself. The changes are seen through the proper pronouns and sprites, the Enchantress will be called “The Enchanter” for example.  You have the option to go down the list and swap specific characters, make it opposite day by hitting the “opposite” button, or just leave it up to chance and hit the “random” button. The Body Swap option is also present in the pause menu if you decide to switch things up mid-game. What would seem like a minor change actually has the potential to bring a whole new dynamic to a story that many have already grown familiar with. At this time, the Body Swap mode is only featured in the Shovel of Hope campaign.

And Finally, I can’t say enough great things about the presentation. I have played and reviewed many indie titles that have overused the retro presentation, but I believe it ws Yacht Club games that started the trend of high production value with Shovel Knight. Not only did they achieve this with graphics and sound, they also took aspects from our favorite video games of all time and blended them into one. Just look at Shovel Knight’s downward attack, a page taken straight out of Ducktales on the NES. Even the whole knight theme and freedom of stage select was directly inspired by Mega Man and its robot theme. Shovel Knight himself is an armored Scrooge McDuck with Mega Man’s color palette. Those are only a few out of many callbacks that are present.

Since the Switch has came in limited runs and the new content has yet to make it onto other platforms, I can’t wait to talk with others about the new campaign. Treasure Trove contains a massive amount of content with more to come, and easily accessible for anyone who has not yet picked up this amazing title. Even before I owned a Nintendo Switch, it bugged me when I would read or hear people say “There are no games on the Switch,” or “The Switch is a $300 Zelda machine,” because Shovel Knight is and was already a great video game when it first released in 2014. If you’re buying a Switch, you are obviously going to pick up Breath of the Wild, but do yourself a favor and grab a copy of Shovel Knight: Treasure Trove on the eShop as well.

Shovel Knight fans can look forward to seeing more of our favorite shovel-wielding night when he makes a cameo appearance in Yooka-Laylee. Those who already own Shovel Knight on other platforms will be receiving the free Treasure Trove update sometime this month. Lastly, all of us will await a new campaign featuring King Knight and the 4-player Battle Mode which are both expected to drop sometime later this year. 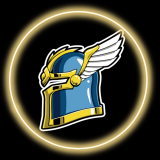