Live A Live, originally released in 1994 as a Japanese exclusive game for the Super Famicom published at the time by Square has made its way to the west in an HD-2D remaster for the Nintendo Switch.  A highly anticipated game for JRPG enthusiasts around the world due to its unique nature. Live A Live is structured like an anthology series with individual self-contained episodes exploring different time periods, akin to the much loved Chrono Trigger which has become a classic amongst JRPG enthusiasts. 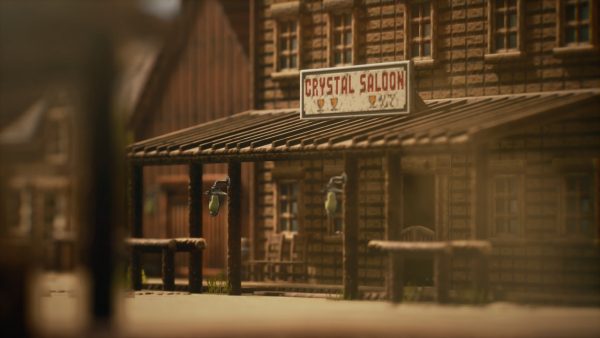 Spiritual Content: Live A Live contains multiple instances of utilizing magic through spellcasting or as telepathic-based magic. The main antagonist of the game is referred to as a Demon King/Lord. Additionally, some enemies are based on demons from various religions; a few examples of this include the Lost Spirits in the Infiltrator chapter and the Phantoms in the final chapter.

Violence: Violence is commonplace in Live A Live due to the often turbulent time periods depicted, such as gun violence in the Western Chapter or fantasy violence in the Prehistory and Medieval Chapters. In some chapters, there is some hand-to-hand combat in the form of Kung-Fu and Boxing/Mixed Martial Arts. Most of the violence, however, is cartoonish in nature, and when enemies are defeated they vanish into a puff of smoke with only a few exceptions. One such exception is in the Distant Future chapter, where death is seen with blood, though not in such copious amounts. When these instances are part of the narrative, the people killed do not disappear but rather appear dead. It should be noted that violence is discouraged in some places, such as in the Infiltrator chapter. 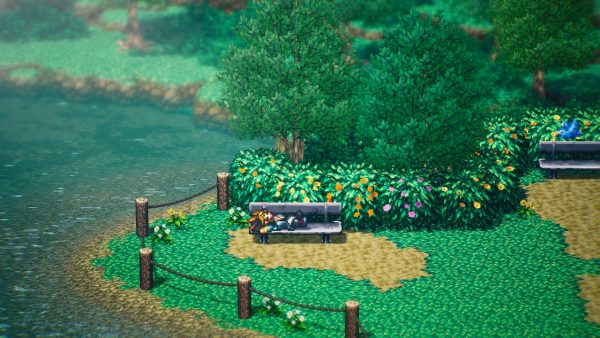 Language and Crude Humor: Live A Live does not shy away from strong language with frequent usage of S**t, A**, and D**n. Due to the dialog-heavy nature of the game and the vast amount of characters, there could have been instances where the Lord’s name is taken in vain. It should be noted that in the Present chapter there is an instance of the word Mother*****r which is both censored in closed captions and bleeped out in the voice acting. Crude Humor is prevalent as well, most notably in the Wild West chapter said language relates to the anatomy of a character’s mother and that of a man as well. Additionally, in the Prehistory chapter, there are some instances where it can be implied that characters engaged in adult acts off-screen. The Prehistory chapter is also notably the crudest, involving moves based on flatulence and one instance of a gorilla performing a move called poop throw.

Sexual Content: There are some coarse references to female and male body parts. Additionally, there is an off-screen sex scene in the caveman chapter which is implied by the black screen turning pink along with some background sounds. The game is rated T for Teens so the content is not on the same level as M-rated games in that regard. There are also geishas in the Infiltrator chapter referred to as maids, but nothing is implied or seen with them. Some of the enemy designs involved both male and female revealing outfits, and in the Cave Man chapter, the female party member is only wearing a bikini.

Drugs and Alcohol: There are many instances of alcohol in Live A Live ranging from bars and saloons to casual consumption. Additionally, there are some instances of smoking cigarettes. There is a reference to a made-up drug in the Near Future chapter as well.

Other Negative Themes: Two chapters in the game optionally allow the player to steal from NPCs. In the Wild West chapter, a character’s journal can be stolen, which does not serve any purpose other than that if you return it, you get a humorous line of dialog. In the Near Future chapter,  you can ask a kid at your orphanage to steal from the orphanage owner. This can result in the player receiving her meager savings.

Positive Elements: Despite characters being heavily flawed at some points in the game, they all have redeeming qualities. For example, in the Infiltrator chapter, the character is yours to shape, whether you choose to kill your way through the chapter or use stealth to prevent needless violence. This encourages the player to think about the weight of their choices in the chapter and gaming in general. In the Wild West chapter, along with many of the other chapters, selflessness is exhibited by the main protagonists. They often help others without any expectation of reward or benefit. Sacrifice is another notable positive element explored, as there are instances of characters acting selflessly for the benefit of others even if it means they themselves may be harmed.

Live A Live has a rating for T for Teens from the ESRB and a rating of PEGI 12 from PEGI. 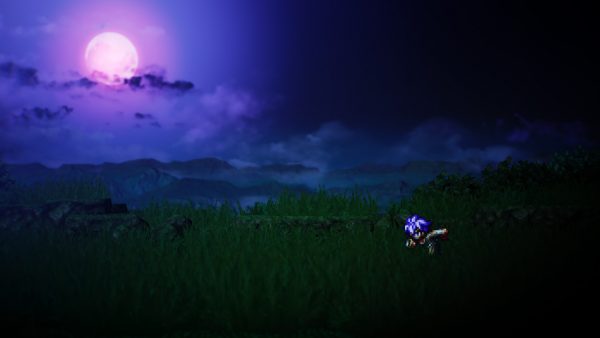 Live A Live distinguishes itself most through its stunning HD-2D graphics along with its unique game structure. Unlike most JRPGs which seek to construct a large, cohesive, plot-driven narrative through hundreds of hours of gameplay,  Live A Live delivers its stories in bite-sized pieces. This unique style of game design will not be for everyone, but it offers an atypical experience of JRPG design focusing more on crafting unique separate experiences that could stand well on their own.

The chapters are split up by time periods, except for the final chapter which serves as an overall conclusion to the anthology.  The chapters each follow unique individuals with different motives and goals they hope to achieve. This makes for a varied experience due to the uniqueness of each segment. Each chapter also contains gameplay differences that set them apart from each other. This is best seen in the Distant Future chapter, which plays more like a pseudo-horror game taking heavy inspiration from the Ridley Scott film Alien than a JRPG with minimal combat, though. The combat itself is similarly structured, focusing on a grid-like system akin to Fire Emblem or Final Fantasy Tactics since certain moves require specific positions on the grid. 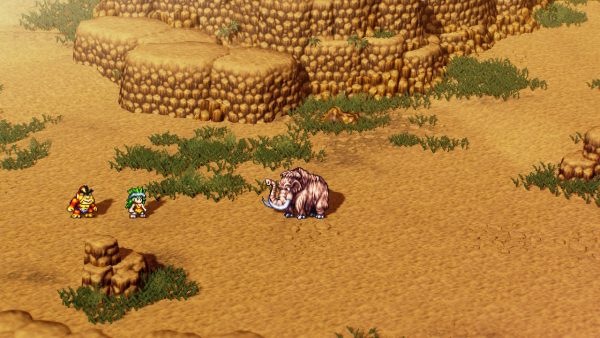 The game also does a wonderful job of establishing the protagonists of each chapter with high-quality voice acting and writing. Each character, whether controlled by the player or simply an NPC, has a believable dialect for the time period and the area they reside in. While the changing in time periods and characters may sound disorienting, the game successfully eases the player into the chapters by introducing the world and characters in a way that makes it feel like the start of something new, rather than a continuation of the same game. This is helpful, as the presentation of each chapter can vary greatly, with one even being reminiscent of Street Fighter 2 despite its JRPG combat while another thematically would feel at home in an anime. 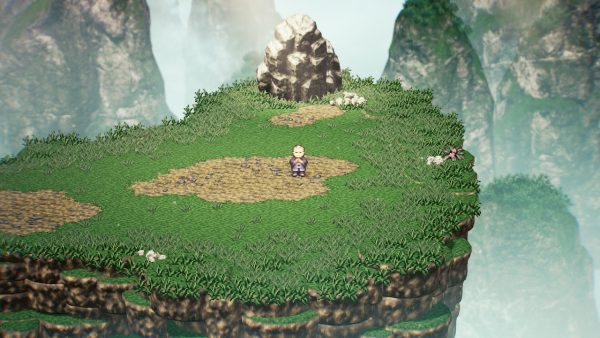 Much like well-known JRPGs, Live A Live has a weakness-and-strength system in play when it comes to the game’s combat. The game shows enemy weaknesses in the battle menu so the player can make an effective strategy, which is especially important during optional super bosses, a rewarding challenge for those looking to test themselves. On top of the tile-based nature of the attacks, the position a character is facing in combat also impacts how much damage an attack will do; for instance, an enemy facing away from an attack will take more damage. There are various status effects that come into play as well, such as paralysis, poisoning, and some more unique ones such as intoxication. All these factors give combat a great amount of depth when it comes to strategizing and choosing equipment. 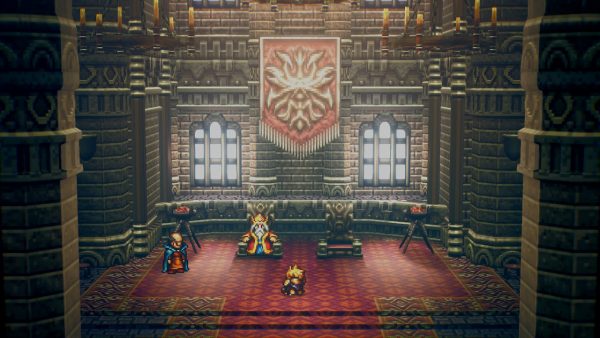 Live A Live is not without its flaws, however. Most notably is the pacing, in that some chapters feel drawn out while others speed the player through them. The varied pacing leaves some chapters with underdeveloped characters. Another stumbling block for players is the fact that some special items or weapons require prior knowledge or extensive exploration of a chapter to fully appreciate everything it has to offer. The last negative element is the crafting mechanics in the Near Future and Prehistory chapters. If a player chooses to play the game without consulting a guide, crafting can be a challenging experience. There is no in-game way to keep track of what resources are needed to make certain items, and this can be frustrating for those who prefer to not rely on outside help.

Overall Live a Live is a unique experience that contains various explorations into time periods and concepts, that would be enjoyable for any JRPG fan. The varied stories offer something for every type of fan of JRPGS to enjoy. Additionally, the game itself possesses a gorgeous art style that enhances the original pixel art without making it feel dated, a quality soundtrack, and a voice-acting performance that makes it an absolute joy to play.

Live A Live is a unique experience unlike any other currently seen in the gaming landscape, and looking past its few dated flaws it offers a player a special experience.