Deathloop is the latest creation of Bethesda Softwork’s Arkane Studios, best known for its gothic steampunk stealth action games in the Dishonored series and the survival horror game Prey. Deathloop is a clear departure from Dishonored‘s artistic and narrative approach, staying true to the gameplay that made the series so beloved while incorporating pseudo-roguelike elements.

Spiritual Content: Although Deathloop is not overtly linked to any type of spirituality besides celebrating the loop, there is a cult led by a visionary who believes she is some kind of deity for being the only person to survive a plane crash in the middle of the ocean.

Violence: The game is surrounded by death and killing. The only limit to violence is one’s imagination, as there are multitudes of ways to eliminate targets, much like in the Hitman games. Gore and blood are both present as the character’s body parts can be blown off or severed depending on the weapon. There are also suicide bombers who will blow themselves up to try to kill you and fly into various pieces upon exploding.  Additionally, some executions are particularly bloody and brutal. A caveat for the violence, though, is that once eliminated the enemies poof into a cloud of smoke just to be killed again in another loop. There is environmental gore such as water fountains filled with blood in a particular villain’s mansion.

Language: Swearing and foul language are ever present in Deathloop, with multiple variations of f**k, s**t, b***h, c**t, h*ll, and d**n, sometimes taking the form of threats and taunting. Additionally, sexually explicit languague can be seen in the journal entries containing the rants and raves of the visionaries.

Crude Humor: There are many instances of crude humor in the banter between Colt and Juliana, along with Colt making statements about the visionaries. In addition, some male characters can be seen walking around in nothing but a face mask and a speedo. Deathloop also utilizes suggestive themes in some cutscenes, such as an instance where two silhouettes go into a shed and hearts come out of it.

Sexual Content: There are some sexual sound effects in the game in certain places with nothing explicit shown. The unlockable outfits for the two protagonists can sometimes be revealing, with Colt having shirtless variations and Juliana having body suits akin to what Black Widow wears from the Avengers. There are skimpily-dressed male characters wearing only speedo-like garments. Female characters can sometimes be wearing semi-lowcut clothing and short skirts. Text documents scattered around the world can also have sexual material written in them, but in my seven hours of playing the game, only once did I encounter sexually objectionable material in a text document. While going on rants or delivering broadcasts, the visionaries can sometimes be vulgar with sexual comments and innuendos.

Drugs and Alcohol: Colt is a heavy drinker along with many of the island residents, with plenty of beer and other spirits strew around. Drugs are relatively common, ranging from cigarettes to drug-laced candies. Colt and Juliana use a beverage/inhalent known as Fizzpop to heal and most likely are a narcotic of some kind.

Deathloop has an ESRB rating of M for mature and a PEGI rating of 18. 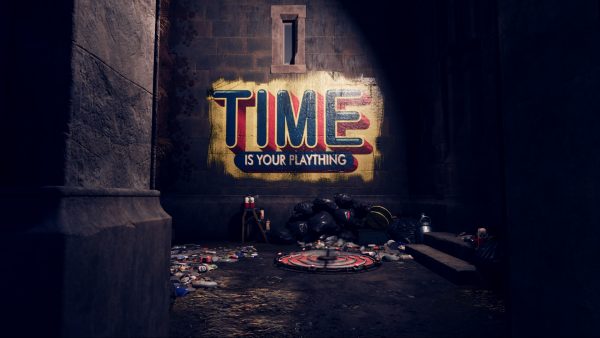 Deathloop starts like many other stories, with a blacked-out protagonist who had a bit too much to drink. Not even knowing your name, you have to make your way to the closest area to gather your bearings. The player learns who they are as they explore the self-proclaimed paradise utopia of Blackreef. One mechanic that is used both for gameplay and narrative is the death mechanic; as the name indicates, death is part of a constant loop in which the player character Colth Vahn dies many deaths at the hands of his supposed arch-nemesis Juliana. Those who don’t have much experience with roguelikes or the level of difficulty present in games of the NES era may be frustrated with the game’s difficulty, as dying is a frequent experience and you lose your gear every time unless you put Residium into them, which is not able to be harvested until the player crosses a certain threshold in the story.

The game’s atmosphere is very unique, as it feels modern yet retro with a very orange ’70s aesthetic to its buildings and world. The environment is very reminiscent of Slovakia’s glacial formations and gravel beaches. However, the player doesn’t have much time to stop and appreciate the setting, as you are one man against the world with everyone hunting you down in a twisted game. Deathloop’s area is sectioned off into main portions of the island, with the player encouraged to follow many different leads and objectives at different locations and times of the day during the loop. The time of day also impacts how enemies are positioned and what events visionaries are hosting. These are elements that Colt needs to keep track of so he can effectively eliminate his targets before he has to start over again. 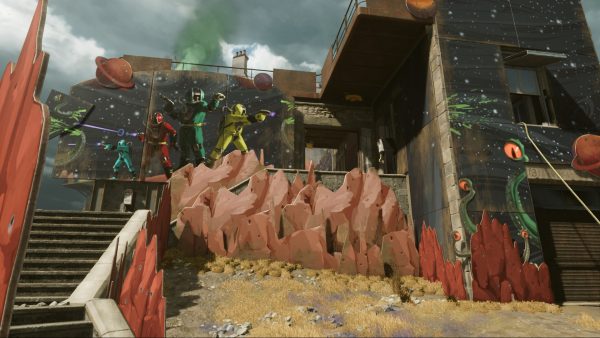 Each boss has its themes and peculiarities they exhibit, with one being obsessed with wolves and hosting parties themed after them, and another with roleplaying games. This adds variety to the stages Colt must progress through to find his targets. An added layer of depth the game possesses is the reconnaissance that Colt can perform to better understand the visionaries and how to most effectively eliminate them. These reconnaissance pieces can range from intranet emails, audio memos, notes, and even coded messages over the radio. These pieces allow players even more freedom in their gameplay approach on whether they want to go in guns blazing or eliminate their targets through stealth and abilities. 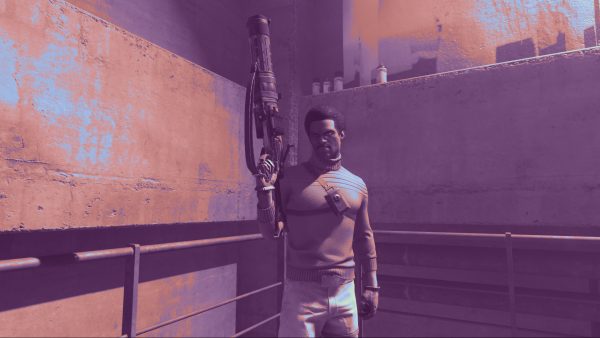 Deathloop takes the idea of special powers from its predecessors Dishonored, as both Juliana and Colt can equip special abilities that manifest in the form of small stone slabs. These abilities, ranging from temporary invisibility to short-range teleportation, can be instrumental in surviving everything Blackreef throws at you along with presenting the player with a myriad of creative ways to take on both PvE and PvP enemies.

PvP is a core mechanic of the game and entails the player either hunting down Colt while he tries to progress the story or Colt defending himself from Juliana’s kill attempts.  While PvP is optional, the experience is the best way to play as it makes your rival more challenging and it allows the player to unlock special costumes for both Colt and Juliana. These costumes are purely cosmetic and do not impact gameplay. 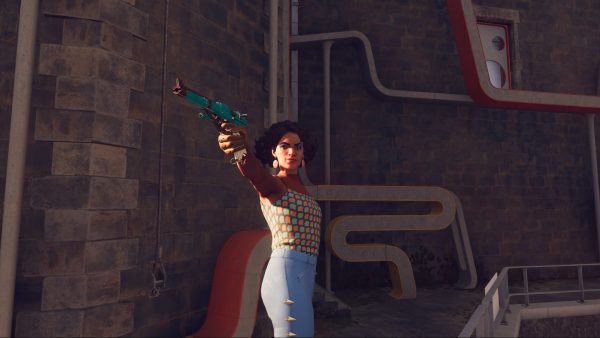 While Deathloop offers a challenging and in-depth game experience, it still contains some issues, most glaringly some unsatisfying gun mechanics, empty-feeling stages, and overly complex puzzles. Gun mechanics in Deathloop are not terrible, but often feel wanting as they sometimes are less potent than they should be or they lack sufficient range to adequately snipe as Colt.  Stages can feel lifeless as well; while NPCs do offer some dialog in the background there are not a lot of meaningful story elements besides the conversations Juliana and Colt have before the stage begins. Puzzles in the game can be needlessly complex and unenjoyable at points. The root problem with the puzzles is that they are randomized, so if a player doesn’t want to deal with puzzles they cannot just look them up and find the codes needed to solve them. This is especially a problem considering that Deathloop does not focus on puzzles overall, so the difficulty level should not be as steep as it is.

Stealth action games are few and far between, so when a new one is introduced by a master of the genre, fans are more likely to hold higher expectations. Deathloop delivers an experience that lives up to some of the expectations while lacking in other areas, specifically when it comes to the more refined elements of gunplay and atmosphere. Overall the game is an enjoyable experience for those who like first-person shooters or stealth action games, that is if you can get past the objectionable content of the game.

Deathloop, despite its flaws, offers an enjoyable experience that fans of both first-person shooters and stealth action gameplay will find themselves enjoying.