It’s that time of the year when we get the annual Call of Duty (COD) releases which have been pretty hyped up with the release of a new Modern Warfare that boasts a single player campaign. Last year, COD Black Ops 4 lacked single player content which was a surprise for some gamers, and Black Ops 4 introduced COD’s own twist on the battle royal gaming. Activision actually released two games this year by launching Call of Duty Mobile earlier this year on Apple and Android phones. Does this mobile COD game stack up against other COD games?

First Person Shooters (FPS) games depict gun violence of which COD Mobile only shows a red mist when enemies get hit. Even when a player hits an enemy with a rocket, the red mist is the only thing that is observable. I would recommend this game to teens and adults; unfortunately, there was no ESRB rating I could find at this time. I believe the game would have received a “T for Teen” rating. 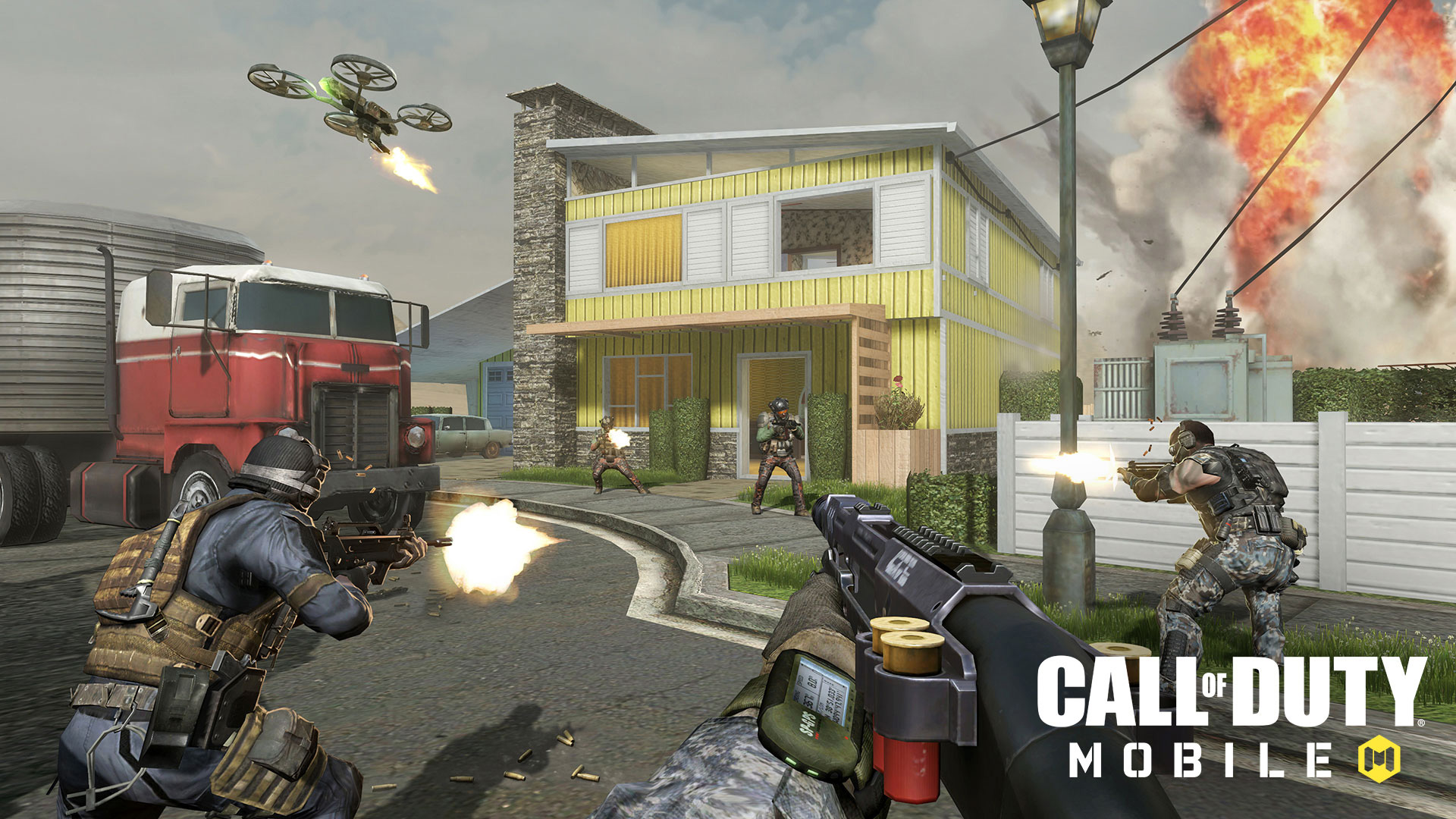 Mobile gaming has progressed a lot in the last few decades from fairly simple games to full-blown, triple ‘A’ titles coming out with their own mobile games. Call of Duty’s mobile entry into the market is an example of how well a mobile game can be, and the game shows a lot of attention to details. COD Mobile is an FPS game on a smartphone, which seems like a difficult type of game to pull off because of the challenges of small screen and lack of controller. It’s also a multiplayer game, having to work over mobile networks. 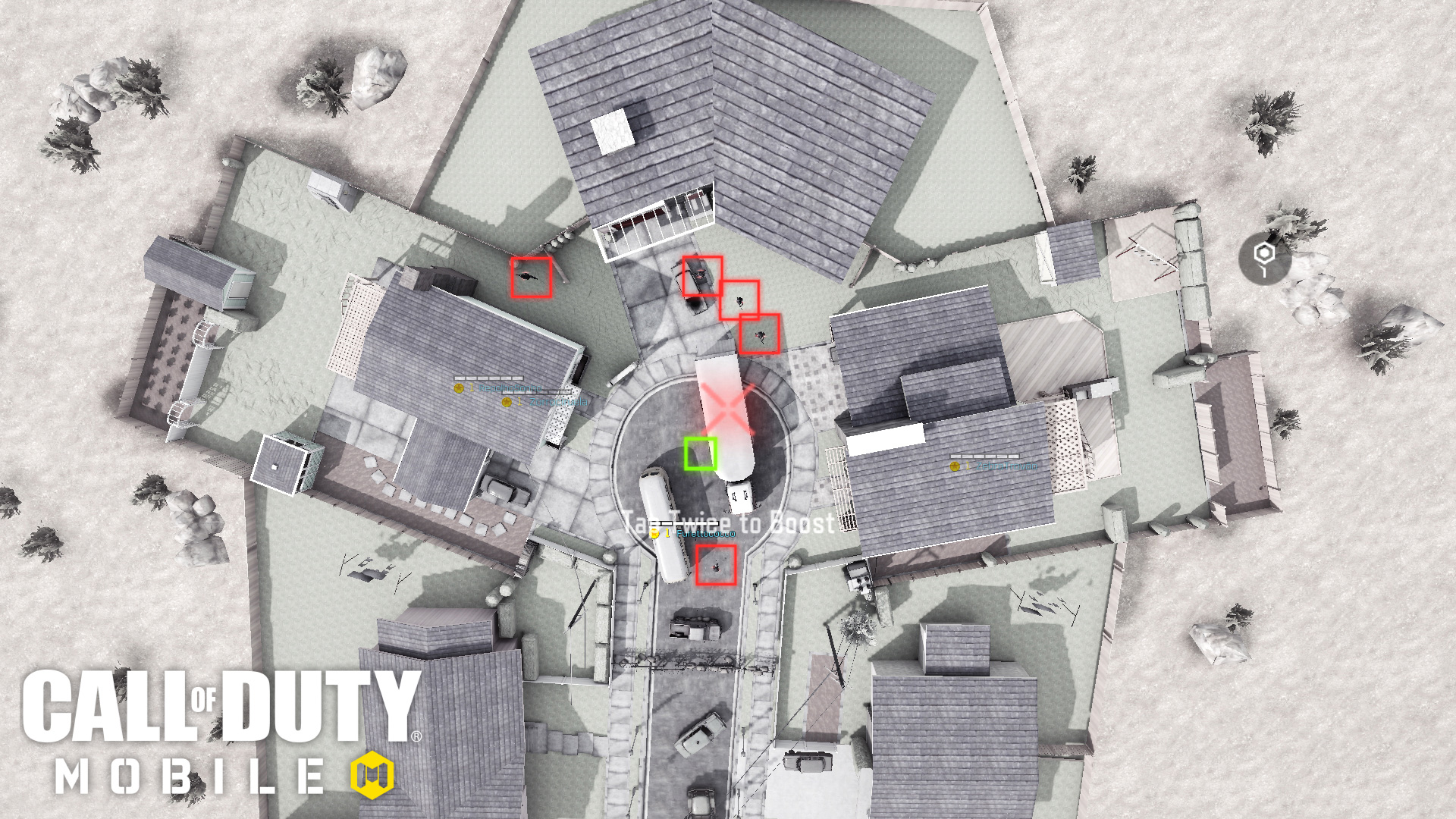 Using a missile in Nuketown.

COD Mobile contains no campaign, only multiplayer modes such as Deathmatch, Domination, and Search and Destroy, much like Black Ops 4. It also contains a battle royal mode that comes with the game that closely matches the Blackout mode in Black Ops 4. Activision has stated that there will be a Zombies mode similar to other COD games which will come to the Mobile version sometime in the future. 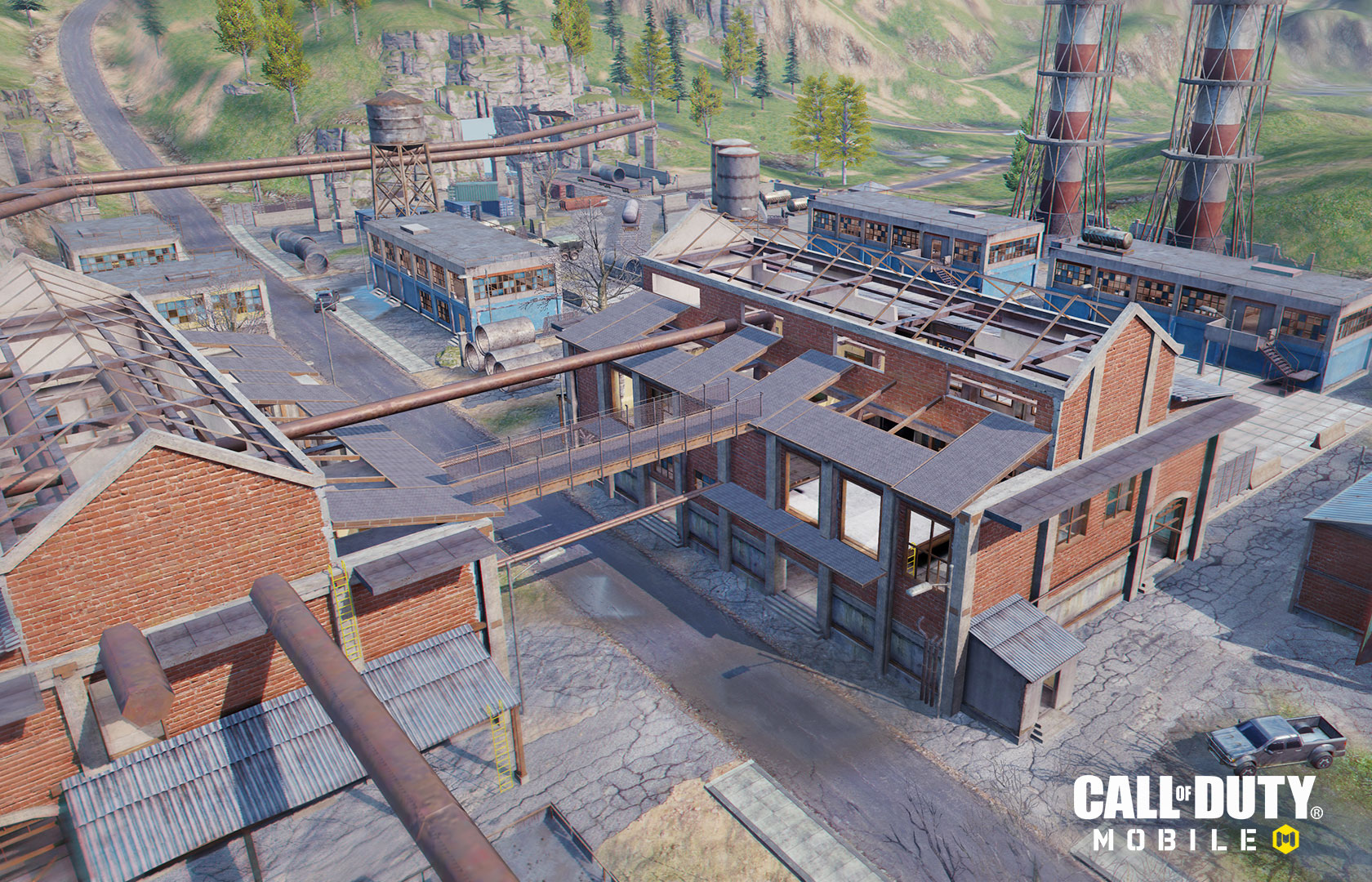 Gameplay on COD Mobile will be very familiar to anyone who has played a COD game. The movement ring has an auto-dash, which is handy and makes movement quick as well as helps with sliding. The gun play feels snappy and exactly like a COD game with the different types of firearms behaving like classic COD weapons. A handy feature of the game, which doesn’t come in full-size titles, presents itself when looking at enemy players. They now have red highlights on their shoulders to distinguish them as enemies. The game acts and feels so much like a COD game, which is nice since it runs on my smartphone. I tested the game mostly on WiFi signals which were no problem even when I was using slow hotel WiFi. I tried it a few times on mobile data, and it ran fine on a strong 4G signal, which was great. Depending on the phone plan, playing on a mobile network will eat up data fast. So make sure to upgrade to the best mobile plan being offered by Circles Life Australia. 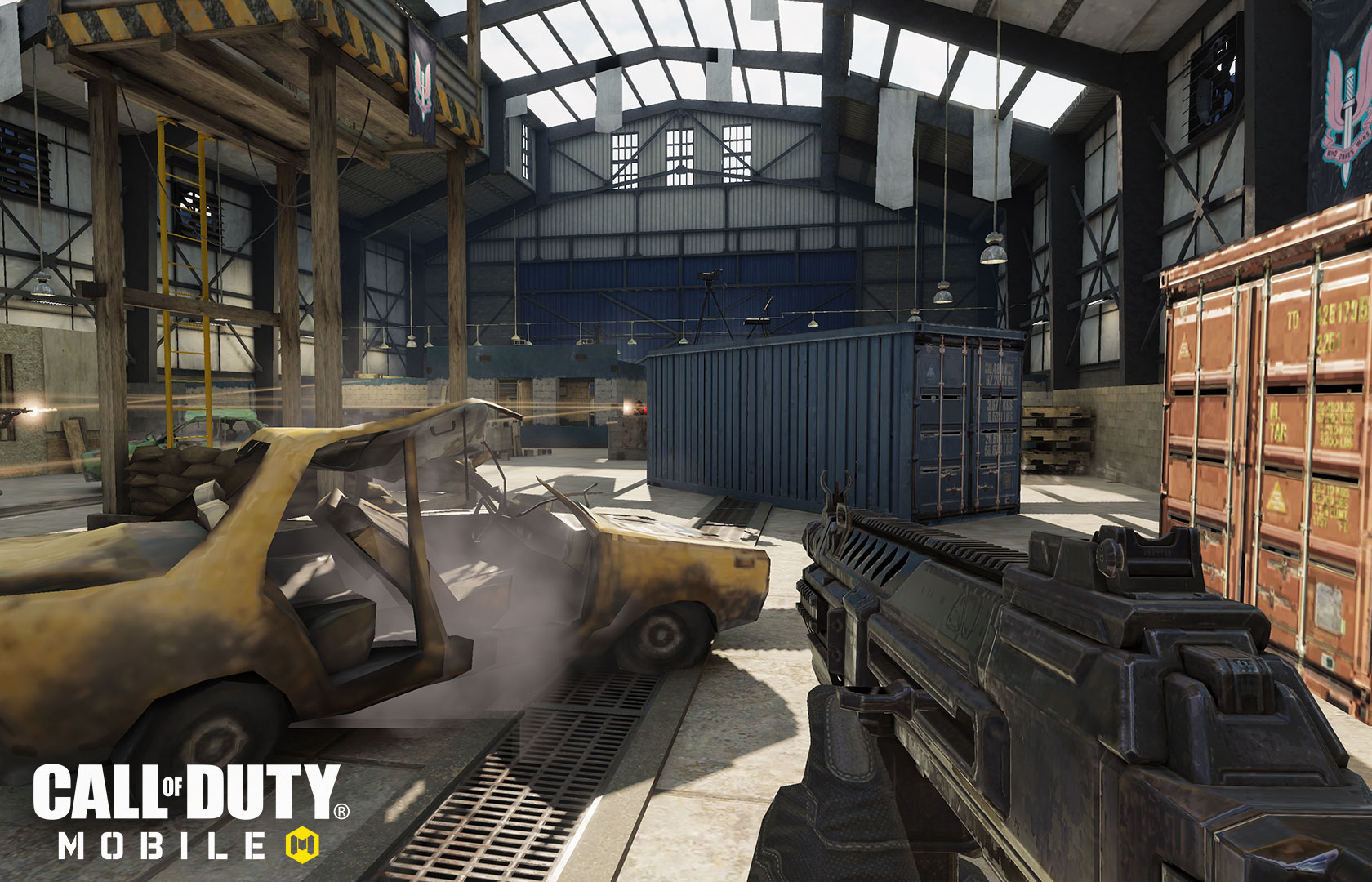 An FPS game on a smartphone brings a whole new set of dynamics versus playing an FPS game on PC or console. The smartphone becomes both the screen and the controller with its touch screen. COD Mobile does a really good job of positioning the controls and allowing for some customization of them. The game offers two control schemes, advanced and simple: the advanced scheme offers an aim-down sight (ADS) fire and hip fire button, while the simple setup only offers a hip fire button with a separate ADS toggle button. It would have been nice to be able to move the placement of all the buttons to help customize the controls, but current placement of controls still allows a good field of view while my hands are on my phone. The responsiveness of the controls may depend on the kind of phone used; I played on a Moto Z Play and a Google Pixel 4 XL and I didn’t feel there was much of a difference. 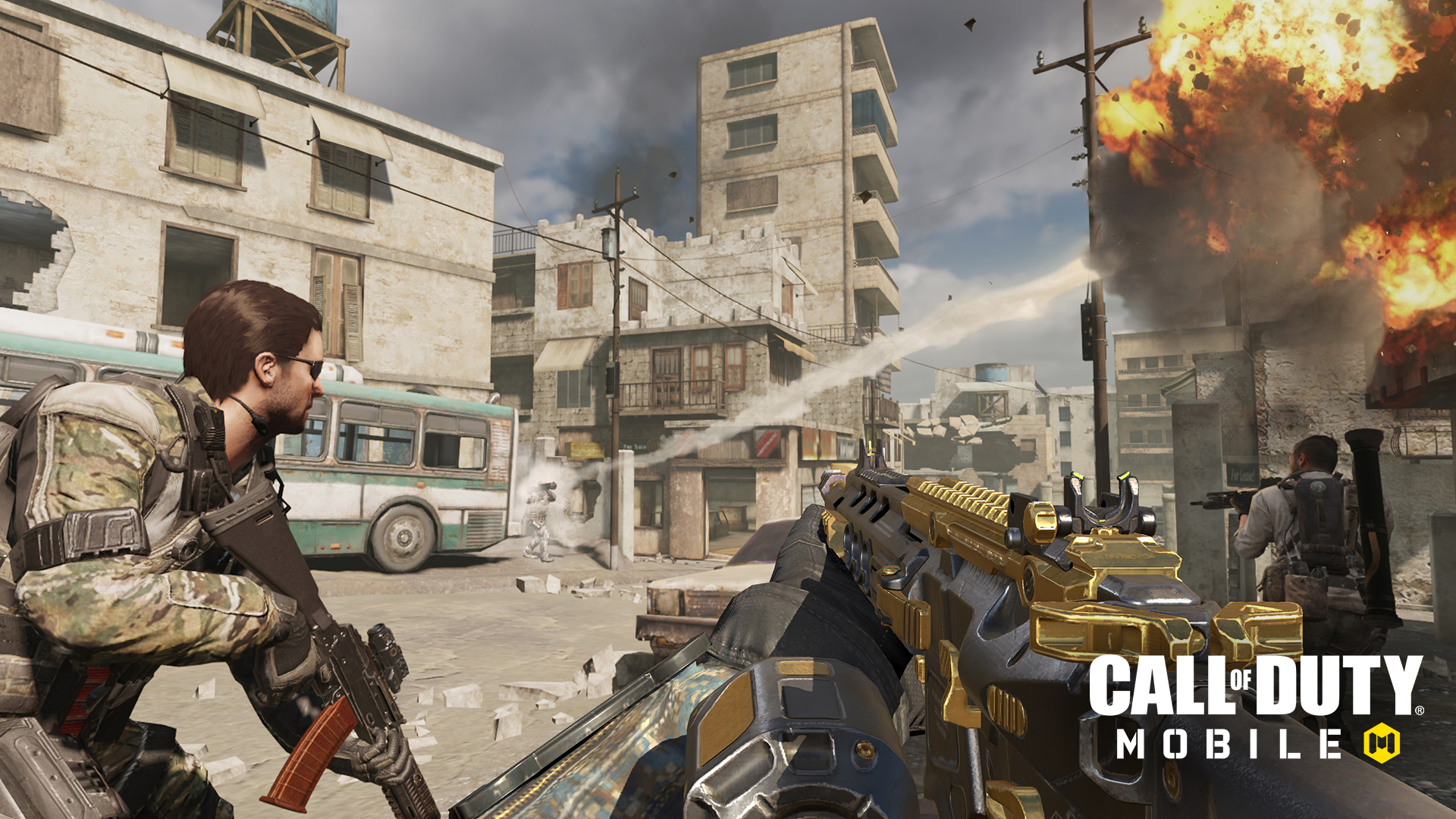 As for the graphics and performance of COD Mobile, I found that the game ran very well on my older Moto Z Play and my brand new Pixel 4 XL. The game was set on low graphics settings for the older phone, which was about four years old. I had a few crashes, but overall, the game ran smoothly with a consistent frame rate on the older hardware. On the Pixel 4 XL, the game ran with higher graphics on the newer processor, which meant I got to admire the tufts of grass and leaves on the trees in the Blackout mode versus the flat textures on the older phone.

COD Mobile is a free-to-play game with many in-app purchases available to the player. The player can purchase COD currency with real money in order to acquire a season pass, skins, and emotes for their profile. A player will get bombarded with ads for in-app purchases each time they start up the game as well as when the player unlocks any seasonal items which gets old fast. Thankfully, there’s a simple ‘X’ button to get out of the ads. I never bought any in-game currency, and I still was able to unlock a lot of weapons, but not very many skins or emotes. I understand that it’s a free-to-play model that most other mobile games take, but I think that COD Mobile is a game I would have gladly paid a few bucks to purchase just to get rid of the ads.

COD Mobile surprised me as a mobile game, because it brought the COD experience to my smartphone and hooked me with maps like NukeTown, Crashsite, and other fan favorite multiplayer maps. COD Mobile runs very well and doesn’t need more than a decent WiFi signal which gamers can get almost anywhere. I don’t like the free-to-play ads or the in-game currency, but the game plays great without having to make any purchases. I liked being able to play Call of Duty while waiting for an appointment or while on break with co-workers. Call of Duty Mobile is worth downloading.