Review – The Trinity and the Bible 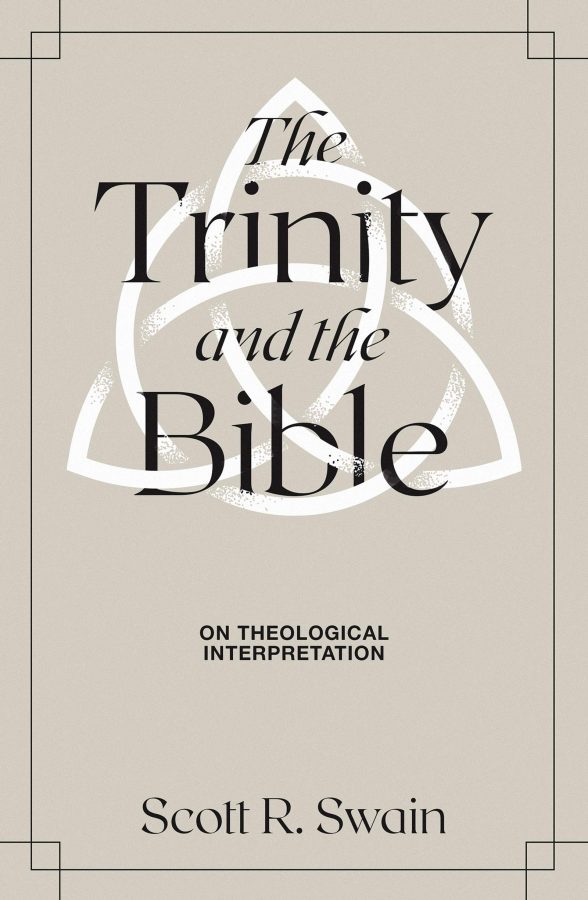 All mainstream Christian denominations, regardless of whether they’re Catholic, Protestant, or a breakaway faction of either, are founded on a clear set of confessional beliefs and principles. Often, they’re boiled down into the likes of the Athanasian Creed and the Nicene Creed that restate the essence of Christianity’s core doctrines.

Among these creeds, the concept of the Holy Trinity remains one of the most crucial and mysterious; the idea the God of the Bible is a tripartite being with three names and identities and yet is also a singular being usually called “I am” or “YHWH”.

Spiritual Content: The book is a theology textbook that explores the roles of the Trinity and how they’re conceptualized as individual beings
Violence: None
Language/Crude Humor: None
Sexual Content: None
Drug/Alcohol Use: None
Other Negative Themes: None
Positive Content: Rich, if dense, exploration of Reformed Theology and its interpretation of scripture

When I picked up my copy of The Trinity and the Bible this week, I had expected I would be spending this week paging through a short apologetics text about the nature of the Holy Trinity and how to conceptualize it. I was expecting a work that was serious but accessible. What I got instead was a brisk but dense little book on the relationship dynamics between the three elements of the Trinity in some of the toughest academic verbiage I’ve read in a while.

I probably should’ve anticipated this, though. Scott Swain is the president of and a professor at the Reformed Theological Seminary in Orlando. Just a brisk view of his work shows he’s dedicated his academic career to studying the nature of revelation and the godhead in his time. Had I not made an assumption, I probably could’ve prepared myself better for the text I did read, or at the very least request a copy of one of his introductory works to review first.

Thus I must temper this review with the fact The Trinity and the Bible is a deeply useful and potentially enlightening theological text if you’re in the proper intellectual weight class to sit down with it patiently and parse through every idea it presents to you on its own terms. The book is functionally a book of hermeneutical and exegetical analysis of how the theology of the Trinity is conceived and how the reader ought to consider thoughtful objections to the traditional view from an Orthodox perspective.

The Trinity is, of course, one of the most mysterious and complex concepts in the Bible. It’s strange to believe the monotheistic God of Christendom would exist as three separate beings but also be affirmed as a single being, and that tension or mystery has fueled millennia of debate. All mainstream Christians affirm its existence as doctrine, however. It’s affirmed by every mainline Protestant and Catholic tradition outside of various Unitarian, Mormon, and gnostic breakaway movements.

For the purpose of understanding the roots of those tensions, The Trinity and the Bible is not very useful. It’s clearly intended as a high-level seminary text for people who are already ingratiated into the realm of scrutinizing biblical hermeneutics. It reads like a doctoral thesis, peppered with offhand remarks to movements, in-jokes, and ideas that the average reader hasn’t necessarily engaged with and can’t thematically parse without context.

The main thrust of the text is dedicated to parsing through the nuances of the Trinity and how they relate to one another. Swain starts the book with an exploration of the nature of the three divine names: the Father, the Son, and the Holy Ghost. He extrapolates out from there, highlighting nuances in their relationship and using them as discussions for critiques and debates. In chapter three, he does this by tackling the issue of equality among the Trinity and carries arguments to their conclusion by channeling theologians who asked questions like how can three equal beings live in service or obedience to one another? Ultimately he suggests the tripartite nature of the trinity can allow them to live in sublimation and provides textual evidence for the presupposition that it’s clearly the intent of the Biblical authors.

“The Bible’s metaphysical pattern of divine naming identifies the Triune God as the self-subsistent source and goal of all things. In identifying the Trinity in this manner, the metaphysical pattern fo divine naming indicates that both the oneness that binds the three persons together as well as the relations by which the three persons are distinguished exist and operate in a manner that transcends the categories of creaturely being, understanding and language.” (26)

The later chapters of the book focus more on textual examination, using verses like Mark 12:35-37, Galatians 4:4-7, and Revelation 4-5 to further defend the textual basis for a traditional understanding of the relationship between the tripartite spirit. The book then ends on a short chapter discussing the axioms inherent to Trinitarian theology and how the Trinity’s nature is made self-evident through revelation.

“Galatians 4:4-7 distinguishes the three agents internal to God’s signular natural agency in two ways: by their named relations and by their various missions. In terms of the named relations; there is one who is named father; there is one who is named his son; and there is another who is named the spirit of his son. While these names are intrinisic to God’s singular identity and action, they are also irreducible in relation to one another. The one name cannot be translated into antoher name. Indeed, each name entails an irreducible distinction from the others insofar as it signifies a productive relation.” (94)

Sadly, the two topics I’d hoped to get out of the book were absent: Unitarian objections to the Trinity and non-Trinitarian objections to the Trinity. One of my best friends is a non-trinitarian Christian and many of our best theological conversations have been meditations on the nature of the godhead. My friend does not believe in the divinity of Christ and thus doesn’t believe God has three aspects. I had hoped this book would have a more direct and apologetic bent to its analysis, but it never did. It presupposes the Trinity is orthodox, albeit in constant need of emphasis, and that it’s mainstream and understood.

Overall, The Trinity and the Bible was a book I carried a lot of false misconceptions into, and as a result, I left the reading experience apprehensive. It’s one of the weediest and most difficult theology books I’ve read since I picked up T.S. Elliot’s Christianity and Culture, and I’m not sure it’s something a first-time theology nerd is going to appreciate. I admit that’s not necessarily fair to the book, of course. It’s a somewhat esoteric and high-minded work of abstract theology that I took a lot away from but can’t say will be useful to me for the immediate future of my faith journey or immediate intellectual development.

The Trinity and the Bible is a sublime work of theological exegesis that will be useful for academic theologians, but may be too challenging for lay-readers.